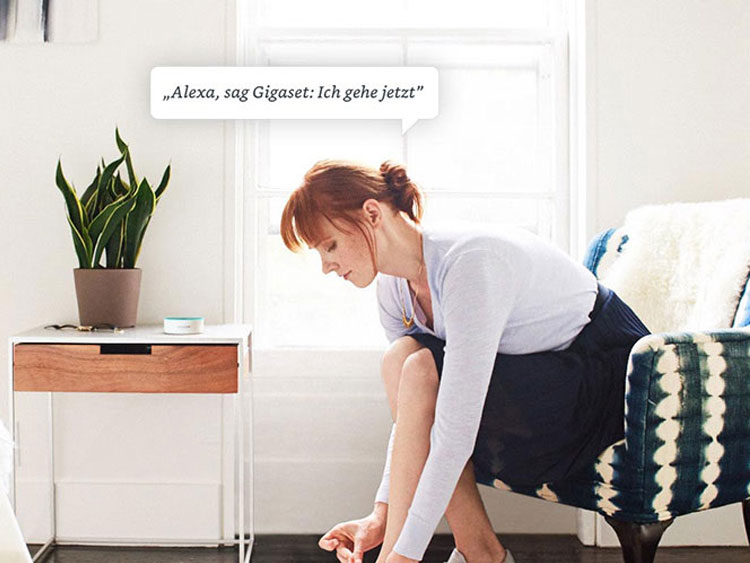 Since its launch some years ago, Gigaset’s alarm system has offered a reliable solution for protecting the home against burglary, theft, fire and water, as well as numerous other options for users to make their own four walls smarter in a customized manner. Gigaset is now expanding its portfolio again and connecting the system with Amazon’s Alexa voice service.

Gigaset established itself on the smart home consumer market early on and developed a low-cost, flexible and customizable solution to protect houses and apartments that was based on the DECT standard the company has used for years in its cordless phones.

The smart “alarm system for everyone” has been available since 2012. The hardware portfolio, which consists of various sensors and actuators, is now being expanded with integration of Amazon’s well-known and widespread Alexa voice service. That enables smart voice control of Gigaset’s own solutions by means of Amazon Alexa.

The Gigaset elements smartphone app is currently used as a central control panel. Users can monitor and control their own four walls at a click thanks to its intuitive interface. The advantage: They can check whether everything is OK at home from anywhere – when they’re shopping in their local supermarket or on vacation on another continent. Sensors on the door and windows immediately report any danger, such as from an attempt to force entry into the home. Motion sensors, a surveillance camera, switchable sockets, an alarm siren, a water sensor and smoke detectors round out the portfolio and ensure convenient security. 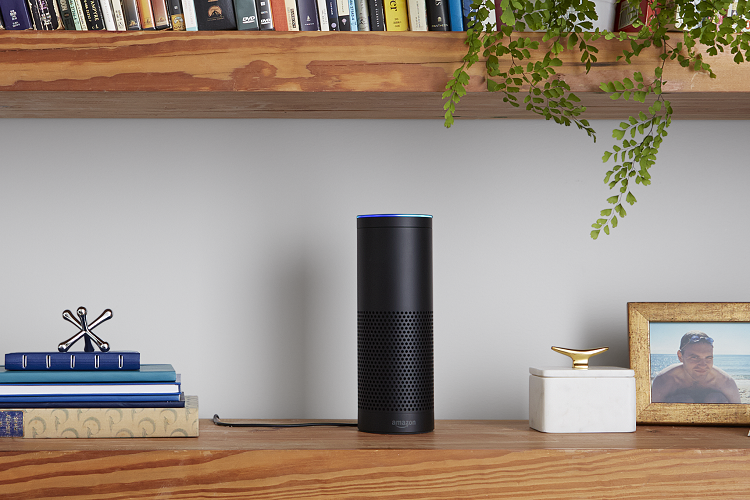 Yet the Gigaset elements alarm system not only warns about burglary and damage by the elements, but also makes users’ own four walls smarter. The wireless button and plug can be used to turn lights or other electronic devices on and off quickly. The result is a blend of security and convenience for customers.

By integrating Amazon Alexa Skill, Gigaset is now taking a further step toward opening up smartly to third-party systems and services. “Nothing is easier, yet so clear as voice commands,” explains Dirk Kelbch, Head of Smart Solutions at Gigaset. “That’s why connecting the Gigaset elements alarm system with Amazon Alexa is of great benefit to customers. This synergy and the possibility of controlling the alarm system by voice generates new and added convenience.”

Ideal complement for an even smarter home

With its voice service, Amazon is a key player with a widely used solution on the smart home market. Connecting the Gigaset elements alarm system with Amazon Alexa transforms the user’s own four walls into an even smarter environment. Amazon Echo links up with the Gigaset alarm system at the cloud level. All users need to do is to activate the relevant skill in the Amazon Alexa app in order to control the system with their voice by means of Amazon Alexa capable devices.

By saying “Alexa, tell Gigaset I’m going now,” the system is switched to “not at home” mode and the alarm system is enabled. Or the command “Alexa, tell Gigaset I’m going to bed” activates night-time mode and the sensors on the doors and windows are enabled to offer security against potential intruders. The switchable plug can also be controlled by means of a separate skill.

Integration of Amazon Alexa is a further step in opening up Gigaset’s solution to third-party systems and services. Gigaset’s aim in doing this is to improve customer benefit and convenience. Other useful scenarios will also be examined and integrated in the alarm system’s task area on the basis of the open API interface as part of collaboration with partners.

The smart home alarm system from Gigaset enables comprehensive protection of homes, starting from presence simulation and hence prevention of potential break-in attempts. Users are notified of attempted tampering and break-ins right away by the app. Customers greatly appreciate the system’s inconspicuous and simple design, which does not catch the eye of users or potential intruders, meaning the police can be alerted in an emergency even before the perpetrators have left.

The Gigaset elements alarm system is available from specialty retailers and in the Gigaset online shop. You can find useful tutorials on how to put the system into operation on the Gigaset YouTube channel.