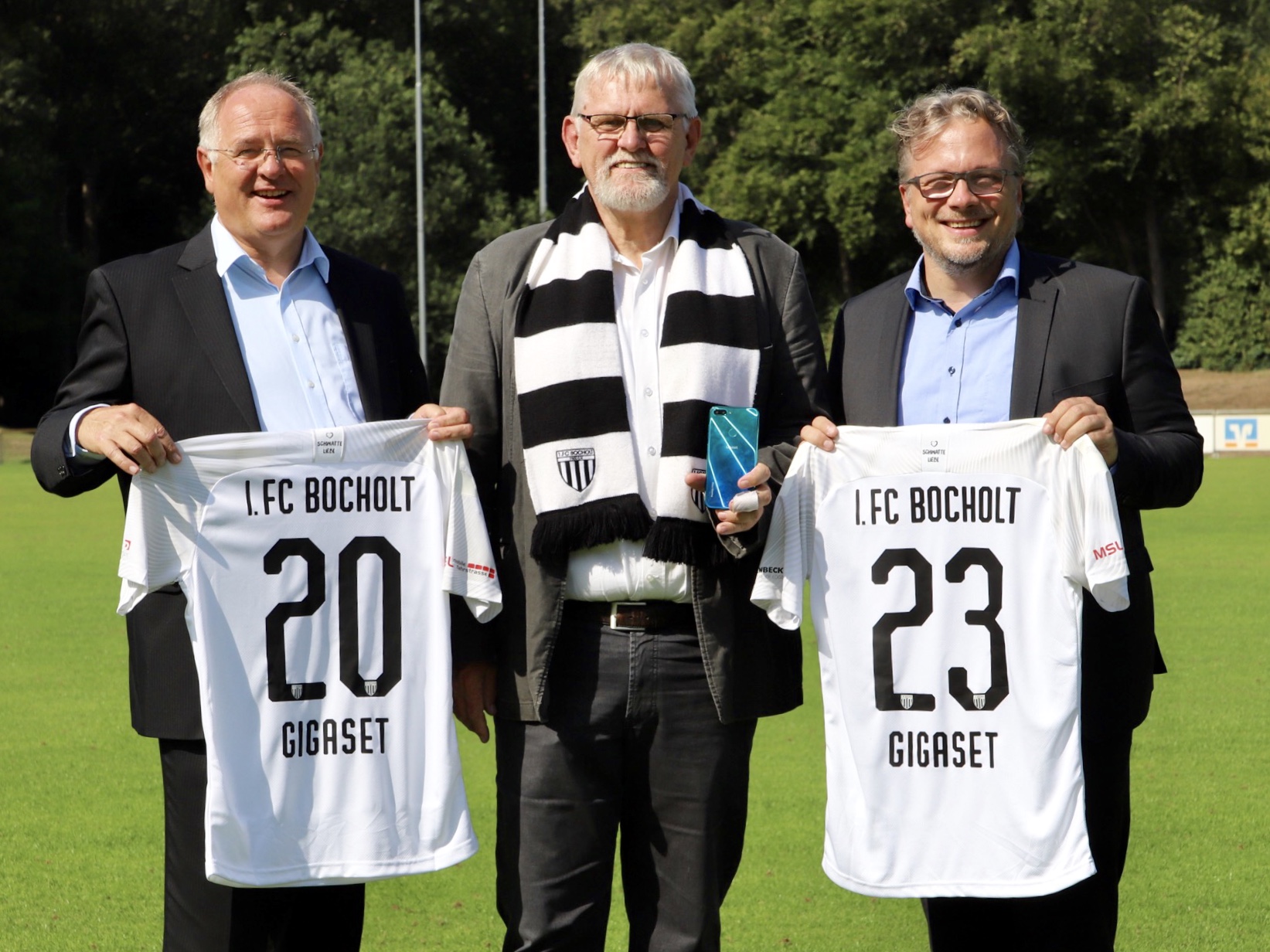 FC Bocholt is now playing in the “Gigaset Arena”

Gigaset is expanding its sponsoring activities and will be a premium partner of the traditional German soccer club FC Bocholt starting from the 2019-2020 season. Gigaset, a leading telecommunications company from Germany, with longstanding roots and a factory in Bocholt, also secured the name rights to the Am Hünting Stadium, which will now bear the name “Gigaset Arena.” Both sides agreed to a league-independent four-year contract valid until 2023.

Gigaset has already been a business partner of FC Bocholt since 2017 and is now significantly expanding its involvement with the German Oberliga soccer club. “We are very proud that Gigaset is increasing its sponsoring activities in our club,” says Ludger Triphaus, President of FC Bocholt. “It was important to us to find a strong and reliable partner with roots in Bocholt to be the next in line to give its name to our stadium. Gigaset, as an internationally operating company, known worldwide and based in Bocholt, was our first choice right from the start,” Triphaus goes on to say, stressing the very positive discussions with the management.

“Just like Gigaset, FC Bocholt stands for a sense of tradition, performance and quality. These characteristics will also unite us in the coming years,” says Klaus Wessing, CEO of Gigaset AG. “In sponsoring FC Bocholt, we are continuing our strategy to ensure higher visibility for Gigaset both at international level with FC Bayern Munich and now also increasingly at regional level as a partner of the sport.”

In addition to the stadium name “Gigaset Arena,” Gigaset has also secured a host of other communication opportunities around FC Bocholt. In the area of social media, in which FC Bocholt is regarded as a pioneer in the region and has already won awards for its activities, Gigaset wants to show a stronger local presence.

“Our aim is to get fans and members of FC Bocholt excited and to actively involve them in our activities,” says Raphael Dörr, SVP Corporate Communications & Investor Relations and SVP Sponsoring at Gigaset AG. Dörr sees major potential in particular in the area of smartphones: “Gigaset has undergone a huge transformation in the last few years. We want to use our broad smartphone portfolio to also increasingly reach the young target group. The Gigaset GS185 was the first smartphone “Made in Germany” – and it was produced here in Bocholt. That means it’s simply the logical choice for us to sponsor the local sport and, together with the young talents in the highest playing soccer club in the region, also reach the club’s large fan base,” stresses Dörr.

Gigaset is thus once more stepping up its local commitment in and around Bocholt. Within the company’s CSR activities, sustainability and social issues have top priority. Sponsoring regional clubs and activities in the area of sport and events, well as a continuously improved carbon footprint, form the package of measures with which Gigaset as a company with local roots aims to help make the region attractive and a great place to live.

Benedikt Püttmann, Head of Youth, Family, School and Sport for the City of Bocholt, also pays tribute to Gigaset’s increased commitment: “It’s great that Gigaset as a globally operating company is so committed to its roots and is also sponsoring local sport so much. With its commitment, which goes far beyond its activities for FC Bocholt, Gigaset is more than living up to its social responsibility.”