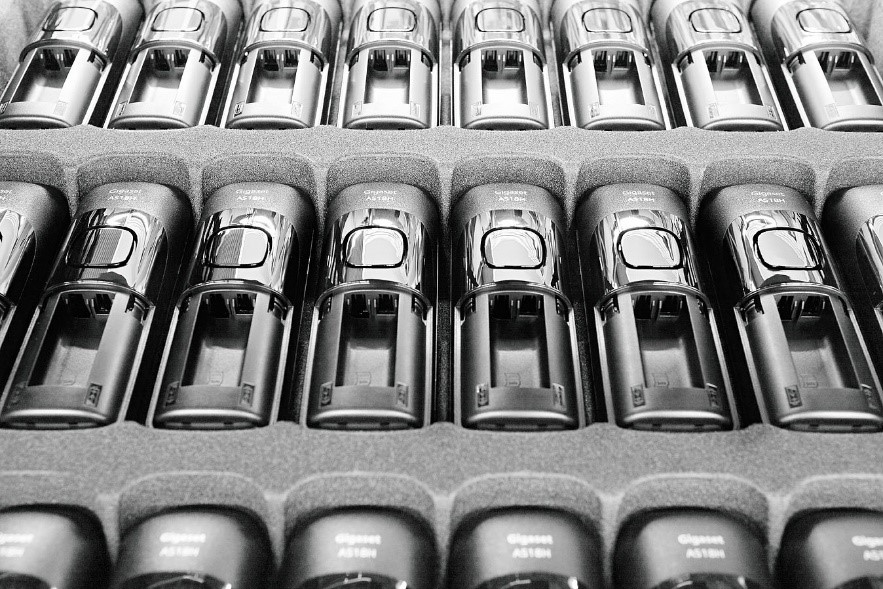 Gigaset has been presented with the special award “German Traditional Brand” for its “constancy in corporate values.” The PLUS X AWARD jury bestows the award on companies that have remained loyal to Germany as a place to do business, have displayed responsibility toward their customers, employees and partners over decades, and exert a positive influence on their industry with the enduring constancy of their values. Gigaset has thus joined the who’s who of German business: Companies such as Adidas, BMW and Zeiss also picked up awards.

“We are exactly where we belong,” states Klaus Weßing, CEO of Gigaset AG. “We have made products in Bocholt since 1942 and have sold our cordless phones worldwide for 25 years. Yet they are still made here in Germany – like just about all our products.” More than 500 employees at the Operations Center in Bocholt develop, design and produce not only fixed-line phones and business telephony solutions, but also innovative smart home systems and, since 2018, even smartphones – with durable quality Made in Germany.” 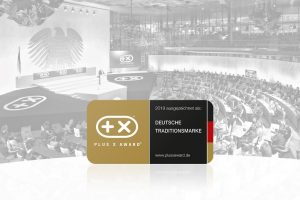 “We are one of the many German companies who have had to keep on reinventing themselves since the advent of digitalization,” adds Weßing. “Yet despite all the changes in the way people communicate, we have always focused on two key strengths: our expertise in fixed-line phones, where we’re the European leader, and the fact that we have kept the lion’s share of our product’s value chain in Germany – from procurement and production to logistics.”

Committed to the company’s own values

“The readiness and courage of the company to make mistakes, learn from them, be guided by what customers want and likewise adapt to the spirit of the age in the course of its history are, in my eyes, great traditional values,” says Donat Brandt, founder and President of the PLUS X AWARD.

The “German Traditional Brand” award is prestigious confirmation of the strategy Gigaset has pursued over the past years. Whereas fixed-line phone business has declined slightly, CEO Klaus Weßing has committed intensively to broadening the company’s base through new product segments: “We laid the right foundations in good time: the segments Smart Home, Smartphones and Professional for business customers have posted constant growth over time. Yet we have never neglected our roots in phone business. And we have high hopes from the coming smartphone models.” The first smartphone – the GS185 – was produced in Bocholt in 2018. In March 2019, Gigaset then presented its next smartphone made in Germany, the GS280 with a large display and powerful battery, thus adding a further chapter to the history of innovation from North Rhine-Westphalia. Sustainability is also a key issue for Gigaset – the products are not only made in Bocholt, but all the devices are also repaired there. Gigaset can mend its own devices in its Repair Center, even if they were bought years before – that cuts costs for customers and is eco-friendly.

Tradition means a strong footing for the future

“Exemplary brand management is not just the backbone for our German economy, but also makes an incomparable contribution to Germany as a brand,” adds Donat Brandt. “It’s not only part of our economic culture, our striving for excellence, but it’s in particular the credibility, clarity of vision and strength with which we drive great ideas and innovations that make German ideas and German corporate governance so influential in world markets.”

The PLUS X AWARD marks an ideal start to a year in which the new German Traditional Brand award winner Gigaset will launch a raft of new products on the market: Gigaset will further expand its Smart Home systems. Several smartphones have been announced and the Professional segment will deliver innovations that create new means of communication for small, medium-sized and large enterprises. “We aim to do a lot in 2019. And we have also finalized our agenda up to 2025,” sums up Klaus Weßing. “Our company’s tradition and Germany as a location for our business will always play a role in everything we do. The ‘German Traditional Brand’ award will keep on reminding us of that.”