Gigaset Blog | News | Smartphone News | The new Gigaset Smartphones GS3 & GS4: The colorful baby of the family and its big brother “Made in Germany” 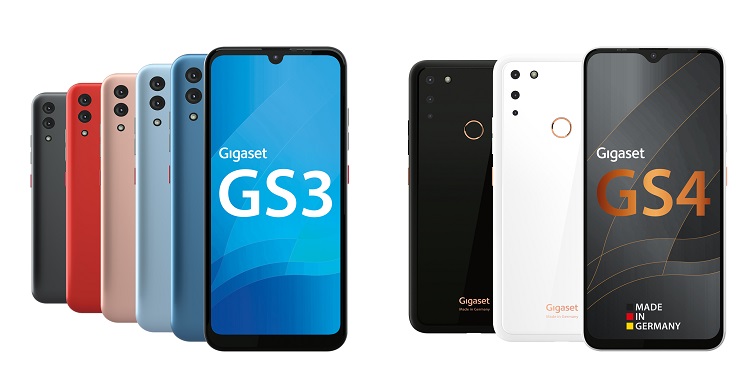 The new Gigaset Smartphones GS3 & GS4: The colorful baby of the family and its big brother “Made in Germany”

Full of character, customized and a real eye-catcher – the new look and feel of the two Gigaset smartphones GS3 and GS4. Both have large, bright, high-definition displays and powerful batteries. The smaller of the two siblings impresses with features such as wireless charging and a replaceable battery, while the bigger one also boasts NFC and a triple camera system. Gigaset is blazing the way with both models in the price segment below €230. The new, simple naming convention underscores the company’s smartphone strategy: As of the launch of the GS3 and GS4, its devices will always bear the letters “GS” and an ascending number denoting the model line. Gigaset is also taking the next step to make its packaging as resource-conserving as possible: The new smartphones come in compact boxes certified as climate-neutral under the FSC recycling standard.

2019 was the year for smartphones at the fixed-line telephony pioneer Gigaset. The company demonstrated its breadth in the mobile device arena with the robust outdoor device GX290, the GS195LS for senior citizens or the Chubby Unicorn phone for kids and youngsters. “People have a lot of trust in the Gigaset brand, Europe’s market leader in cordless fixed-line phones,” says Anne Dickau, SVP Product House at Gigaset. “We’re also succeeding more and more in building that trust in the smartphone arena, an important growth segment for us. That spurs us on even further.”

The new GS3 and GS4 models are the direct successors to the GS190 and GS195 – and in every respect a further development offering features that are not commonplace in this price class: “We focus on functions that deliver genuine added value to users. As we know, they definitely include wireless charging, NFC for contactless payment and a replaceable battery,” states Andreas Merker, VP Smartphones at Gigaset. “If the customer wishes, we also put the notification LED back on the front without that compromising the size of the display.” Moreover, the GS4 is now the fifth smartphone “Made in Germany” that Gigaset designs and produces at its factory in Bocholt, North Rhine-Westphalia[1]. 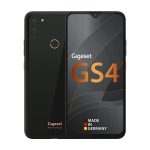 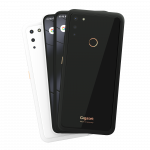 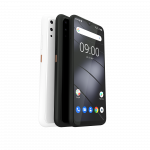 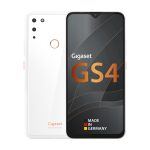 Deep Black and Pure White – colors that spell out that the Gigaset GS4 is a product embodying purpose and linearity. The 6.3” full-HD+ display with a resolution of 2340 x 1080 pixels contains the sensors, while the selfie cam is located in the V notch. The rear is made of tempered glass and has a triple camera system with the lenses of the main camera (16 MP), a wide-angle camera (5 MP) and a macro camera (2 MP) and the LED flash. The lenses have no frame, so they dovetail into the surface – thanks to this design, the smartphone lies flat on smooth surfaces and does not rock from side to side.

The 4,300 mAh battery offers great staying power and can even be replaced quickly and easily by users themselves – an important sustainability aspect for Gigaset: If the battery’s power declines over the years, it can be replaced cheaply without the need to send the smartphone off for that. That extends the device’s potential service life, and customers don’t have to be without it for a single day. The battery also supports fast wireless charging at up to 15 watts with compatible power supply units – simply place it in the cradle without having to fumble around trying to find the charging socket. NFC permits contactless payment, for example with Google Pay, and Bluetooth 5.0 ensures stable connections to the true wireless headset or Bluetooth box. Inside the casing, the Helio P70 octa-core processor from MediaTek with a CPU clocked at up to 2.1 GHz ensures that all the apps perform smoothly.

Because they had been produced at the company’s own factory, previous smartphones “Made in Germany” could be personalized with an individual engraving – whether the owner’s name, a dedication or a motto. With the GS4, it will be possible for the first time to have an individual photo adorning the entire rear of the device – transforming it into a very personal accessory. 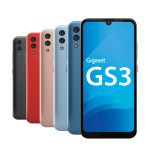 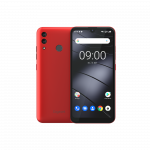 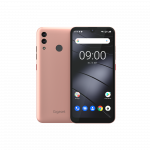 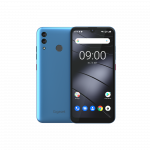 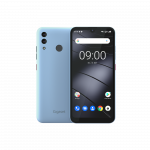 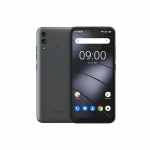 The GS3 is the other one of the two diverse siblings. Alongside its big, linear brother, the GS4, the baby of the family is a slightly more off-beat big kid, playful and carefree. It comes into the world in the color Graphite Grey. However, the replaceable rear shell means the GS3 cuts a fine figure in every situation. A replaceable shell costs just €3.99 and can be ordered from the Gigaset online shop in Racing Red, Classy Rose Gold, Arctic Blue or Oceanic Petrol. So if owners have had enough of one color, they can simply switch the shell for a new look.

The GS3 is also a genuine endurance runner – its powerful 4,000 mAh battery enables wireless charging at up to 10 watts and, like that of its big brother, can be replaced. It is minimally smaller, but weighs in at 172 grams or almost 20 percent lighter. The 6.1” HD+ U notch display has a resolution of 1560 x 720 pixels. The GS3 has an 8 MP selfie camera, while the frameless main camera on the completely flat rear has 13 MP. And if users want to fit a bit more into their photos, there is the 8 MP wide-angle camera. The efficient Helio A25 octa-core processor from MediaTek delivers sufficient computing power for everyday applications.

New additions with a family resemblance

As unlike a pair the siblings GS3 and GS4 may seem at first sight, they cannot deny that they are related: Both have a 4 GB RAM and 64 GB memory and run under Android 10. They have slots for two SIM cards, for example, for private and professional use or for a prepaid card when traveling abroad – as well as for a memory card to enable up to 512 GB of additional space for an almost infinite number of photos and videos. They indicate calls or messages with their notification LED and recognize their user with the front camera. Both smartphones can also be unlocked quickly and easily using the fingerprint sensor on the rear and by facial recognition. 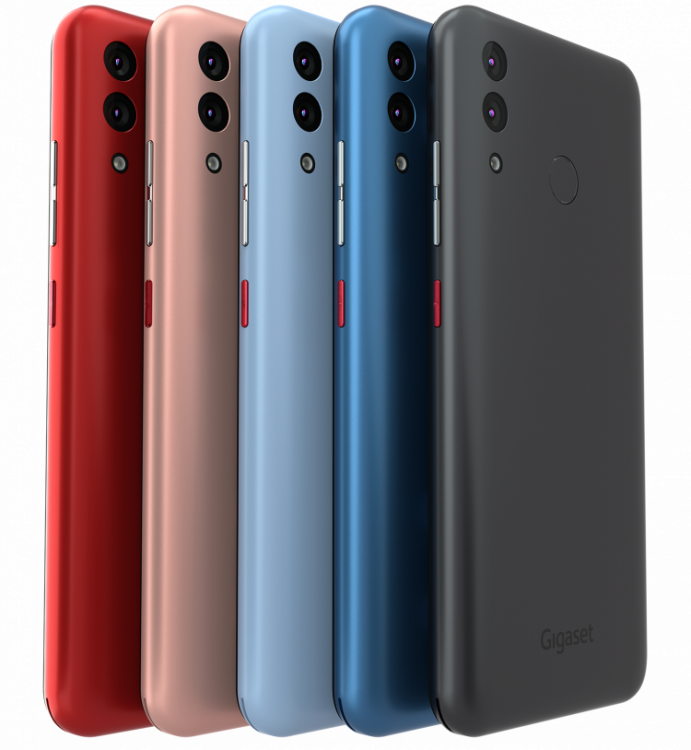