Life & Living Award: Gigaset is one of the most popular smart home providers in Germany

This year, for the second time, the German Institute for Service Quality (DISQ) conducted an extensive consumer survey of German consumers in cooperation with the news channel ntv and subsequently presented the award for “Germany’s Most Popular Providers – Life & Living 2021“. The aim of the survey was to identify the best companies and brands with the highest customer recommendation in the Life & Living sector. As part of this survey, Gigaset was once again able to secure a place among the award winners in the “Smart Home Systems” category.

As part of the population-representative study, which was conducted via an online panel, over 39,000 customer opinions on more than 580 companies from 45 industries were obtained and evaluated. Brands and companies in areas such as building & finishing, living & furnishing as well as house & home services were taken into account. The sectors were just as extensive as the brands. These ranged from solid and prefabricated house construction to window and door manufacturers to manufacturers of furniture and floor coverings and providers of smart home and security services.

Gigaset entered the race again this year with its smart home system and was able to secure a place among the winners of the “Germany’s Most Popular Providers – Live & Living 2021” award in the “Smart Home Systems” category. This means that Gigaset is one of the best rated companies in each of the sectors examined.

From October 2020 to December 2020 consumers could rate the various providers according to the quality of products and services. The respondents had to indicate which providers were the most convincing in terms of the range of offers, value for money and customer service. In addition, the participants were asked about their overall satisfaction with the respective provider and whether they would recommend the brand or company to friends or acquaintances or would use it again themselves. 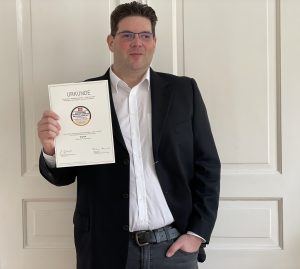 “We are very pleased that Gigaset was able to convince customers and consumers in all these criteria and was named one of the best providers of smart home systems in the result of the survey,” said Raphael Dörr, SVP Corporate Communications & Investor Relations at Gigaset, who accepted the award on behalf of the company.

In recent months Gigaset has also received other seals of quality for its smart home segment. For example, the SZ newspaper awarded the Gigaset Smart Home app as an app with “high added value” and the daily newspaper BILD awarded Gigaset the rating “high recommendation” in the “Security” sector as part of the study “Germany’s customer recommendation”.

“The DISQ Life & Living Award is a very important accolade for us,” explains Klaus Weßing, CEO of Gigaset. “This comprehensive study confirms that our customers are satisfied with our smart home system and that we are still on the right track. We are pleased that the system is so popular and that we can make life easier for customers as a result and fulfil their desire for a higher quality of life and more security in their own homes.”