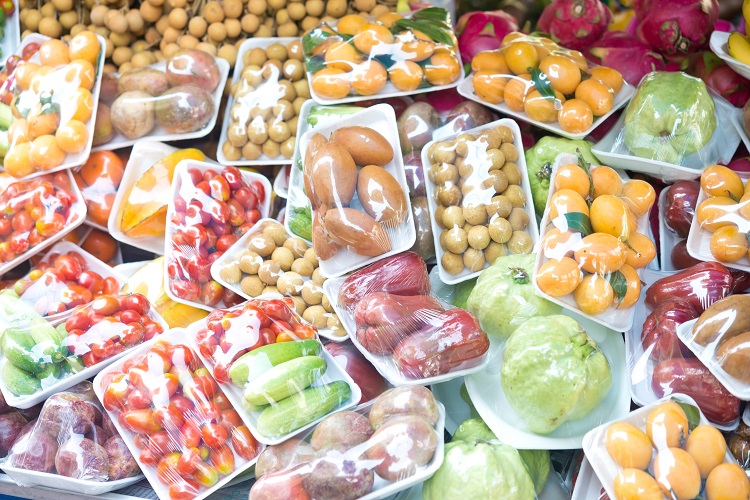 The “packaging question” concerns the Germans

In Germany, more than three out of four consumers state that in the future they would prefer to buy products that use as little packaging material as possible. The interest in resource and environmentally friendly packaging is also growing internationally. At least that suggests a study result from Ipsos in 28 countries.

The study results suggest that sustainable behavior and commitment to companies will pay off in the long term. Worldwide, three quarters of those surveyed (around 75 percent) stated that they would prefer companies that pay attention to the sustainability of their products and make targeted changes in order to achieve better environmental sustainability. In Germany, this value is even higher at 76 percent.

Most consumers also think that manufacturers should be made more responsible when it comes to sustainability. In both the Federal Republic of Germany (78 percent) and worldwide (80 percent), eight out of ten respondents believe that companies should be obliged to help with the recycling and reuse of the packaging they produce. It is interesting that approval is particularly high in countries such as Serbia (93 percent), Russia (88 percent) and Peru (88 percent). Because the environmental impact of waste and emissions plays a particularly important role here. So people literally seem to be fed up. A clear majority of the population also takes this view in all other countries examined.

Plastic becomes the new bogeyman. Once celebrated and paving the way for a new era in convenience with regard to convenience, the vast majority of Germans (71 percent) are now in favor of the ban on the sale of plastic disposable products that has been decided by the EU Parliament and will come into force in 2021. But in other parts of the world, too, the call for immediate measures against plastic waste is getting louder – especially in Serbia (87 percent), South Korea (79 percent) and Chile (79 percent). It is alarming that comparatively few people in the United States (57 percent), Saudi Arabia (57 percent) and Japan (38 percent) are in favor of a ban on single-use plastic items. Does convenience come before environmental protection?

Germany as a model for recycling

In contrast to most other countries, there is hardly any criticism of the German recycling system. Almost two out of three Germans believe that the local recycling offer for household waste is good in the area in which they live – only one in five Germans (21 percent) disagree. Canadians and Swedes (70 percent each) rate recycling offers in their own country as the most positive, and the biggest deficits in this area are lamented in Russia (24 percent) and Serbia (22 percent).

Germany does even better with regard to the clarity of the applicable recycling regulations. Seven out of ten Germans (70 percent) believe that the rules laid down for waste disposal are clear – this puts Germany in second place behind Belgium (72 percent) out of a total of 28 nations examined. Again Serbia (22 percent) and Russia (21 percent) do particularly badly – in both countries just under one in five citizens are aware of the applicable recycling regulations.
Unfortunately, even in Germany, not everything that glitters is gold. A shocking documentary from ZDF today shows where the limits of recycling lie and how much plastic waste is shipped from Germany to Asia.

Gigaset has been active for years

“For Gigaset, recycling, saving energy and reducing CO2 emissions have long been an elementary part of our self-image and our quality promise to customers,” says Klaus Weßing, CEO of Gigaset AG. “We try to implement and implement improvements step by step as far as possible. We do not believe in one big step, but in the continuous improvement of all processes available to us. ”

In fact, Gigaset has been leveraging many levers for years to optimize recycling, save energy or reduce CO2 emissions. A major mechanism of action, which perhaps not so many consumers are aware of, is the ECO DECT technology. “As we all know, electricity consumption leads to emissions e.g. the combustion of fossil fuels such as gas or coal. Every technical device that is in operation, every power supply unit, every television and every washing machine consumes electricity. Both in the active state and in standby ”, explains Raphael Dörr, SVP Corporate Communications & Investor Relations at Gigaset AG. “The ECO DECT technology is available for all our cordless phones and significantly reduces power consumption by reducing the transmission power and switching off when not in use. If you consider that statistically around every second European household uses a Gigaset cordless phone, it makes a big difference whether this technology is used or not. ”

Gigaset also relies on continuous improvements in production and logistics. A very current example is the grass packaging that is used in the new Gigaset smartphones.