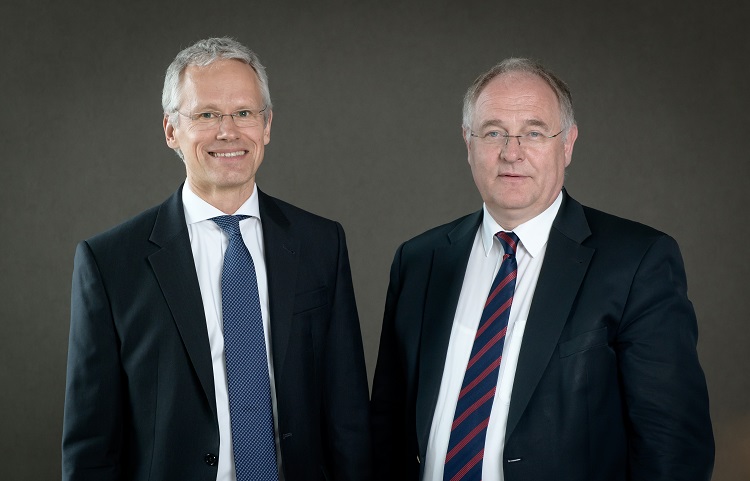 Gigaset publishes Financial Results for the first half of 2018

Gigaset AG (ISIN: DE0005156004), an internationally operating company in the area of communications technology, today published its business figures for the second quarter and the first half of 2018. The future segments of Smartphones (formerly Mobile Devices), Smart Home (formerly Home Networks) and Professional (formerly Business Customers) were able to compensate for the calculated decline in revenue in the Phones (formerly Consumer Products) segment in the second quarter of 2018, in which consolidated revenue totaled €69.9 million and hence above the previous year’s figure (€69.8 million).

The company generated consolidated revenue of €121.0 million in the first half of 2018 (previous year: €128.3 million), with the decline attributable to a still weak market environment in the Phones segment. The segments Professional, Smartphones and Smart Home were able to achieve double-digit growth rates, although being not able to fully compensate the calculated decline in the Phones sector.

“We were able to post growth well in the double-digit range for the new business segments we’ve defined. That’s a clear sign that we are on the right path with our transformation of Gigaset and the broadening of our product portfolio. Step by step we can compensate the market environment in our core business of Phones with new, innovative products more and more,” says Klaus Weßing, Gigaset’s CEO. “As part of the digital transformation, we will develop new business models and expand Gigaset into an integrated hardware, software and service provider. We will be able to boost our efficiency and leverage synergies through modularization of the product platform.”

The brand architecture has been redefined and the individual segments renamed (see above) in order to strengthen the umbrella brand Gigaset. Gigaset is now operating with the new architecture, which will also be successively implemented at product level. The former product brands “Gigaset pro” and “Gigaset elements” have been dropped.

“We expect this approach to reinforce the Gigaset brand,” says Stephan Mathys, CFO of Gigaset AG. “Overall, we looked at the issue from a market and customer perspective. One upshot was that the business segments needed to be renamed. We are thus honing our business model internally and externally in the long term – in harmony with our strategic objectives.”

The names of the business segments will accordingly change in the quarterly, semi-annual and annual reports and on the Gigaset homepage. The previous names Consumer Products, Mobile Devices, Home Networks and Business Customers will be replaced by Phones, Smartphones, Smart Home and Professional with immediate effect.

The result from core business before depreciation and amortization (EBITDA) in the first half of 2018 was €7.7 million (previous year: €7.9 million), while the EBITDA margin rose from 6.1% to 6.3%. The restructuring meant in particular that personnel costs were reduced sharply by more 10%; however, marketing and representation costs increased as a result of higher expenditures, especially on new products.

Revenue for the Phones business segment in the first half of 2018 was €85.8 million (previous year: €98.1 million). The calculated decline in revenue is in line with the generally development of the market within the EU-4 region. Although the company succeeded again in strengthening its market position by gaining market share and performing better than the market.

Revenue at the Smartphones segment in the first half of 2018 was €5.4 million (previous year: €3.7 million), an increase of 45%. Gigaset was able to expand its smartphone portfolio significantly with the GS100, GS180 and GS185 models in May 2018 and expects that to deliver further positive boosts to growth in this segment. Furthermore, the Gigaset GS185 is the first smartphone to be produced in Germany, a unique selling point with which the company aims to leverage new revenue potentials.

Smart Home generated revenue of €1.4 million (previous year: €1.1 million). Gigaset still believes the market for smart home systems and services has a highly promising future and, since May 2018, has addressed a specific security need with each of its four campaign bundles: protection against fire, water and home intruders, as well as user-friendliness.

In the Professionals segment, Gigaset was able to grow revenue sharply by 12% to €28.4 million (previous year: €25.4 million). Above all, increased revenue in Germany, France and Italy had a positive impact here. A particular contribution was made to that by the IP-based systems from the N series.

Gigaset will continue to focus on the realignment of the company in 2018. This means gaining market share in the Phones segment, expanding revenue in the Professionals segment, further expanding smartphone business, and expanding Smart Home as well as additional new business segments such as Smart Care. Expenses in the area of marketing and for capital expenditures will continue to play a key role in 2018. The Group therefore expects the following for the current fiscal year: