Gigaset Blog | Sonderthemen-en | Renaissance for the fixed network thanks to working from home, smartphone highlights in the fall – Gigaset 2020 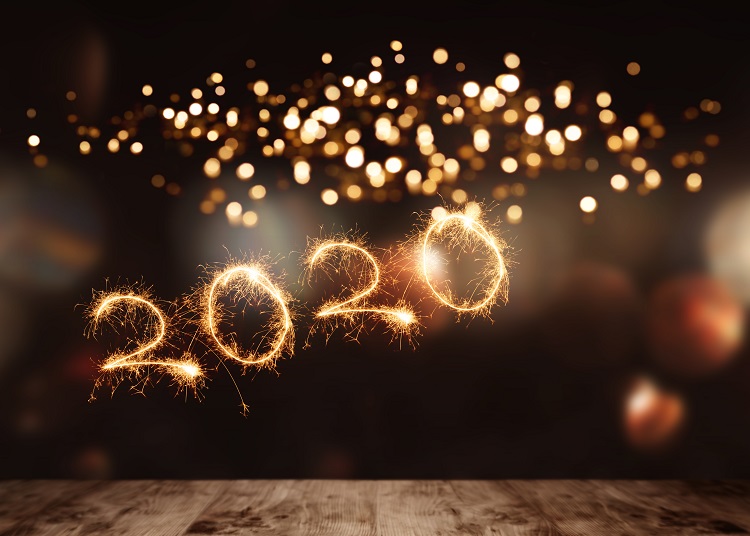 Renaissance for the fixed network thanks to working from home, smartphone highlights in the fall – Gigaset 2020

No one will forget this year any time soon. Everything feels different to what it was before. And that is precisely why we’ve come to appreciate things that are constant and enduring. The importance of communication has increased – whether at work or in private life. Banished to working from home, some have opted for the stable fixed network as a substitute for their shaky mobile phone connection. And many people have for the first time discovered the technical possibilities their smartphone offers – such as video calls with family (especially grandparents!) and friends. The coronavirus pandemic is impacting all areas of life. We at Gigaset have also tackled the challenges this year has brought. As an employer in the region, we bear responsibility for many employees. And we can best live up to that responsibility by making excellent products: Gigaset presented nine new ones in 2020 – from smart cameras for indoors and outdoors, to fixed-line phones and smartphones. Our customers were happy. And the press was also full of praise. Here’s a brief look at what the media had to say.

“Gigaset has another ace up its sleeve” (COMPUTER BILD)

Gigaset blazed the way in the smartphone arena in 2019 – with its first outdoor smartphone, a business device and a smartphone specifically tailored to the needs of senior citizens. We presented two new smartphones this October – the Gigaset GS3 and Gigaset GS4, further developments of two models from the previous year.

The GS4 is now the fifth smartphone “Made in Germany” that Gigaset designs and produces at its factory in Bocholt, North Rhine-Westphalia. In its test, COMPUTER BILD praises features that are not commonplace in other devices: “It almost seems like a relic of a bygone age that the battery can simply be replaced. Without any blow-drying, levering the battery out, soldering and gluing. Great! (…) Gigaset has another ace up its sleeve: wireless charging (at up to 15 watts). This convenient feature is usually offered only in premium smartphones in far higher price ranges. (…) The battery lasted 10:17 hours with intensive use of the phone. Very good!”

Well over 20 test reports on the Gigaset GS4 can be found online. The verdict? Positive. Like the one from appdated.de: “The Gigaset GS4 is an interesting further development of Gigaset’s smartphone concept and offers solid technology at a relatively low price. The device is not only Made in Germany, but in particular boasts a replaceable battery and personalizable rear – features seldom found in other smartphones. Above all, fans of replaceable batteries finally have an alternative again.”

Its little brother, the colorful Gigaset GS3 with its large display and dual SIM slot, need not fear comparison, either. The replaceable battery helps save resources, which ultimately benefits the environment. COMPUTER BILD writes: “First, it (the battery) is easy to replace. That’s very practical when its capacity diminishes over time. (…) Second, the smartphone can be charged wirelessly at up to 10 watts. Wireless charging is rare in this price class and normally only found in more expensive models. Another unusual offering is the repair service instead of simply replacing the device: Gigaset gives a three-month warranty on damage due to breakage or damp. The manufacturer’s warranty is 24 months.”

“The very durable design and integration in the smart home are persuasive aspects” (Check-app.de)

Half of all Germans control components in their smart home by voice command, according to a survey by the digital association Bitkom. Smart solutions are now an indispensable part of many households. That’s why Gigaset keeps on expanding its smart home range, always guided by the maxim: lots of convenience, lots of security – but low complexity.

In the spring, Gigaset launched its outdoor camera, its first camera that can monitor outdoor areas in real time. Check-app writes: “At first sight the outdoor camera is a typical surveillance camera with a cylindrical design. That’s not only tried and proven, but also a clear deterrent to potential burglars. Especially since the red IR LEDS are illuminated at night in addition to the status LED. It doesn’t conceal itself because it can certainly put up a strong defense.” The camera is easy to install and configure using the Gigaset Smart Home app. Users can not only see the live picture on their smartphone, but also hear the sounds picked up by the camera’s built-in microphone.  The verdict from Check-app.de: “The new Gigaset outdoor camera is a high-quality surveillance camera from the German manufacturer Gigaset and boasts all the features you need. Its very durable design and integration in the smart home are persuasive aspects.”

Gigaset has also followed suit indoors: With what is now its third generation of cameras, the company continues to expand its Smart Home segment unswervingly. The smart camera 2.0 has a modern look and can be integrated in Gigaset’s existing Smart Home system quickly and easily. If, for example, the front door is opened and the motion detector registers movement in the entryway, the user will be alerted and can take a live look into their home, no matter where they happen to be. Gigaset cloud hosting complies with the highest data security standards, so that private images also definitely remain private.

For decades, high-quality phones have met the requirements demanded of them in a wide range of different life situations and application areas. The fixed network experienced a revival in 2020 as a result of the coronavirus crisis. It is also convenient for making longer calls thanks to the high quality of the fixed-line connection and the constant signal strength anywhere in the home. The DECT pioneer Gigaset expanded its fixed-network portfolio with five more devices in 2020.

And with a world’s first: Smart Call Block, the intelligent means of protecting against unwanted calls. There are special apps to block calls on smartphones, but not on landline devices – until now. The cloud-based service compares the number of incoming calls with the database of tellows.de, a steadily growing Internet community that classifies calls. Depending on their classification, the telephone does not ring or the caller hears an engaged signal. Euronics Trendblog says about the new Gigaset CL 690A SCB: “The fixed-line phone does not display any weakness in normal operation, Smart Call Block is an enrichment, and it’s intuitive to use. And the battery? It also has staying power.”

The Gigaset E720, a fixed-line phone for people with special needs, was premiered in 2020. The device is distinguished by its ease of use and is one of Gigaset’s high-end landline devices. The DECT phone supports the whole family in every situation– whether in everyday life or emergencies. If a number has been stored in the phone book, the device says the name when a call is received, so that users know right away who is phoning. A visual signal is also possible: The display lights up in an attention-catching green when a stored contact calls. Even Bluetooth is supported by the fixed-line phone – enabling a call to be transferred directly to the user’s hearing aid, for example.

And anyone who likes it colorful will have a lot of fun with the new Gigaset CL390 series. The fixed-line phone comes in a striking design and is an eye-catcher in every home. Two other models have also been added to the Gigaset portfolio: The C575 with its large illuminated individual keys on the handset and extra-large numbers on the display enhances convenience in the home. And the E390 with its SOS button and amplifier function to turn the volume up to extra-loud is the phone for the whole family. Both devices come either with or without an answering machine.

And so a year draws to a close – one in which, despite all the social distancing we’ve had to observe, we’ve often been brought a little closer together again, too. The quality of how we interact has improved in many cases. And high-quality communications solutions like those from Gigaset have played their part in that.