Gigaset Blog | Trends | The workplace of the future: How digitalization is changing working life 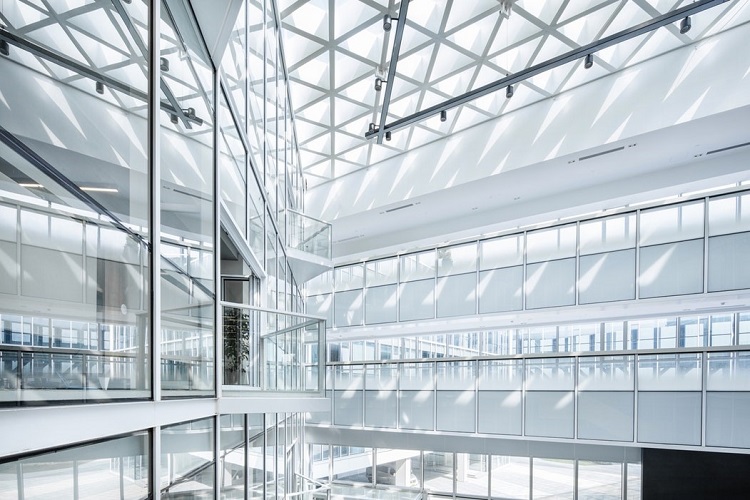 The workplace of the future: How digitalization is changing working life

Whether it’s co-working spaces or hot-desking – the world of work is undergoing a transformation. Digitalization, globally operating companies and new technologies, as well as changes in what employees want as regards communication and collaboration, are reshaping conditions at work and the office. Technical innovations, such as intelligent surfaces, smart windows that can be dimmed as and when required, or multi-functional furniture that adapts to the given situation, are no longer a distant pipe dream and are already being implemented in a number of pioneering projects.

Open-plan offices, office plants and swivel chairs are soon to be replaced by digital islands, lounge areas and ergonomic seating to enable good communication among employees. That’s because the office will increasingly be perceived as a space to meet and communicate in the future. Modern companies understand the value of knowledge transfer and team spirit. Particularly creative industries rely on open room concepts; employees are mobile and can find their ideal working atmosphere in different settings.

This is corroborated by the study Working Spaces 2025. It revealed that 61 percent of office workers in Germany would like more flexible structures in their office environment and more freedom to choose the place where they work at the company. That means they no longer want to be tied to just one workplace in the future, but expect greater flexibility and mobility in the office environment. Yet employees don’t want to be completely detached from the company, either: 72 percent are against working in public spaces like cafés or parks.

Work has become more and more mobile over the past years and decades as a result of devices like the smartphone and laptops. Colleagues no longer have to sit at one location; instead, teams distributed over entire countries can work together – thanks to the Internet.
Virtual rooms are playing an increasing role in this context. 36 percent of those surveyed believe they will be used to a greater extent in the future. However, 50 percent feel that virtual teams are not relevant to them at the moment.

Traditional means of office communication, such as DECT phones or modern desktop phones, will remain very important to ensure successful communication. DECT technology has been constantly developed further over 25 years, making it excellently equipped for the future. It offers significant advantages over smartphones – it is independent of the mobile phone network, has a large range, is power-saving and low in radiation, impresses with its excellent voice quality, and enables quick and easy internal networking. The German Federal Network Agency has renewed its general DECT frequency assignment until December 31, 2025 – and that will likely not be the last such extension.