Gigaset Blog | Trends | Smart Home | Blackout in Germany – what to do in case of an emergency? 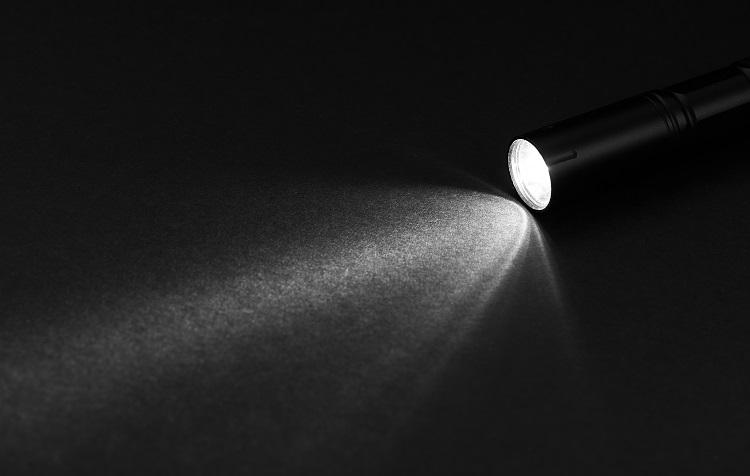 Blackout in Germany – what to do in case of an emergency?

In view of the energy crisis, the German Association of Towns and Municipalities has warned of widespread power outages in Germany. “Blackouts are a threat,” Chief Executive Gerd Landsberg said to the German newspaper Welt am Sonntag. The consequences of a complete blackout don’t bear thinking. If you want to know what they are, you should read the novel “Blackout” by the Viennese author Marc Elsberg, in which he provides a clear answer. In “Blackout,” the world is on the verge of collapse after just seven days without electricity. The consequences are still modest to begin with. In Milan the traffic lights fail and cause traffic chaos, in Paris people are stuck in elevators, and in Germany the cows holler in pain because the milking machines can no longer pump milk from them. “Little by little, the situation becomes more and more dramatic, there is the risk that nuclear power plants will suffer a meltdown after the failure of the cooling system, and hospitals are forced to close. In the end, people defend their last bits of food by force of arms, and in Spain the government is even overthrown. In the novel, a group of terrorists and a computer virus that infects smart electricity meters are to blame for the collapse of the grids in the U.S. and Europe. By the way, such meters will actually be used in our homes soon to show energy consumption and the corresponding costs promptly.”

Marc Elsberg’s achieved a bestseller with “Blackout,” which showed the fatal effects of a prolonged power outage that is hardly imaginable today. Or is it? Because as absurd as it may sound, Elsberg’s scenario isn’t that unrealistic. “Will German households face the threat of no electricity this winter?” asked a recent article in the German business magazine Wirtschaftswoche. And as absurd as it may sound, that worry is not at all unfounded, even if experts believe the German power grid is well prepared. “That fear is largely the result of panic mongering,” said energy expert Christoph Maurer from the consulting firm Consentec to the television station n-tv.

Chief Executive Landsberg’s worries are not plucked out of thin air; after all, he didn’t make up the risk of the power grid being overloaded. They are founded on a very banal reason: Out of fear that the gas supply will be cut off and heating systems will remain cold, Germans have been stocking up on all kinds of electrically powered sources of energy for weeks. Radiant heaters and fan heaters are extremely popular and, according to experts, over 650,000 have already been sold this year alone. After pasta, toilet paper and hoarding in times of the pandemic, now it’s the turn of fan heaters in times of a gas shortage – that’s not exactly sensible, nor is it a cheap alternative in the long run. Using a fan heater with a maximum output of 2,000 watts for five hours a day would consume 10 kilowatt-hours of electricity per day. Given an electricity price of 30 cents per kilowatt-hour, the fan heater would then cause electricity costs of three euros per day, writes thermondo.de. Even the German government’s third relief package won’t do much to help in that case.

This doesn’t include the number of fans that are already in German households and are in standby mode, waiting to be used. So if all the heaters were switched on at the same time and connected to the grid, there could be a blackout – not necessarily nationwide and not for several days. “We can’t rule out nationwide power outages,” Landsberg is quoted as saying in the Wirtschaftswoche article, adding that Germany is insufficiently equipped for that eventuality.

He urged citizens to take the government’s disaster preparedness recommendations seriously and to have water and food in the house. In the event of a widespread power outage, “there’ll be no running water, you won’t be able to refuel your car, and after two days you can’t charge your smartphone,” said Landsberg. A power grid stress test by the German government recently concluded “that hourly crisis situations in the power system are very unlikely in winter 2022/2023, but currently cannot be completely ruled out.” The test involved an extreme scenario in which a quarter to half of the gas-fired power plants in southern Germany are offline due to a shortage of gas, while at the same time persistently low water levels slow down replenishment of coal-fired power plants, French nuclear power plants remain out of operation and many fan heaters are used simultaneously.

An analysis of the electricity supply published just a few days ago by the German Federal Ministry for Economic Affairs comes to the conclusion “that secure operation of the electricity supply network in winter 2022/2023 is ensured.”  But whether that can be trusted is another thing. After all, the ministry headed by Robert Habeck (from the Green Party) has already commissioned a second stress test, in which experts are to examine and model the resilience of the German power supply under “tougher conditions” – even fewer gas supplies and even less nuclear power from France. Energy experts interviewed by the news agency Deutsche Presse-Agentur, however, were predominantly pretty confident that the grid will be able to withstand this test of its resilience. Tobias Federico, Managing Director at the consulting firm Energy Brainpool, said: “Personally, I’m not preparing for a blackout.” Despite the shutdown of Germany’s last nuclear power plants at the end of the year, experts do not anticipate any major shortages of electricity in the winter, partly because hard coal-fired power plants would be brought up as a reserve.

Is it all fiction or what?

“Of course, my novel is primarily fiction, but my research for it repeatedly confirmed that there was a certain degree of realism to the scenario,” the author Elsberg told the press in 2013. Even today, nine years on, Elsberg is optimistic. When the German daily newspaper Welt asked him in an interview at the beginning of the year whether it would really be possible (as in the book) to restart the system within three or four days in the case of “normal” outages, he replied: “Things don’t have to get as bad as in the book, where ultimately the supply system was down throughout Europe More likely there would be ‘pockets of outages’ spread across the continent, in which case you’d only have to bring those pockets back online, not all of Europe. Which would be difficult enough.”

How quickly a blackout can occur that isn’t caused by 650,000 fan heaters is shown by the example of the power outage in New York on July 21, 1977, described by Wulf Bennert. It was caused by two lightning strikes and lasted only 25 hours. It nevertheless wrought devastation:

“The looters came armed with wheelbarrows, shopping carts and pickup trucks, grabbing everything that wasn’t nailed down: televisions, refrigerators, stoves, food, diapers, jewelry, alcohol, furniture, medicines. The total damage of the blackout was later put at more than a billion dollars.”

Kenneth Jackson, a professor at Columbia University and an expert on New York City’s history, wrote at the time: “The blackout occurred in the middle of a recession, at a time when the city had to adopt extreme cost-saving measures and there were deep cuts in even such basic utility services as garbage collection and schools. Unemployment was soaring. It was an edgy and often desperate New York that saw its quality of life evaporate. There was a lot of tension between the races.” That’s an analysis that in some respects also applies to today’s situation, except for the racial issue and the high unemployment rate. You don’t have to be so pessimistic about everything, but “advising communities to have water and food in stock” is not a bad idea.

Think ahead with Gigaset

You don’t have to assume the worst right away, but the issue of security is on many people’s minds. According to a recent survey conducted on behalf of the digital association Bitkom, making their own house or apartment safer is a crucial objective in using such technologies for the majority of smart home users (74 percent).  A quarter of Germans (25 percent) use smart video surveillance to protect themselves or their own home from burglars, for example (2021: 23 percent). 24 percent have installed a smart alarm system (2021: 21 percent). 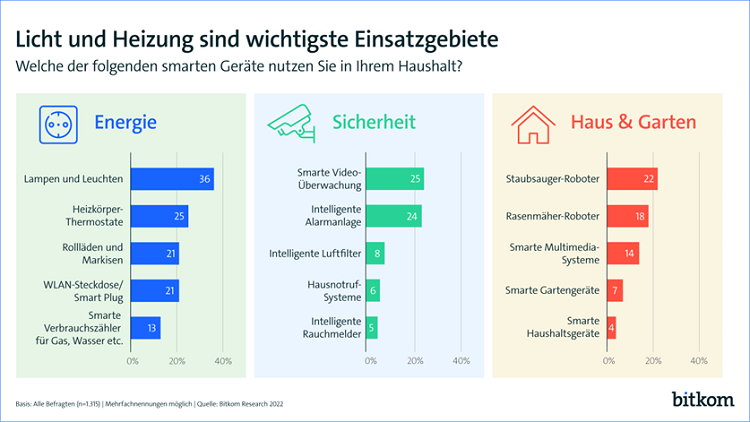 The security solutions and alarm systems from Gigaset precisely meet users’ expectations in terms of security, quality and reliability. Motion sensors, the alarm siren, the surveillance camera and a smoke detector make sure of that. The Gigaset app shows the user whether all the doors and windows fitted with sensors are properly secured, and informs them when smoke has been detected. All occurrences can be documented simply in the cloud. Users can also simulate their presence at home. That way, the Gigaset Smart Home alarm systems offer protection against burglary and damage by the elements, and provide additional living comfort, for instance through convenient voice and lighting control in combination with Amazon Alexa, Google Home or Philips Hue. A major advantage of Gigaset security solutions is that they grow with users’ requirements. Thanks to the modular concept Gigaset offers, all security solutions can be adapted to the respective individual living situation with additional elements such as further sensors.