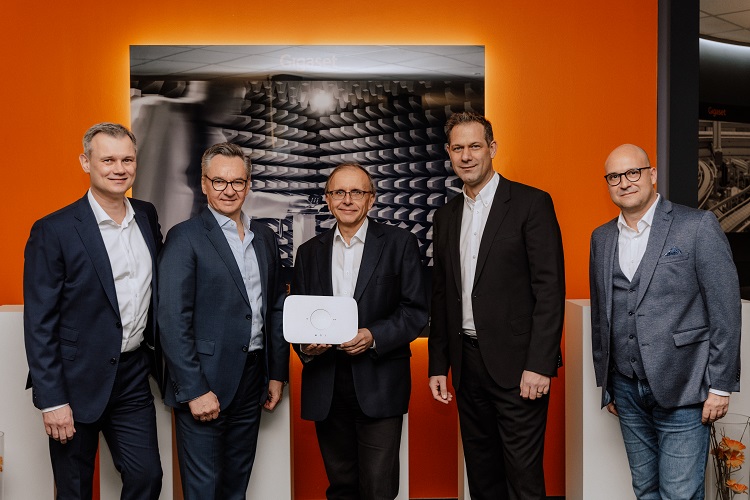 The German Broadband Communications Association (BREKO) represents the majority of German fixed network competitors. Its members are strongly committed to fibreglass and are currently responsible for 80 percent of the competitive expansion with direct fibre connections (FTTB / FTTH). In the last two years, 407 member companies have invested around 6 billion euros in fibre-optic-supported broadband expansions. Gigaset is now also a partner of the association and, together with a task force, has piloted a router for the numerous national and regional network operators and municipal utilities organised in BREKO.

The more than 400 BREKO companies, including over 225 network operators and municipal utilities, supply both metropolitan areas and rural areas with high-performance fibre-optic connections and make a significant contribution to nationwide fibre-optic expansion as well as to achieving the German government’s broadband targets by 2030. The newly concluded partnership opens up new sales channels for Gigaset and an exclusive router alternative for customers of the network providers organised in the BREKO association.

“We are very pleased that, thanks to the partnership, we can support the expansion of fiber optics in Germany and, together with BREKO, offer a new router option for the numerous network operators in the association,” said Ralf Lueb, SVP Global Sales at Gigaset.

“Since its founding in 1999, BREKO has been successfully advocating infrastructure expansion in the German telecommunications market. The expansion of fibre optics in Germany is an elementary component in ensuring digitalisation and thus also international competitiveness,” said Jürgen Magull, Managing Director of BREKO Einkaufsgemeinschaft eG. “With Gigaset as a partner, we can provide the network operators within the association with a white label router for their expansion projects. This ensures that customers are connected as quickly as possible and can also use their fibreglass connection.”

Router task force has been working since 2021

In mid-2021, a joint task force was formed by BREKO and Gigaset as well as various representatives of the affiliated carriers. A key objective of this overarching project was to jointly discuss and drive forward measures to secure the roll-out of fibreglass. The router pilot project was also formed in this context. The partnership with BREKO represents Gigaset’s entry into a completely new market. Customers are offered a service package directly via the provider and use an existing sales channel. The long-term partnership is intended to provide customers with significant added value. 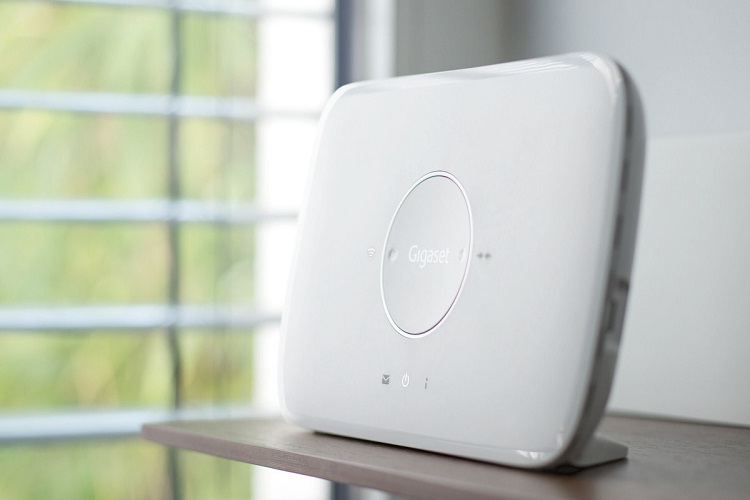 Strong synergies for Gigaset portfolio in the future

With regard to the entire Gigaset portfolio, the pilot project will open up synergy and economies of scale for Gigaset users in the future. “Routers are an interface that has been missing up to now and which, in the context of our vision of a holistic eco-system concept, could connect all of our products, from telephones to smart homes, with each other. For Gigaset, routers are thus the final building block that logically completes the product range in the B2C sector,” says Anne Dickau, SVP Product House at Gigaset.

Accordingly, the experience that is now being gathered within the framework of the BREKO cooperation is important. The focus is on the numerous providers and their needs in order to offer them products that are better tailored to the market than have been available so far.

“For customers of the providers organised in the BREKO network, this means freedom of choice. With the strong BREKO network, customers can continue to rely on local partners and, with Gigaset they get a major player in the telecommunications sector with a clear ‘Made in Germany‘ promise and future-oriented cloud services,” concludes Ralf Lueb.

As the commercial part of the BREKO network, BREKO Einkaufsgemeinschaft eG was founded more than ten years ago to offer network operators and municipal utilities a commercial platform and to create economic added value in fibre optic expansion. As an aggregator, multiplier and facilitator, the BREKO Einkaufsgemeinschaft ensures an attractive and extensive product portfolio, which a large number of member companies use to strengthen their competitiveness in the long term. The BREKO EG stands for a strong transfer of know-how among the cooperative members, which can additionally conserve their own resources in fibreglass roll-out.