Gigaset Blog | Trends | Telephony | The Gigaset E720: The phone for a clear view 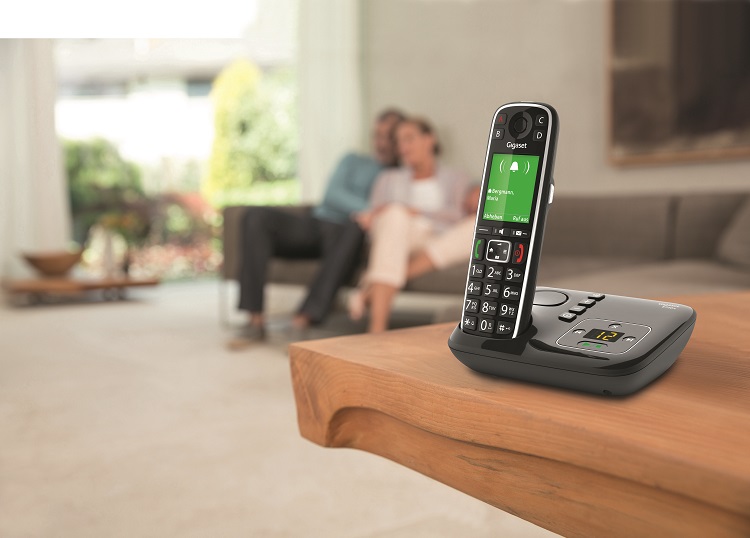 The Gigaset E720: The phone for a clear view

A worrying trend: The World Health Organization (WHO) forecasts more and more people will suffer from poorer eyesight in the future. That’s due to the fact that people are living longer, as well as changes in lifestyle and working conditions. You can’t avoid getting older, but you can change work-related factors and so reduce the strain on your eyes. You often notice the onset of presbyopia, a condition associated with the aging of the eye, when you’re reading. Or when you look at your watch or mobile phone and find it more difficult to decipher price tags in the supermarket or recognize people on photos. The Gigaset E720 telephone can help with that.

One particularly striking aspect is that we find it tough to accept and adapt to the related changes in our everyday life. We may still be able to skim through the newspaper, but reading for a lengthy time gradually becomes strenuous and the letters seem blurred. That’s no different with a phone display, when you have trouble reading the numbers that are shown. 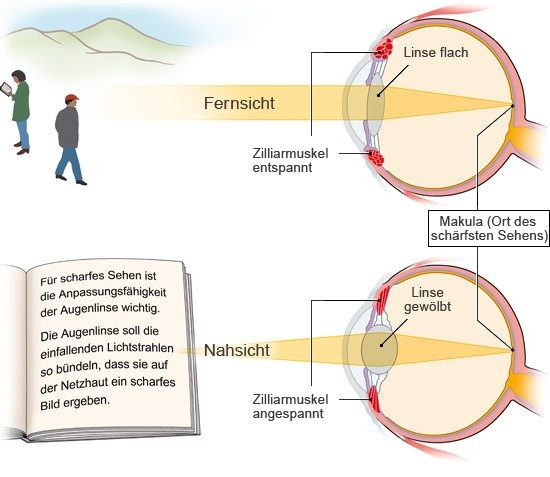 Experts assume that more than one billion people worldwide are presbyopic – a figure that will continue to grow in the future. People who suffer from shortsightedness and have problems seeing distant objects clearly usually notice they have presbyopia in a slightly weaker form and later. Because lenses become rigid as we age, they are no longer to adapt as well to images and numbers that are close. Experts term that a loss of accommodation. Statistically speaking, more than 90 percent of Germans aged 60 and above suffer from vision impairment and need glasses.

People who suffer from presbyopia have increasing difficulty in recognizing close objects. If the distance is less than 30 to 40 centimeters, the object appears blurred or unclear. They then hold the newspaper, book or phone further away so that it is more in focus again. However, at some time or other your arms are too short for that to work. Anyone who is shortsighted or farsighted also becomes presbyopic. And there is a growing risk that our eyesight will become poorer in the future.

Symptoms of the change in lifestyle and working conditions

As the WHO notes, we spend a lot of time looking at screens, TVs, tablets and mobile phones. This lifestyle can permanently damage our eyes and weaken our vision in the long run. According to eye doctors, excessive use of smartphones, tablets and computers at an early age results in more shortsightedness. “Studies show that around 50 percent of all cases of shortsightedness are due to our lifestyle,” emphasizes Bettina Wabbels from the German Society of Ophthalmology (DOG).

Anyone who works hard for a long time in front of a screen should give their eyes a break at least once every hour:

Modern phones can’t cure presbyopia, but they make our everyday life easier and help users with the innovative services they offer.

Large illuminated keys help visually impaired people use the phone, as does the new “Voice Announcement” function: You can have the number and phone book entries read aloud at the touch of a button. When a call is received, the phone says the name or number of the caller. The display also lights up in an attention-catching green when a stored contact calls. A magnifier function rounds out the Gigaset E720 telephone ‘s features to enhance visibility. An integrated feature blocks numbers and so helps ward off unwanted callers: Anonymous or unknown numbers can only be displayed visually or completely suppressed. Individual numbers can be blocked by being blacklisted. We also want the Gigaset E720 telephone to be a good companion in emergencies, which is why it has a speed dial key that lets users initiate a chain of emergency calls to up to four stored numbers. Vice versa, the phone offers another security-enhancing feature: Users can listen into the room and speak to parents or grandparents, for example, without the latter having to take the call. This function has to be configured for individual numbers. 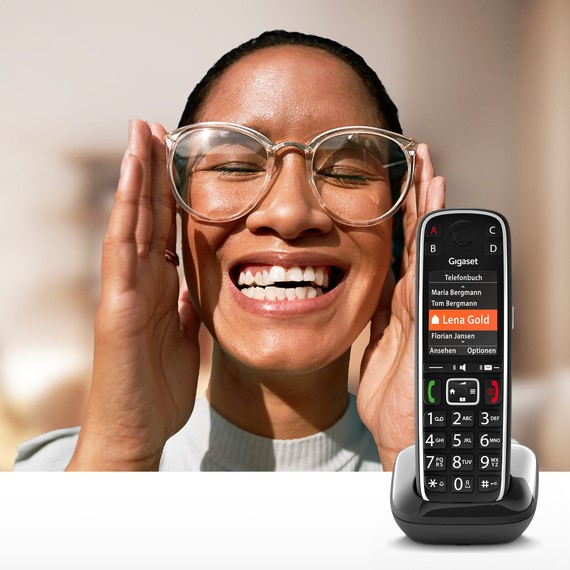 The elderly phone Gigaset E720 offers you a large, high-contrast color display with an enlargement function for texts. For example, a name selected from the address book is automatically enlarged and displayed with an orange background. If the name is wider than the display when enlarged, it is shown as a moving crawler display. The numbers entered when dialing are also highlighted in this color and displayed in extra large format. And in poor lighting conditions? The screen illumination makes everything perfectly legible.