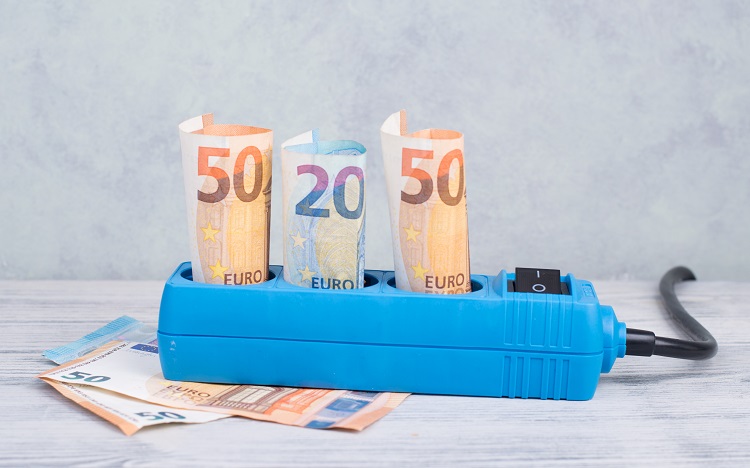 Every kilowatt-hour helps: The hunt for power guzzlers

The situation is serious, so serious that every kilowatt-hour saved matters. That’s what Robert Habeck, Germany’s Federal Minister for Economic Affairs, proclaimed to Germans in a video message after Russia had again cut its gas flows, calling on them once more to save energy: “Now’s the time to do that. Every kilowatt-hour helps in this situation.” According to Robert Habeck, consumers in Germany have to get used to permanently high energy prices. “We can continue to expect higher prices,” the Green Party politician said after a meeting with associations of medium-sized enterprises. The order of the day is therefore to save energy, and for private households that means above all saving electricity. This article shows the best way to do that and how to identify visible and hidden power guzzlers.

Electricity is the “fuel” that keeps our modern world running, writes the German business magazine Wirtschaftswoche. When the price of electricity increases nine-fold in the space of a year, graphics say more than a thousand words. 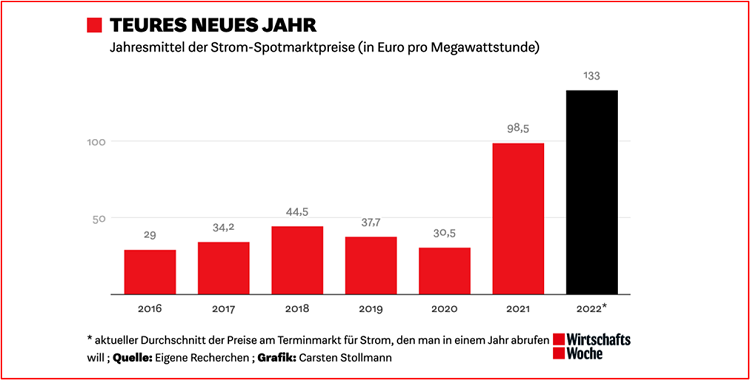 It’s clear why tracking down power guzzlers is a worthwhile quest when you take a look at the latest report from the management consulting firm Oliver Wyman. Its experts analyzed the consequences of the upcoming phase-out of coal and came to the following conclusion: Electricity prices could rise by more than 60% in the next two to three years, and there will probably also be extreme price surges.

According to the Federal Association of the German Energy and Water Industries (BDEW), the price of electricity this January was 36.19 cents per kWh. A household that consumes 3,500 kWh a year thus pays about €1,167 for electricity. This electricity price is an average figure.

The price of electricity under new contracts with the default supply service is currently 39.92 cents per kWh. If you want to calculate exactly how much you consume, you can use the formula: W = P x t. Written out in long form: electrical energy W (unit: kWh) = electrical power P (unit: watt) multiplied by time (unit: h or hours). If an oven therefore has a power rating of 2,000 watts and runs for two hours, it requires 4,000 watt-hours = 4 kilowatt-hours. Because: 2,000 watts multiplied by 2 h = 4,000 Wh = 4 kWh.

Saving electricity is therefore the order of the day, and you can also kill two birds with one stone: It’s good for your wallet and lowers your annual costs, you help the minister and reduce harmful CO2 emissions at the same time.

The web is teeming with good tips on how to save electricity in the home. Electricity skinflints can usually manage with 10 tips, while the profligate and uninformed may need as many as 25 simple tips. The money-saving ideas range from using low-flow shower heads to replacing the heating pump. But so that nothing is left to chance, and you also don’t blindly turn off every suspicious household appliance, you should know which device is a power guzzler, then you can take specific action and initiate appropriate measures to cut consumption.

How do you recognize a power guzzler?

Googling will soon help you find the right definition in the web: Power guzzlers are electrical appliances that have a particularly high power consumption. Every household usually has several of them that need to be identified. After all, many of them are hidden power guzzlers where we aren’t aware of their high energy consumption because they’re permanently in operation, even in standby mode, or plugged in. They include laptops, PCs or TVs, electric boilers, but also smart household appliances that are constantly connected to the WLAN. 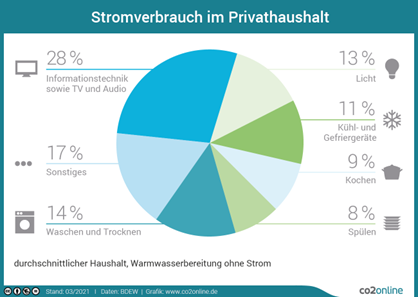 But there are also other typical power guzzlers in the home. These include, for example, very old “white” household appliances such as washing machines or refrigerators and freezers. For such large appliances, you should calculate about every 10 to 15 years whether buying a new one is worthwhile. The refrigerator calculator from the German Consumer Advice Organization is a useful aid, for example.

Normal power guzzlers and convert ones

If you don’t recognize a typical power guzzler at first glance, you can also use your sense of touch. If a device feels extremely warm, that’s a telltale sign. According to Geo magazine, here’s how that works: If the device feels warm even a long time after it has been switched off, electricity is flowing. Consumers can play it safe by buying an ammeter and holding it between the socket and the power plug of the electrical appliance. But there are also covert power guzzlers that don’t get warm, are switched off and still gobble up electricity. That’s often the case with floor or desk lamps, laptops or other office equipment. Their unused power consumption can vary from 0.5 to 10 watts – extrapolated over the year, it’s therefore worth unplugging them more often. Every year in Germany, for example, four billion euros are squandered and eight million tons of carbon dioxide are released – just by electrical appliances in standby mode.

Logical, but only at first glance

It sounds logical at first: A radio recorder that’s switched off is simply off. Many consumers aren’t aware of the fact that it still guzzles electricity while in standby mode. However, the little red light indicates that the device is ready for operation and thus also switched on – but simply just waiting. Anyone who leaves TV sets, hi-fi systems, video recorders, radios, DSL routers and other devices in standby mode for 19 to 24 hours 335 days a year will pay around 104 euros a year on top given an electricity price of 20 cents per kilowatt hour – for no real benefit in return.

If you want to know which household appliance eats up the most electricity, you should take a look at the latest member of Gigaset’s smart home solutions. The new Gigaset Plug 2.0 model boasts an energy measurement function, allowing the energy consumption of the connected device to be accurately measured using the free Gigaset Smart Home app. “That means power guzzlers in the home are soon identified and can either be replaced or used more carefully,” says Lukas Brink, Product Manager at Gigaset. Thanks to this new means of detecting consumption, the smart plug identifies every power guzzler in the household: It controls exactly how much energy flows through your devices. In addition, you can easily switch unused devices on and off using a time rule.

With the Gigaset Plug 2.0, you can do both: Gigaset’s new smart plug lets you turn on your electrical devices at any time from your smartphone, even when you’re out and about. That’s practical and ensures safety: Lamps, radios or TVs can be switched on and off as desired using the alarm system. The Gigaset Plug 2.0 even reacts to movements in combination with the Gigaset Motion and makes the light go on as if by magic. That’s practical when you’re away on your summer vacation, but you want to give the impression someone is at home.

Investing in the smart Plug 2.0 is definitely worthwhile for anyone who wants to put a stop to electricity theft and save kilowatt-hours of power. Because in addition to its ability to identify energy wasters, the plug can do a whole lot more. Measuring 60 x 60 x 85 mm, the Gigaset Plug 2.0 can be used in any standard socket. An installed Gigaset Smart Home base station and the free Gigaset Smart Home app are required to use it. The new Gigaset Plug 2.0 is now on sale at the Gigaset online shop and in retail stores at the RRP of €49.99.