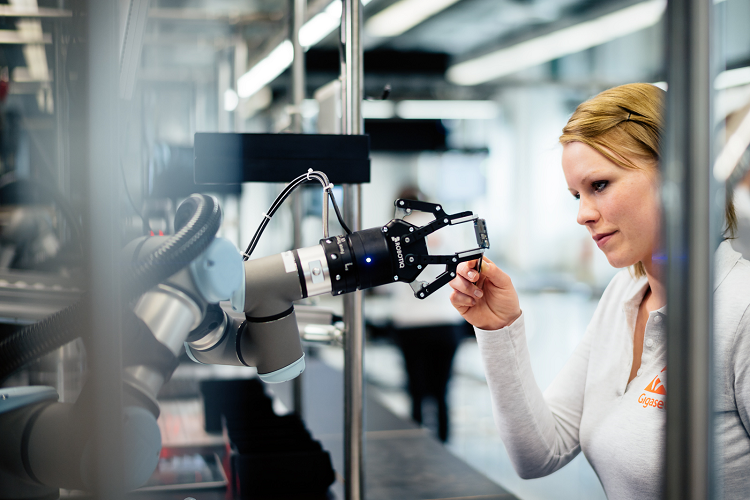 Gigaset is the first ICT manufacturer to move its smartphone production to Germany What was previously unthinkable, is proving to be a competitive advantage for the traditional telecommunications company thanks to new Industry 4.0 production methods at its plant in Bocholt, Germany. The shift also opens up new perspectives with regard to customers, retail partners and the environment.

“At the start, we simply wanted to find out whether it would be possible to produce competitive smartphones in Germany,” says Andreas Merker, Head of Mobile Devices at Gigaset. “The further our pilot project progressed, the greater the potential turned out to be.” There are currently more than 100 smartphone manufacturers worldwide. Both the German and the international market are highly competitive. As products become more and more similar in terms of technology and looks, surviving in the market depends increasingly on new unique selling points.

With the GS185, the German telecommunications pioneer is demonstrating not only its ability to reinvent itself, but also its innovative spirit. The Gigaset GS185 coming off the assembly line today had its start in 2014 with the development of a manufacturing concept that forms the basis for today’s production. For the 2016 and 2017 smartphones, Gigaset produced sample series in Germany that helped the company optimize the modern production lines for the market launch of its own first high-volume series.

“In recent years, a separate engineering team has developed and implemented whole new production systems on the basis of modern Industry 4.0 concepts,” says Jörg Wissing, Head of Automation Technology at Gigaset. “This also includes the targeted deployment of human-machine interaction.” In addition, the high degree of automation ensures a consistently reproducible quality. 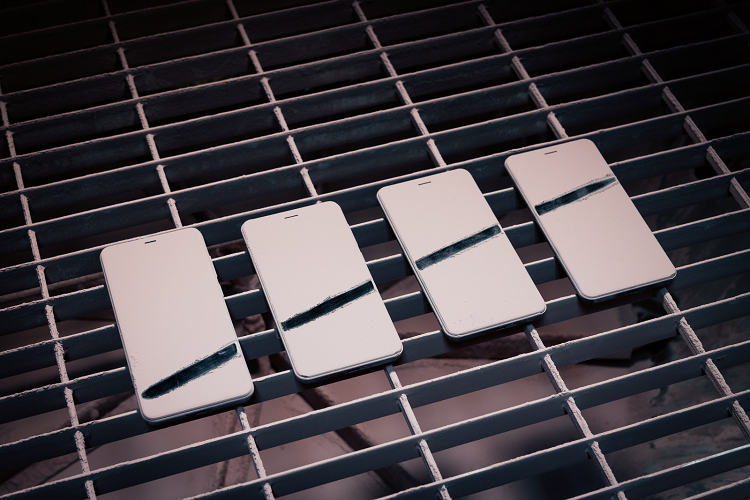 German production as a competitive advantage

More flexibility, logistics advantages, more job security in Germany, and improved sustainability – the benefits of German production in the pilot project for the Gigaset GS185 are quite varied. “By manufacturing in Bocholt we can offer the retail trade and large customers a whole new level of flexibility,” says Oliver Kinne, Head of Sales, Mobile Devices, at Gigaset. “Customers are already expressing great interest, both in Germany and abroad, where German production is considered a clear indicator of quality. And having production at a central location like Bocholt in the heart of Europe also delivers new potential on the logistics side.”

Safeguarding jobs at the Bocholt plant, which currently employs about 550 people, plays a key role in the context of producing smartphones in Germany. Down the line, there is potential to grow in the region and hire more skilled labor. People will also be needed beyond the actual production line in areas such as logistics, product management, service and maintenance. The latter also involves sustainability aspects, since a repair is more resource-efficient than a replacement. And in terms of flat cardboard packaging and the flexible design of country-specific variants, producing in Germany reduces the use of paper by around 90 percent compared with production in Asia. Ultimately, optimizing the supply chain in Germany reduces the entire logistics effort in terms of volume, weight, and material and product delivery, hence reducing the carbon footprint considerably. 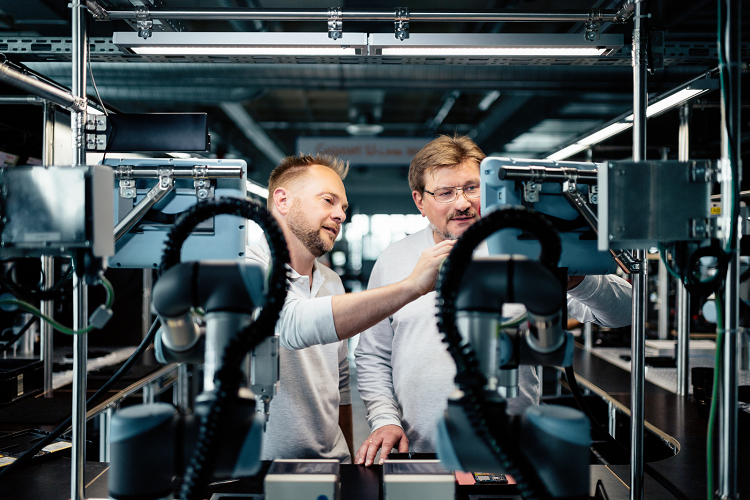 The current pilot project for the Gigaset GS185 is the first step toward more smartphone products from Germany. “Our goal at present is not to produce the entire portfolio in Germany. The other two new GS180 and GS100 models will be produced in Asia,” Andreas Merker goes on to say. “We will wait and see whether the GS185 USP generates interest among customers in Germany. Internationally, we are already seeing a lot of interest in the new unique selling point.