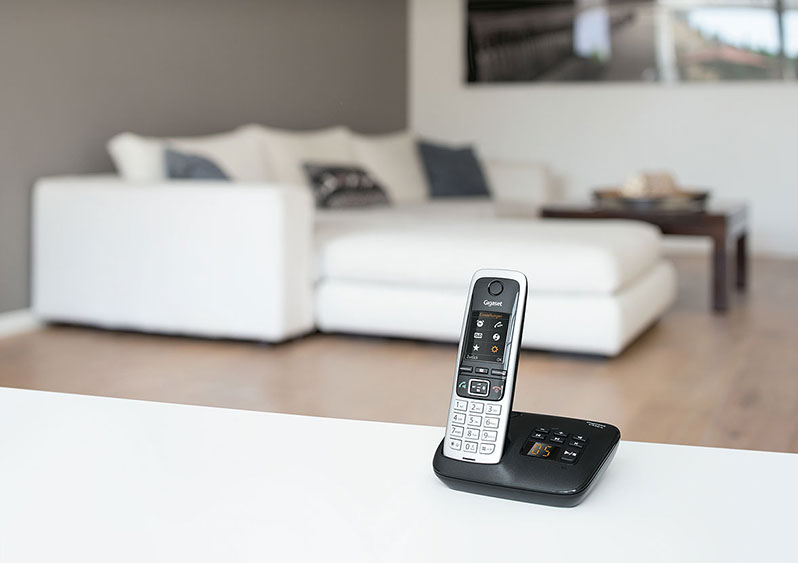 With the C430HX, another device out of the Gigaset DECT Cordless Phone portfolio receives the HTV-Life® certification mark that proves that the company has taken a clear stance against planned obsolescence. Thus, the company continues its course to externally certify the entire telephone portfolio and thus, as one of the few companies in Germany, to prove the high quality of its products to the consumer even more.

Planned obsolescence may not be familiar to everyone, but the negative outcome everyone knows: a product unexpectedly breaks down way too early. Planned obsolescence stands for the “intentional reduction of the lifecycle of their products planned by companies”. An approach that is not only questionable, but also puts a lasting strain on consumer confidence in the brand and its products. No less it is a burden to the customers’ wallets and the environment, because with every new device that has to be replaced too soon a used device has to be trashed to early.

A study by the German Federal Environment Agency proved that many products have too short a useful life. Although the study could not explicitly prove that manufacturers deliberately planned obsolescence into their products, its President Maria Krautzberger nevertheless criticized the fact that appliances have “too short a useful life” and also points to the “[…] lack of transparency[1] for consumers.” Despite these clear words, so far only a few manufacturers have decided to externally certify their products.

“For us the external certification of our DECT Cordless Telephone portfolio is an opportunity to demonstrate our high product quality standards to the customer,” says Anne Dickau, Head of Voice Products at Gigaset. “Our aim is to design a distinct counter-concept to planned obsolescence with our premium products and the production in Bocholt, Germany.”

Out of this reason, Gigaset started working together with HTV-GmbH back in 2013. Numerous products have already been certified as part of this collaboration. With the award of the HTV-Life® certification mark for the Gigaset C430HX, another universal handset for direct operation with DECT and CAT-iq 2.0 routers received the test mark.

The Gigaset C430HX is tailored to the needs of its users. The uncomplicated, modern design fits perfectly into modern living environments. The phone has attractive background color schemes that set the scene for the 1.8-inch color display. Screensavers, sound profiles and special ringtones for specific contacts can be set up individually. In addition, the Gigaset C430HX offers outstanding HD Voice (High Definition Voice) sound quality, also when in handsfree mode, adjustable shortcut keys for frequently used functions, a day-and-night switch to mute the handset ringer, long talk and stand -by-times of up to 14 and 320 hours as well as an ergonomic, precise keypad made of high-quality material.

In technical jargon, planned obsolescence denotes part of a deliberate product strategy in which weaknesses are built into a product, solutions with a shorter durability are developed, raw materials of lower quality are used or no spare parts are offered. All of that means a product becomes faulty or defective sooner than necessary and so cannot be used to the full extent. Planned obsolescence is thus closely linked to today’s throw-away society, in which products are no longer repaired, but discarded and replaced by new ones.