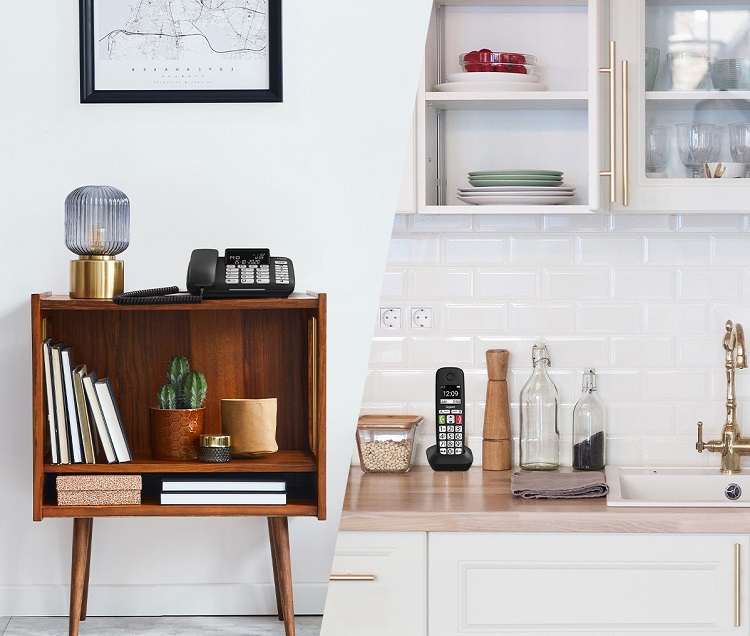 Maximum freedom of movement and reachability at home: The new Gigaset DL780 Plus

Gigaset presents twin set of end-user devices tailored specifically to each other: the DL780 table phone and the DL780H handset. The tandem of a corded phone at a permanent place and a flexible handset ensures maximum freedom of movement in your own four walls. It means you can call anywhere in the home, quickly, easily and conveniently. The Gigaset DL780 Plus is also the perfect solution for families and people in challenging life situations who attach importance to flexibility, convenience, good sound quality, clearly legible displays, and large buttons. 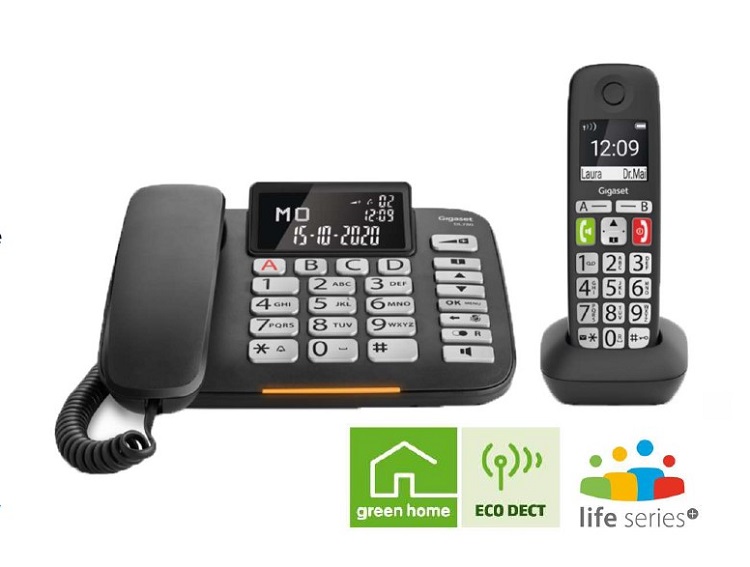 Audio features for the whole family

The two devices that make up the Gigaset DL780 Plus – the DL780 table phone and the DL780H handset – impress with top-class sound quality and volume. The loudspeaker volume on both can be adjusted, while the table phone offers an additional amplifier function. That means users can turn up the volume to extra loud and hear calls clearly – perfect for the elderly or people who are hard of hearing.

Apart from their first-class sound quality and volume, the two devices in the DL780 Plus also boast further audio features that are practical not just for older people, but also for the whole family. The volume of the table phone’s ringtone can be adjusted individually to seven levels, while the receiver’s volume can even be set to up to eight. The ringtone volume on the DL780 handset can be set to five levels. Both components of the Gigaset DL780 Plus have hearing aid compatibility.

Telephone fraud is on the rise again in Germany. Seniors in particular are often the victim. In order to prevent phone fraud and unwanted calls that get on the nerves, the Gigaset DL780 Plus has a call protection feature that can block up to 32 numbers. As a result, unwanted calls are no longer received and cannot unsettle users.

Connected to the furthermost corner

A shared phone book, a synchronized list of received and missed calls for both devices, and a synchronized call protection feature are some of the many advantages of this twin set.

“The two devices should feel like you’re handling one phone with two receivers. That’s why we felt it was particularly important to synchronize the handset and table phone,” states Thomas Prößdorf, Product Manager at Gigaset. “After all, convenience doesn’t stop at being able to adjust the volume or one-touch features.”

The Gigaset DL780 Plus goes a step further in terms of convenience: The plug & play feature means users can unpack the devices, connect them up and start phoning right away. Their ease of installation is ideal for the practically minded who want to live without hassle.

With its appealing looks and modern design in classic black with silver keys, the Gigaset DL780 Plus blends into the home’s decor. The large, high-contrast, white-on-black and well-lit displays are also easy to read for people with poor eyesight. The display of the DL780 table phone measures 78 x 46 mm and always shows the date and time in idle mode. Missed calls are also shown on the display in idle mode. The call duration is shown on the display of both devices during a call, so that users always have an eye on the time, even if they chat away for hours. In addition, an LED on the front of both devices flashes to indicate an incoming call.

The handset’s display is 34 x 37 mm in size and its contrast can be adjusted to suit the user’s individual needs. Navigation in the main menu is extremely simple thanks to the large icons and uncomplicated concept. Jumbo mode can also be optionally enabled so that numbers and letters are shown in extra-large format on the handset’s display. Incoming calls are indicated by the flashing green button on the handset.

In an emergency and for fun

The Gigaset DL780 Plus is a flexible phone for families, but it also makes communication easier in particular for the elderly or people with special needs. Both devices have programmable speed dial keys for important numbers that have to called quickly in an emergency or everyday life. The DL780 has two speed dial keys and the table phone even has four. The two devices in the DL780 Plus set share a phone book that can store up to 99 entries.

Thanks to the tried-and-proven, environmentally friendly ECO DECT technology for fixed-line and cordless phones from Gigaset, the power consumption of devices that support this feature is reduced by 60 percent. The transmitting power is also reduced automatically depending on the distance between the handset and the base station to the level precisely needed to ensure a stable connection between the handset and base station. The handset of the Gigaset DL780 Plus is even completely radiation-free in standby mode.