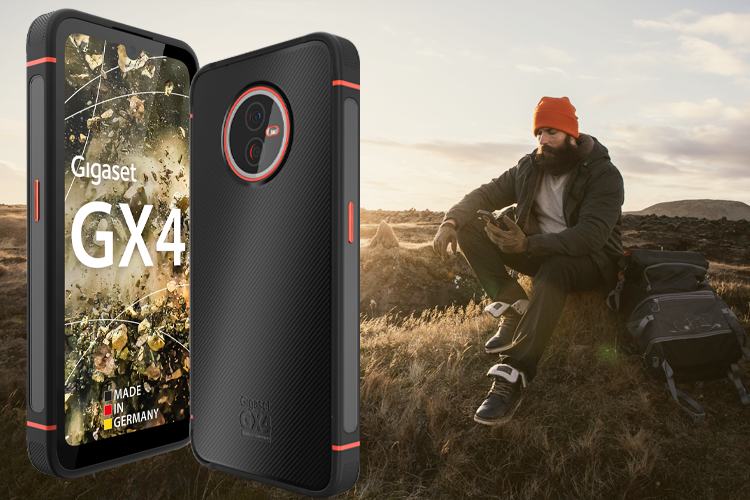 For adventure in the wild and at work: the Gigaset GX4 “Made in Germany”

Gigaset is launching its GX4 outdoor smartphone right on time for the Christmas trade season. As the successor to the highly successful GX290, this model comes with a replaceable battery, a super-fast charging function, a 48-megapixel camera and features such as a programmable function key, a fingerprint sensor on the on/off button and an LED spotlight ring for notifications on the back. The housing of the Gigaset GX4 is ruggedized to a military standard, dust-proof and water-proof. It is a stylish and exceedingly robust companion for anyone with an active lifestyle and demanding work environment. With its features and a recommended retail price (RRP) of €349, the GX4 is the official successor to the successful GX290 and clearly set apart from the GX6, which was introduced in September.

“The GX290 is a hard act to follow,” says Jörg Wissing, Senior Product & Business Development Manager at Gigaset. “Our first outdoor smartphone went through the roof in the truest sense of the word. The device was praised by the trade and general interest press, we were represented in lifestyle media with it, we impressed customers, convinced outdoor bloggers and won over major business customers.” Jörg Wissing and his team wanted a systematic further development, new and better features, production at the parent factory in Bocholt, North Rhine-Westphalia – and all that without exceeding the defined price range. The result is the Gigaset GX4 – a rugged outdoor smartphone “Made in Germany” with a fresh design, new ideas and a fair price.

The Gigaset GX4 boasts all-round protection. With its two-shot injection-molded TPU housing and a frame made of aluminum, magnesium and titanium, it meets the MIL-STD-810H and IP68 standards. It easily withstands falls from a height of 1.20 meters and being submersed for up to half an hour in water at a depth of 1.50 meters. The device operates at ambient temperatures between –15 and 45°C and can be cleaned with water, soap, alcohol or disinfectant. 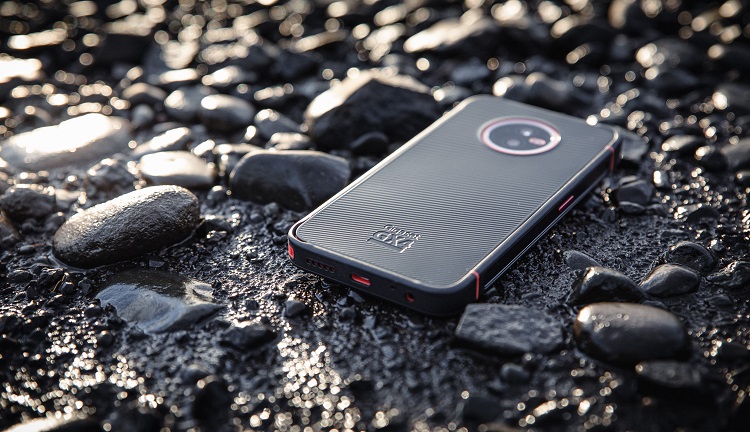 A new feature compared with the GX290 is the replaceable battery, which can be swapped by users themselves. Thanks to its 5,000 mAh power, it enables a talk time of 45 hours (4G), audio playback for up to 56 hours and video playback for a maximum of 16 hours. The Gigaset GX4 also boasts fast wireless charging at up to 15 watts in accordance with the Qi standard. It now also supports Power Delivery 3.0 and is charged to 90% full at up to 30 watts very rapidly in just one hour.

The V notch display now has a higher contrast of 1,500:1 and HD+ resolution (1560 x 720 pixels) – the ideal combination for a clear presentation coupled with a maximum battery life. A brightness of 550 nits means the display be seen clearly even in bright sunlight. The display is protected by Corning® Gorilla® Glass 5 with a scratch-resistant and dirt-repellent surface. It can even be operated by users who are wearing gloves up to a thickness of two millimeters or have wet hands.

From Microsoft Teams to Word, Instagram to TikTok, Signal to WhatsApp, booking.com to DB Navigator: The MediaTek Helio G99 with its six cores – two A76 with up to 2.2 GHz and four A55 with up to 2.0 GHz – delivers computing power when users are out and about. The processor also has no problems handling multiple applications in parallel and still has enough reserves in store. The dual SIM slot can hold two nano SIM cards, while the 64-GB internal memory can be expanded by up to 1 terabyte with a microSD card.

The Gigaset GX4 has an optimized version of the camera familiar from the GS5: a dual camera system with a 48 MP PDAF wide-angle and an 8 MP ultrawide-angle lens that also permits macro photography. The aperture plays an important role in the quality of photos. A wide F1.8 aperture ensures that enough light reaches the camera sensor to deliver good photos in the twilight or dark – and the dual LED flash also helps in that. The aperture’s size is reduced to F2.2 in better lighting conditions, permitting a greater depth of field. The Gigaset GX4 records videos in pin-sharp 2K resolution. The front camera has a resolution of 16 MP and is ideal for selfies or video calls. 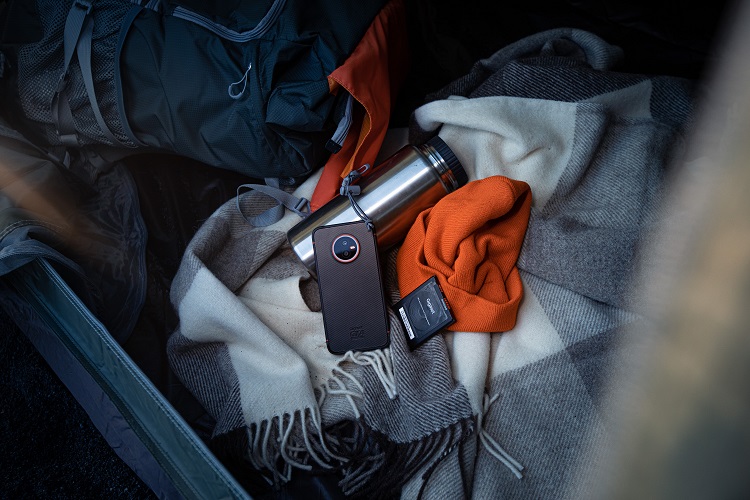 “Less is often more,” adds Linda Kirfel, Product Manager Mobile at Gigaset. “However, we know from our customers that they really want certain features – even if they’re as small as a notification LED on the front of a smartphone. We’ve also given the GX4 an LED spotlight ring on the back that indicates missed calls and messages. After all, the devices are often left lying with their display facing down.” Gigaset has also kept practical features like the 3.5 mm jack or an FM radio. Like its big brother, the GX4 comes with a programmable function key and a fingerprint sensor on the on/off button; however, it can also be unlocked via facial recognition.

The Gigaset GX4 goes on sale in the colors black and petrol at stores and online retailers and in the Gigaset online shop from mid-December. The RRP is €349.00. Apart from the user manual, it comes with a USB-C charging and data cable and a wrist strap that can be threaded into an eyelet on the GX4.