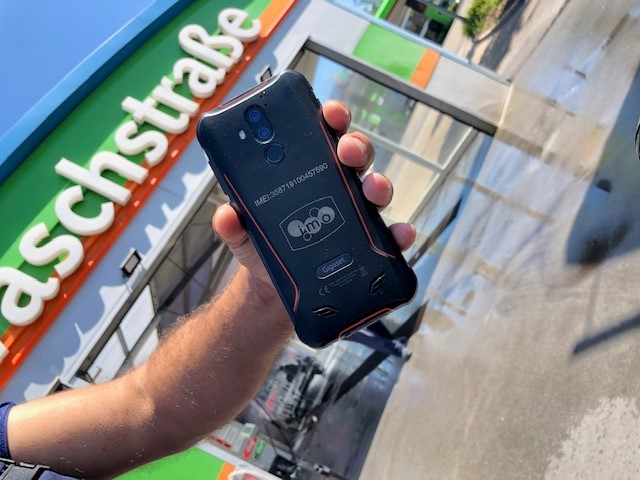 Just about everyone is familiar with IMO car washes. Their green-and-blue facade is striking and can now be seen in 14 countries around the world. The IMO Car Wash Group, which is part of ICWG, operates around 900 car washes worldwide, making it the largest car wash company.

Founded in Germany in 1965, IMO has been owned by a major international group since 2006. IMO recently decided to use Gigaset smartphones at all its car washes in Germany. Jana Greyling interviews Christian Weiss, the responsible Key Account Manager at IMO, about the reasons for that, what it has to do with environmental protection and digitalization, and why an outdoor smartphone like the Gigaset GX290 is needed at car washes. 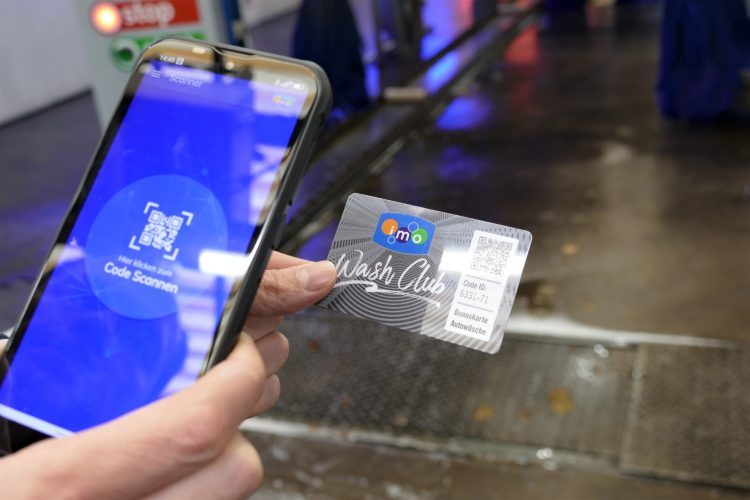 Jana Greyling: Mr. Weiss, why did IMO Autopflege GmbH decide to use the Gigaset GX290 smartphone at all its car washes in Germany?

Christian Weiss: There are various aspects involved. We decided to make changes to enhance our sustainability, support our digitalization process and simplify how we handle customers.

One of our biggest challenges was that we had to print hundreds of thousands of paper vouchers every year for our customers at the car washes. That produces a huge mountain of paper, which isn’t exactly a sustainable approach. The obvious solution was to replace the paper vouchers with a digital system. We developed a system that uses QR codes. The range of services at every single car wash can be clearly assigned via the QR code. We then needed to find scanners to read the QR codes and handle customers.

Jana Greyling: Surely, there are lots of scanners to choose from. So why did you opt for Gigaset smartphones?

Christian Weiss: There are indeed many QR code scanners, but given that our line of business is car washes, where customers need to be served in seconds in summer and winter in very humid and wet conditions with extreme fluctuations in temperature, we needed particularly rugged devices that are water-proof, temperature-resistant and above all stable enough to cope with the extreme working conditions on site. That soon narrows down the list of candidates.

Jana Greyling: That sounds plausible. But you didn’t use Gigaset smartphones from the outset, did you?

Christian Weiss: That’s right. We tested various outdoor and ruggedized smartphones from other manufacturers beforehand. However, there was always a snag: The quality of the devices was either too low or their range of functions was inadequate and not suited to our needs. But the biggest problem was that the cameras on all the rival devices were unable to recognize our QR codes quickly and smoothly enough. The code has to be scanned by us for every single wash, since our new system bills the service via the app.

Jana Greyling: And how did you finally hit upon Gigaset?

Christian Weiss: It was actually by chance and a pretty annoying experience when I look back. Of course, I knew Gigaset from the field of DECT telephony. One day I spotted the GX290 in the display window of a large consumer electronics retailer. That raised my interest – a smartphone from Gigaset and a rugged model to boot. But when I tried to obtain detailed information on the model in the store, I didn’t receive any satisfactory answers. Even after an official request on behalf of IMO, we didn’t receive any information or advice after a lengthy time. I decided there and then to approach Gigaset directly.

Christian Weiss: Absolutely. Gigaset responded immediately. It provided us with a test device that we tried out at our car washes – and everything went smoothly. But what was even more important: I learned more about how the device could be customized through my direct contact with Gigaset. That made up our mind: We wanted to work with Gigaset.

Jana Greyling: Of course, we’re delighted that we could help you. So how are the devices specifically used at the car washes?

Christian Weiss: The GX290 works very well at our car washes. The camera can read QR codes directly, even on different surfaces. We deploy it for all one-time customers who previously used a paper voucher, and also to read information from a customer card for corporate customers.

The code enables information to be sent to our numerous corporate customers who have a fleet of company cars, for example. Customers can see right away from our customer cards and the scanning system which car has been washed and how much that cost. That’s then billed to the customer and the employee doesn’t have to pay for the service. This system offers corporate customers a greater degree of control and also helps prevent abuse. As a result, we’ve been able to significantly improve our contacts with and service for our B2B customers. 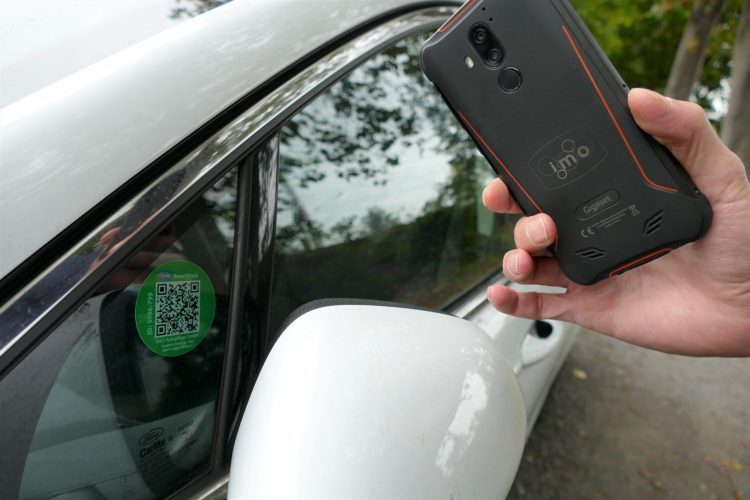 Christian Weiss: No. Private customers can also enroll in our Wash Club. We then provide them with a prepaid card that allows them to select the various wash programs and pay after scanning the individual QR codes. As a result, we can eliminate around 600,000 paper vouchers a year that would otherwise be harmful to the environment.

Jana Greyling: That’s a really powerful argument. You also mentioned the subject of customization. What did that involve in your case?

Christian Weiss: We decided to have our logo engraved on every smartphone for marketing reasons. We also had the IMEI number engraved on each device. That enables simple identification of them as part of device management and prevents theft.

We also tailored the software to our needs. We have a central MDM system to maintain and monitor all the devices and install new apps, features or upgrades on them. It was very important for us to be able to use this feature because it lets us make changes to all devices simultaneously overnight, for example.

Jana Greyling: Are you also thinking about rolling out our GX290 at your car washes in other countries in the future?

Christian Weiss: We’re currently in the project’s initial phase, but we’re delighted at the success we’ve had with the devices so far and would like to increase the number we use in the long term if they continue to prove a success. However, we only need them for Germany at the moment. But once all the details are clarified and all the challenges are overcome, we would aim to roll out the GX290 at IMO’s car washes throughout Europe.

Jana Greyling: Mr. Weiss, many thanks for this interview.