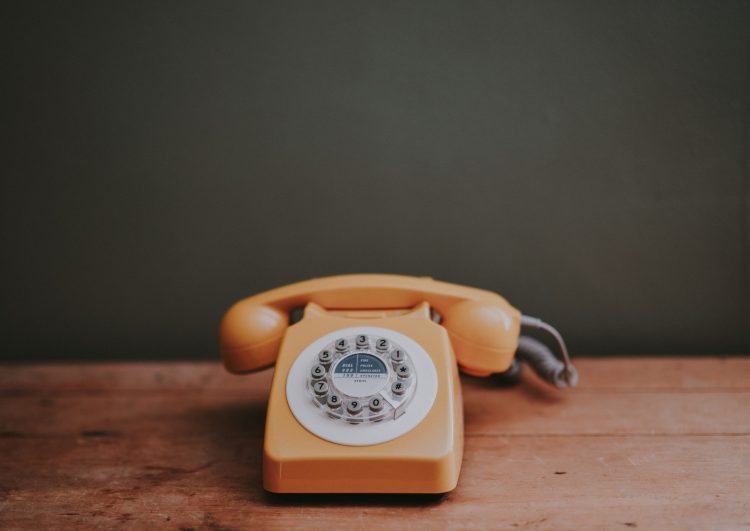 Gigaset: A stalwart in telecommunications

When we think of telecommunications nowadays, we often associate it first and foremost with the Internet, the omnipresent World Wide Web. By and large, fixed-line telephony now also uses IP technology, in which voice is transmitted by means of digital data packets instead of over cable. Thanks to the Internet, we can connect with and contact anyone anywhere in the world with just one click or voice command, and an unprecedented breadth and wealth of information is available to us – all in all, communication has never been so easy, direct and global. Yet telecommunications was possible in the 19th century – even at an international level. The technology of choice back then was telegraphy.

Development of the pointer telegraph by Siemens

From the 1840s, telegraphy was a widespread means of transmitting messages across large distances. Development and industrial production of the pointer telegraph by Werner von Siemens and Johann Georg Halske heralded in this technology’s ascendancy, since Morse code was no longer needed and so even laypersons could send and receive text messages. The world became smaller almost overnight as messages from remote places could be sent in an instance instead of taking days to arrive. Telegraph lines were quickly constructed, not just between cities, but also linking countries – and so it soon became clear that joint rules for the telecommunications infrastructure were required.

On May 17, 1865, representatives from 20 European governments gathered in Paris to sign the first International Telegraph Convention, with the goal of establishing standards for this new medium and so laying the groundwork for the further spread of telegraphy. A telegram of 20 words was defined as the charge unit and the delegates also agreed a region-based tariff model. The International Telegraph Union was founded at the same time.

Invention of the phone

The momentum telecommunications gained as a result of technical progress grew stronger and stronger in the following years. Just 11 years after the conference, the first telephone was patented in 1876 and in 1885 the 6th International Telegraph Conference adopted regulations for the rapidly spreading technology. Calls were limited to ten minutes if a further free line was not available and preparations were made to establish a uniform tariff. Siemens developed a telephone based on the model of Alexander Graham Bell and it soon caught on thanks to its ease of use. At the end of the 19th century, scientists such as Nikola Tesla began experimenting with ways to communicate without cables, marking the definitive dawn of the age of telephony.

Flanked by rapid technological advances, the telephone became a means of communication that was accessible to more and more people from the start of the 20th century on. There were already more than 3.2 million registered telephone connections in Germany in 1930; the first telephone booth had even been erected in Berlin as long ago as 1904.

Opening of the Siemens subsidiary in Bocholt

In 1941 came an event that was to profoundly shape the history of telephony in Germany to the present day: the opening of the Siemens factory in Bocholt. The factory then started producing telephones seven years later and supplemented that with the construction of transmission equipment in 1959. Phones “Made in Germany” have since between stalwarts and no other institution in Germany has been so synonymous with them as the Bocholt factory. Its operations were boosted further in 1982 with the establishment of the Research and Development department.

Cordless all of a sudden: the DECT standard

While the main focus in the almost first 120 years of the telephone’s history was on wireline communications, it shifted to cordless telephony in 1993 with the development of the DECT standard. The first cordless phones based on the new wireless standard came off Bocholt’s conveyor belt that very year. Thanks to their high range, protection against eavesdropping and outstanding audio quality, cordless phones – whether for private life or work – are still a key component in Gigaset’s portfolio to this day. The reward for the countless hours of work in developing and improving them: market leadership in the field of cordless DECT phones in Germany.

Smartphone “Made in Germany” 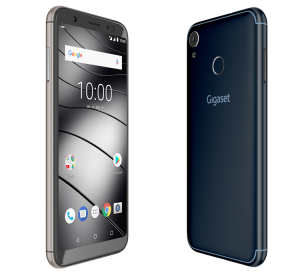 The new millennium brought with it new developments at Bocholt as mobile communications and the Internet became more and more established: Production of GSM devices, i.e. products that enabled mobile telephony, from 2000 on and voice and data devices a year later laid the foundation for a further success story that reached its pinnacle in 2018: the first smartphone Made in Germany. Production of the GS185 in Bocholt was a move that ran counter to typical manufacturing strategies up to then and caused a stir in the industry.

Years before that, Gigaset ensured that professionals in many sectors were able to experience the voice quality and reliability they were accustomed to at home in their working life, too. Launched in 2014, the Maxwell desktop phone series has not only set new standards for crystal-clear audio quality, flexibility and security, but also in production as a result of the establishment of our U-shaped line based on lean principles at the Bocholt plant. The communications landscape and the underlying technologies and standards have changed enormously over the past 175 years. An end to these advances is not in sight, but one thing is clear: Gigaset will remain a major driver in this highly dynamic field. By establishing itself as a key player in cloud-based smart home solutions in the areas of safety, convenience and assisted living for the elderly, and by producing smartphones in Bocholt, the company demonstrates that communication Made in Germany will not lose any bit of its relevance in the future, either. Happy World Telecommunication Day!