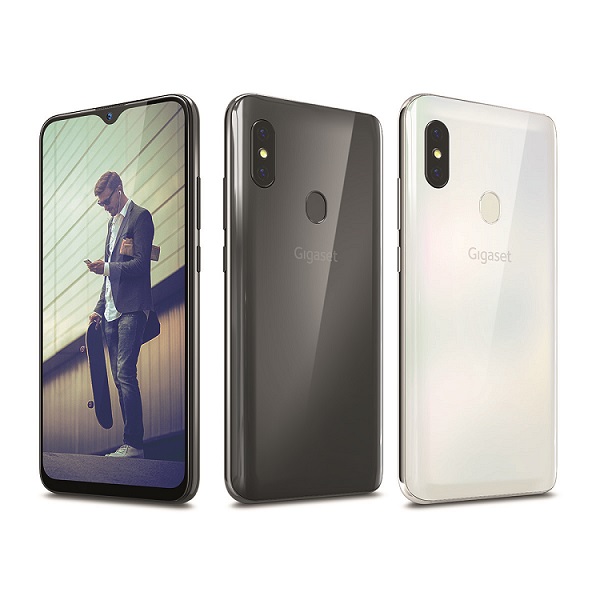 Gigaset will present the successor to the successful GS280 and its new flagship model at the end of the year: The GS290 comes with a powerful battery and huge 6.3-inch full-HD+ display, can be charged wirelessly and boasts near-field communication (NFC), for example to permit cashless payment. The GS290 can accommodate private and business SIM cards simultaneously and so is the classy and reliable companion for eventful working days or a long night of partying. It is now the fourth smartphone to be produced by Gigaset in North Rhine-Westphalia and goes on sale at stores and online retailers at the RRP of €269.00 as of November 2019.

Phoning, chatting, listening to music, reading a newspaper or book, cashless payment, video streaming, managing appointments, writing e-mails, taking snapshots, transferring money, booking train tickets, gaming, checking bus timetables, reserving a vehicle in a car-sharing scheme – ten years ago, it was almost unimaginable what a smartphone can now do in 2019. The demands of everyday life are increasing. Smartphones help us cope with the wealth of tasks, yet also offer relaxation and entertainment.

Gigaset addresses changes in customers’ needs with its new GS290. The device’s highlights, apart from its customary powerful battery and large display, are wireless charging, NFC and the dual main camera with ArcSoft® optimization. “We aim to set a new flair in our class with the Gigaset GS290 and are presenting a genuine highlight at the end of the year,” says Andreas Merker, VP Smartphones at Gigaset.

The display is a focal criterion

The display defines the look of every smartphone and is also its key component: If it is too small and its resolution is too low, multitasking is no fun at all. If it lacks contrast or is not bright enough, it is not easily legible outdoors in the sun. The GS290 has a phenomenal 6.3-inch IPS display with a V notch and a resolution of 2,340 x 1,080 pixels (FHD+). It is excellently suited for editing documents or displaying presentations and photos, and makes it easy to use several apps simultaneously. Thanks to its 19.5:9 aspect ratio and notch for the selfie camera, the display extends to the device’s edge. That ensures an ideal ratio between the display diagonal and the device’s size.

6.3-inch FHD+ V-notch display – the Gigaset GS290 makes use of every millimeter

Juice and power in abundance

Gigaset sets store by the MediaTek Helio P23 octa-core processor – with its 4-GB RAM and clocked at up to 2.0 GHz, it ensures a high working speed in conjunction with 4G LTE. It also delivers enough computing power for more demanding apps and communications applications. The 64-GB internal memory can be expanded by up to 256 GB with a memory card. That means the Gigaset GS290 can cope with all everyday requirements without any problems and easily handle large quantities of data, too.

Like all state-of-the-art Gigaset smartphones, the Gigaset GS290 goes a long time with needing to be recharged. That is ensured by the exceptionally powerful 4,700-mAh battery with its advanced power-saving system – when its capacity is low, the device automatically switches to battery saver mode if desired. As a result, the device lets users play music for up to 34 hours or watch videos for a maximum of eight hours, and offers a talk time of eight hours and ample standby time of 156 hours. Even after a full working day of business calls and intensive e-mail communication, the Gigaset GS290 still has enough power for a long night of partying with lots of photos, selfies and videos. 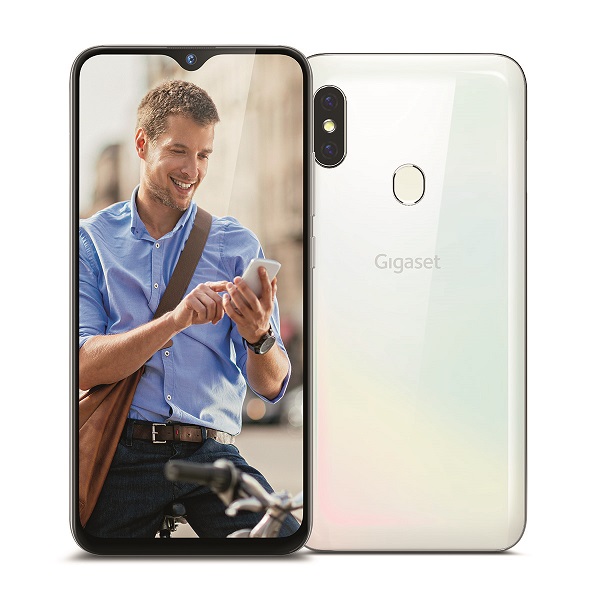 From an appointment to the dance floor – the Gigaset GS290 cuts a fine figure.

When the Gigaset GS290 finally needs to be charged, that has never been so convenient. The device supports MediaTek Pump Express+ (PE+) technology and wireless charging – simply place it on a compatible cradle and the GS290 recharges super-fast and wirelessly at up to 15 watts. And because the new smartphone “Made in Germany” does not get out of puff so soon, it likes sharing: USB OTG enables it to be used as a power bank and charge other devices and accessories.

Better photography with a second camera

The main camera has two lenses and combines both photos with 16 MP and 2 MP into an impressive overall result. The software from the digital photo expert ArcSoft® then optimizes them and, for example, permits a bokeh effect for portrait photos with a background blur. In High Dynamic Range Modus (HDR), the camera takes a whole series of photos which the software then translates into a particularly high-contrast picture with lush colors. The front camera in the V notch on the front of the GS290 takes photos with the same 16-MP resolution as the main camera on the rear – guaranteeing perfect selfies. GIF mode, filters for different stylish effects or ultra-HD mode can be used to touch up snapshots before they are shared. The camera in the GS290 also recognizes QR codes and offers panorama mode. 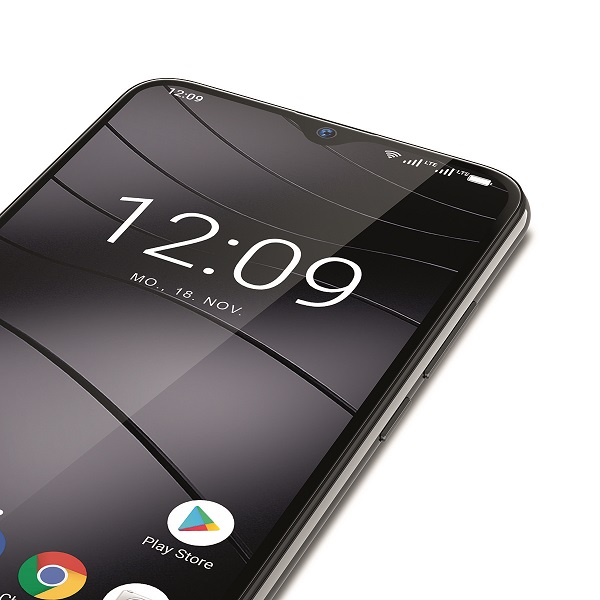 Use the smartphone to pay and unlock it with your face

The Gigaset GS290 comes with near-field communication (NFC), the standard also used by EC cards for contactless payment. More and more banking apps and Google Pay support NFC. An EC or credit card can be loaded virtually on the smartphone. The smartphone with the app activated then only needs to be held up to the terminal at the checkout. That means the mobile device will become the means of payment of the future. NFC also permits quick and easy transfer of data, such as phone numbers or addresses, between two smartphones. Museums and other public places are setting store by NFC more and more – for example, it makes it very simple for visitors to call up information on a specific exhibit.

The fingerprint sensor and Face Recognition make unlocking the GS290 particularly simple. These technologies are quick and secure – the phone is unlocked immediately without the need to enter a PIN. The fingerprint sensor can also be used to scroll through pages on screen, take a call or open the camera.

In addition to the 24-month manufacturer’s guarantee on the device and battery, Gigaset also gives a three-month warranty on damage to the display or from damp. If the device falls in a puddle, it is repaired by Customer Service in Bocholt in one day, free of charge. For those in a particular hurry, Gigaset has teamed up with “Phone Service Center” to offer immediate repairs in, at present, five cities. It also promises to take the smartphone back within 90 days – if customers are not satisfied with it, they can simply return it.

The GS290 “Made in Germany” comes in a recyclable, compostable grass packaging comprising – to a proportion of 30 percent – grass fibers from the region around Bocholt. Gigaset has also fully eliminated additional plastic materials in the packaging. The Gigaset GS290 in the colors Pearl White and Titanium Grey goes on sale at stores and online retailers and in the Gigaset online shop at the RRP of €269.00 from November 2019.