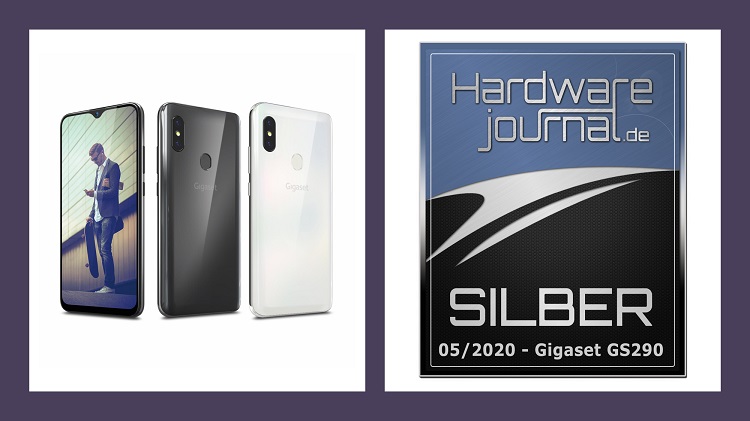 “Just about everybody wants a smartphone at an affordable price – the latest flagships cost nigh on 1,000 euros and also come from faraway China” is how the article on the GS290 in the IT magazine Hardware-Journal begins. Five pages later, the silver award for value for money is bestowed on our phone.

“The Hardware-Journal test sums it up nicely,” says Sina Lenz, Senior Manager Corporate Communications at Gigaset. “We offer our customers smartphones with features they want and at a fair and reasonable price.” 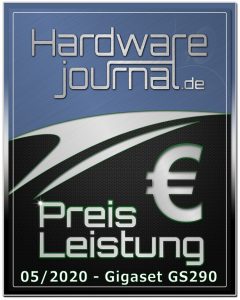 The article shows the GS290 in a very positive light overall. It singles out the phone’s good battery life, powerful front camera, registration of multiple fingerprints to enhance security, the device’s stability, its design and its performance when 2D games are played on it.

The possibility of having it personalized with an individual engraving and Gigaset’s extensive repair service are also mentioned. The accessories are rated as top-class, while features such as USB-C, OTG, NFC and wireless charging are also cited as positive aspects. Given that positive feedback, it is only logical that the GS290 is called an all-rounder in its price class and captures the silver award for value for money in the test.

The GS290 is Gigaset’s current smartphone flagship and is often labeled as “business class at an easy price.” With its extensive features, such as an extra-large 6.3” display, powerful octa-core processor, high-resolution 16 MP + 2 MP dual camera and 4,700 mAh lithium polymer battery with great staying power, the smartphone comes in the colors Pearl White and Titanium Grey and boasts an elegant glossy look.

Hardware-Journal is a completely independent IT online magazine. Launched in 2011, its gives savvy readers and newcomers the opportunity to expand and share their PC know-how. To enable that, Hardware-Journal offers the latest news from the computer industry, extensive and independent product tests, and a forum for sharing information.