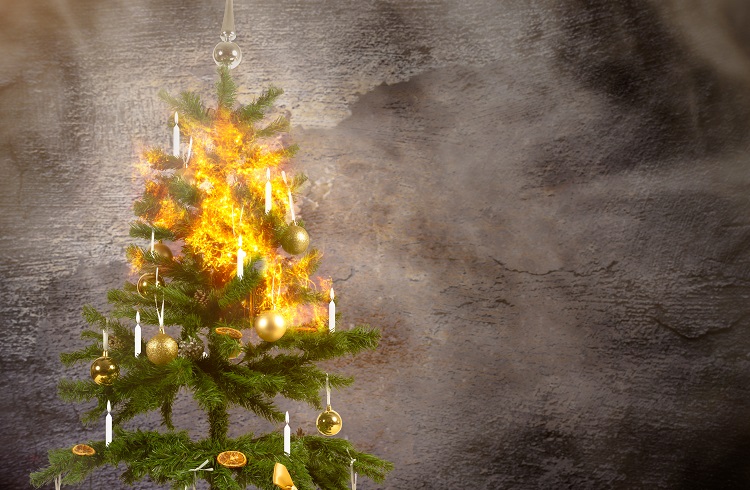 Prevent fires during the advent season with the Gigaset Smoke Sensor 2.0

You can bet your bottom dollar that December is the month with the most fires in rooms. “Why is that?” many of us will ask, rubbing their eyes incredulously as a result of the acrid smoke caused by blowing out the advent candles. And that’s precisely one of the reasons why: December is the month in which a record number of candles are lit.  During the advent and Christmas period in 2019, insurance companies recorded around 29,000 fires – approximately 9,000 more than in the fall. The decorative, yet hazardous candles adorning the Christmas tree or wreath are often to blame. If you’ve ever seen what happens to dry coniferous wood when it catches fire, you know that it’s ablaze in a matter of seconds.

According to the German Insurance Association (GDV), there are thousands of additional fires every year in the advent season. The biggest source of danger in the run-up to Xmas is still from fires in rooms caused by the candles on advent wreaths. However, things really heat up around Christmas when the candles on the tree are lit up, the water in the tree stand has slowly evaporated, and the branches begin to shed their needles. If you bought your tree at the beginning of December, then it has lost its freshness and humidity by the end of the month. And that’s precisely when things get perilous: The dry needles are full of essential oils and so act like a fire accelerant. Tiny gas explosions ensure that the fire spreads to the entire fir in seconds. And that may mean you don’t even have enough time to extinguish it.

You’re out of the room for a moment and the burning candles on the Christmas tree or advent wreath quickly start a blaze. Around 500 fires occur every advent season, as the Austrian Insurance Association (VVO) and Austrian Road Safety Board (KFV) stated in a recent broadcast. Apart from naked flames, electrical fires are also a significant source. That’s why candles, such as those on the Christmas tree or advent wreath, should never be left unattended when lit and, as the fire brigade advises, they should always be put up at a distance of at least half a meter from curtains or other flammable materials. A bucket of water within easy reach can also help.

“Damage due to fire regularly increases by 40 to 50 percent at Christmas and New Year,” warns Jörg Asmussen, Managing Director of the German Insurance Association (GDV). Statistics show that household content and residential building insurers recorded around 8,000 more fires at the end of last year. 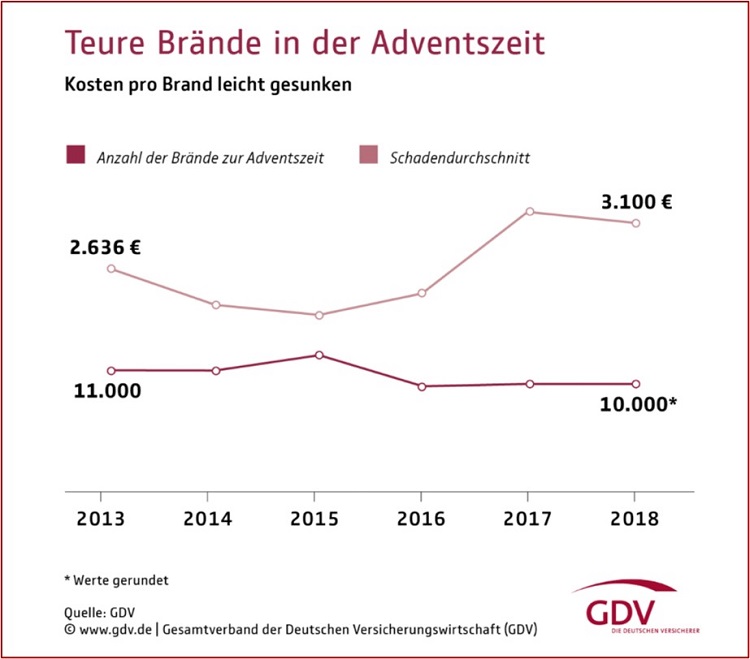 Sleeping with the candles lit isn’t a good idea

By the way, it’s a pretty bad idea to sleep with candles burning near you. First, we have no sense of smell when sleeping, in other words, we can’t smell fire and take action. That’s why smoke detectors have been mandatory in Germany for some years and must be fitted in new and converted buildings that are let out privately or lived in by their owners in all federal states.

A snooze on Christmas day as the candles on the tree cast a soft glow in the evening can be costly and, in the worst-case scenario, may even be construed as gross negligence if it is proven that you have residual alcohol in your blood. If a fire occurs in your home in such circumstances, that can turn out to be costly.

Smoke detectors must be installed in bedrooms and in corridors that are used as escape routes. Best of all, however, high-quality smoke detectors should be fitted in every room of an apartment or house. 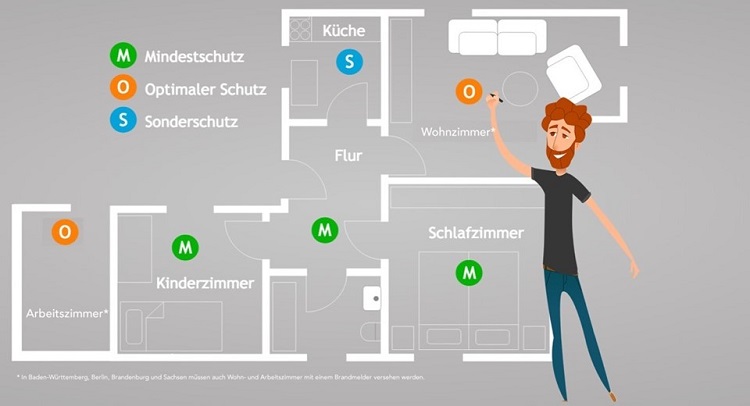 Intelligent protection with a keen sense of smell

A smart smoke sensor like the Gigaset Smoke Sensor 2.0 ONE X has a particularly “keen sense of smell.” In this case, it’s the installed sensor that can smell smoke at night and not our nose. But that’s not all: The smart smoke sensor from Gigaset also warns you if there is an electrical defect, the coffee machine or toaster overheats or sockets produce sparks. There’s also a great risk of fire from candles and fireplaces – but the smoke sensor also sounds the alarm here, if need be.  That’s not only extremely useful, but also saves money, nerves and lives in an emergency. That’s because the smart smoke sensor sounds the alarm before a fire actually breaks out and alerts the inhabitants even if no one is at home. They can see from the app which rooms are affected. The smoke detector is ready for action at all times and also works if the Internet is down, which means a warning in the home is always issued. And this smoke alarm device is a smart step ahead of other detectors that only make a noise: It integrates perfectly into the security systems from Gigaset. When smoke is generated in your home, it sends a warning to your smartphone via the Gigaset elements app.

It also establishes a connection to other devices, such as the Gigaset siren – significantly increasing the volume of the acoustic warning. All devices connected to a Gigaset plug are activated at the same time – a crucial advantage since escape routes are automatically lit up in the home in the event of an emergency. It can also be connected with the lighting system from Philips Hue so you are warned both acoustically and visually. It’s also easy to set up using the app.

Safety is written in capital letters

The battery inside the Gigaset Smoke Sensor 2.0 ONE X has a 10-year lifespan. The Gigaset Smoke Sensor 2.0 issues a maintenance reminder to users by app every six months so as to ensure its full functionality is retained. That delivers added safety. The maintenance regulations for smoke detectors are stipulated in DIN 14676. The smoke detectors should be checked and maintained regularly in accordance with the manufacturer’s specifications, but at least every 12 months.