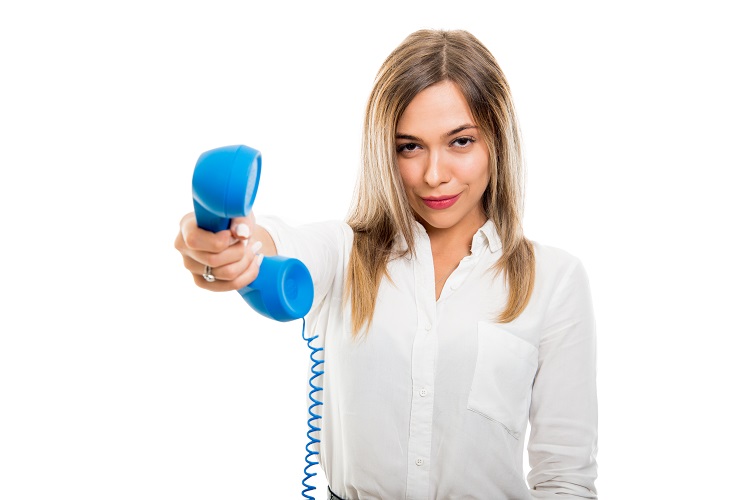 A psychological Perspective on Telephoning

Believe it or not, there are studies on “Psychology of Telephoning”. We have gathered some facts from the studies. In summary, it can be said that taking the phone in hand more often can be good and successful in the job.

Empathic on the phone

Experiments have shown that people can best recognize emotions by hearing their voices. If you only saw the face or say the person in a comparable situation, the assessment was worse. So the voice reveals a lot about our feelings, and it can be worthwhile to concentrate on this one sense.

Successful on the phone

Subjects who should ask strangers to participate in a survey were divided into two groups. Some should ask by email, others by phone to take part in the survey. Both group participants believed that the acquisition was about equally successful. But the group on the phone was much more efficient and successful and received 34 times more commitments on average.

Rarely on the phone

Unfortunately, people make fewer and fewer calls. Text messages displace the phone call and thus shorten the dialog. In a survey of young people, 97 percent said that they chat on a smartphone every day or at least several times a week. Only 30 percent make calls on a weekly basis.

Connected on the phone

Whoever communicates with a stranger feels closer to him. This is the result of a study in socially anxious people after phoning, having a real encounter and chatting. Less anxious text messages were not enough, they needed direct contact or a phone call to be close.

Fear on the phone

A stranger picks up the phone, you have no time to think through the answer, you stutter, you have a blackout – and the other thinks you are stupid: quite a few people are afraid of such scenarios – and thus making calls. There is often a social phobia behind it.

By the way, against the fear of telephoning, telephoning helps. Anyone who picks up the phone learns that the phobia is unjustified. Every time the fear disappears a little more. There are many ways to practice. You can e.g. Order food or call the cinema to reserve tickets.