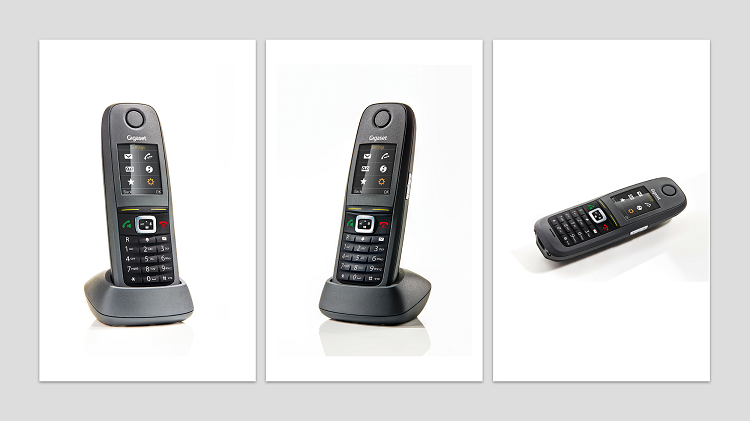 Gigaset is not only the European market leader in DECT cordless phones for the consumer segment, but also offers premium solutions in the field of business telephony. The R650H PRO, a particularly rugged handset from Gigaset’s portfolio for business customers, has been awarded the HTV-Life® mark of excellence, guaranteeing that planned obsolescence has not been built into it. The company is thus continuing its strategy of having its entire cordless phone portfolio certified externally and so, as one of the few companies in Germany, proving its products’ high quality even more clearly to consumers and business customers.

Planned obsolescence may not be a term that is familiar to everyone, but everyone knows what it entails: A product unexpectedly stops working properly far too early. Planned obsolescence denotes a policy where “companies deliberately reduce their product’s useful life.” That is not only a dubious course of action, but also lastingly shakes consumers’ trust in the brand and its products. It also hits customers in the pocket and is a burden on the environment, since every new device that has to be purchased too early means that an old one has to be thrown away too early.

A study by the German Federal Environment Agency also proves that many products have too short a useful life. Although the study could not prove that individual manufacturers deliberately planned obsolescence into their products, the President of the Agency, Maria Krautzberger, nevertheless criticized the fact that many appliances have too short a useful life. She also points to the “[…] lack of transparency for consumers.” Despite these plain words, only few manufacturers have so far adopted a policy of having their products certified externally.

“We regard external certification of our professional DECT cordless phone portfolio as a chance to demonstrate the high standards of quality we demand of our products even more clearly to our business customers,” says Kai Froese, Head of Business & Connectivity Solutions at Gigaset. “Our mission is to take a clear stance against planned obsolescence with our premium solutions and production in Bocholt, Germany, and so highlight our credentials to enterprises and large customers.”

That is why Gigaset has worked with HTV-GmbH since 2013. Numerous products have already been certified under this collaboration. Award of the HTV-Life® mark of excellence to the Gigaset R650H PRO means that the third handset for business customers has now captured this accolade.

Designed as a powerful business phone, the Gigaset R650H PRO is water-repellent, dust-resistant and shock-proof in accordance with the strictly regulated IP65 standard. It guarantees a secure grip thanks to its rubberized surface, while its powerful battery means it accompanies users throughout the whole day. It is incredibly flexible to use. The thick rubber keys mean it can be operated by persons wearing gloves; optical notification by an LED flash and illuminated keypad enable it to be used smoothly in loud or dark environments. Thanks to these features, the Gigaset R650H PRO delivers efficient communication even in a demanding ambiance.