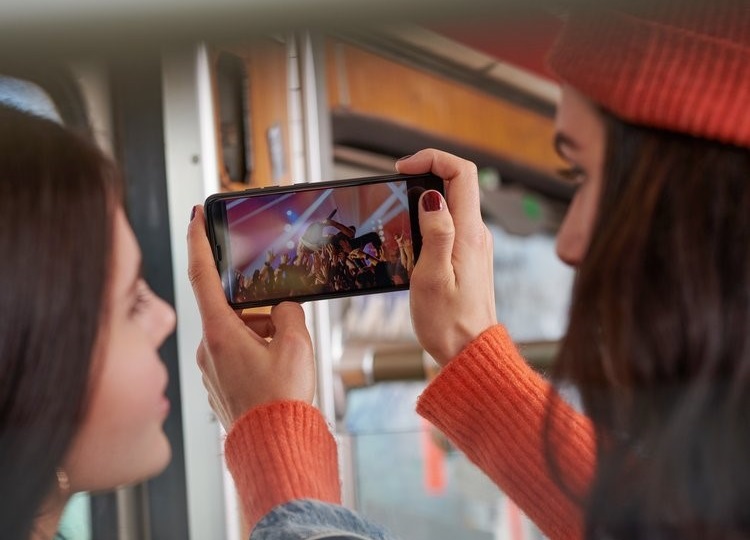 New study reveals: This is where Germans do mobile video streaming

Films, series, sports offers, YouTube or media library content – the bandwidth of mobile video content for smartphones is huge. Gigaset wanted to know: Where do Germans use their smartphones for mobile video streaming? A representative study[1] commissioned by Gigaset and conducted by the opinion research institute forsa provides information. Holiday, bed and public transport rank top three. But sports and cars also play a role.

Smartphones have long since become the entertainment center for people on the move. Gigaset wanted to know more about it. In cooperation with forsa, around 1,000 smartphone users in Germany were asked by phone about the occasion on which they had already streamed video content on their smartphones. The answers are surprising.

As a general rule, people with a high school diploma or university degree more often stream video content on their smartphone than people with a lower level of education. The most intensive streaming happens between 14 and 29 years of age. And video streaming is even more popular in Eastern Germany.

Lights off, streaming on

Nearly 40 % of all respondents say that they also consume video content on their smartphone before falling asleep in bed. In many cases, the device is then left overnight in the bedroom. So don’t forget to activate the blue filter on your favorite series or video clip – this will help you get a better night’s sleep. And in flight mode, the phone doesn’t glow and doesn’t disturb at night – until the smartphone alarm clock rings the next morning.
Mobile entertainment – for some even when steering a car.

For more than a quarter of all Germans, video content on the smartphone is a part of it when they are on the move. They stream in trains, suburban trains, trams or buses (30 %) or when riding in a car (24 %). After all, 4 % have already run a video content while sitting at the wheel of a car. It is noticeable that in Eastern Germany the proportion is much higher at 11 %.

More than one in two Germans has already used their smartphone on holiday to stream video content. The abolition of roaming charges within the EU will certainly contribute to this. The same applies to the fact that the storage capacity of mobile devices is constantly increasing and that many video streaming providers also support the download of content in the home WLAN network. All in all, it is striking: Even on holiday, men stream more (66 %) than women (4 2%). In this case, the 60+ age group is also strongly represented with 39 %.

1. Every fourth person (24 %) has already streamed videos on the toilet. Men are the majority with 31 %. Women only account for 17 %. This suggests that men can either spend more time on the toilet or relax better with a short film.

2. One in ten watches while doing sports – people in Western Germany tend to watch more often. They are obviously driven by their favorite series or music videos.

3. In Eastern Germany, every tenth person has already streamed video content while walking or on foot to work. Open your eyes in traffic!

4. When doing housework, more women stream than men. Guys, get rid of the clichés and get on the ironing board and the dishes!

5. According to statistics, every hundredth West German between the ages of 30 and 59 with a German Hauptschulabschluss has streamed video content while riding a bicycle – but that actually leads too far.

Whether in the toilet, on the beach, doing housework or at the end of the day on the bike: the Gigaset GS280, introduced in February, is the perfect smartphone for video streaming – with a long-lasting 5,000 mAh battery for up to 10 hours of video playback in one go and a bright, high-resolution 5.7-inch Full HD plus display. By the way, manufactured in Bocholt, this is already the second smartphone “Made in Germany”.