Gigaset Blog | Trends | Smartphones | Whatsapp: To stay or to leave, that is the question. 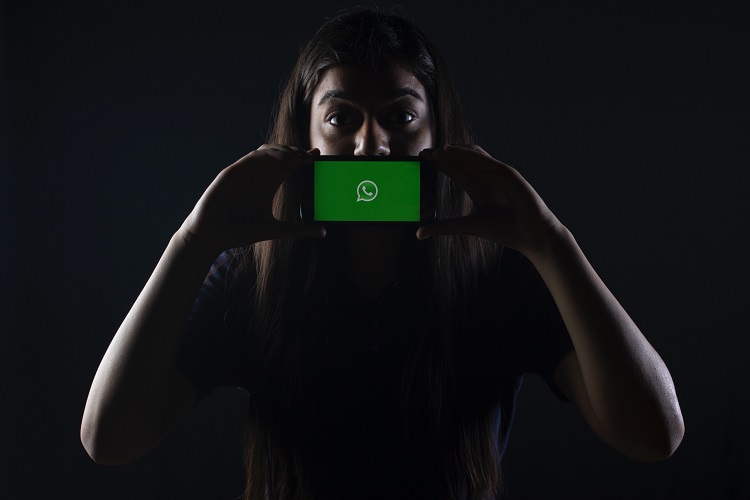 Whatsapp: To stay or to leave, that is the question.

When Edward Snowden, the whistleblower and data privacy activist, outs himself and confesses: “I use Signal every day,” and Elon Musk, the world’s richest man and CEO of Tesla, advises his followers on Twitter to “Use Signal,” then Joe Public begins to wonder and perhaps thinks about changing his toothpaste and trying Signal instead. Yet Snowden, Musk and the others don’t mean the well-known toothpaste brand, but the messenger service of the same name: Signal. And that also involves a serious issue: data privacy on WhatsApp.

In hindsight, the idea seems so simple that you may well ask why you didn’t hit on it yourself: a smartphone app as an alternative to SMS for sending messages over the mobile Internet. The idea has made the two founders of WhatsApp, Jan Koum and Brian Acton, stinking rich: They sold the messenger to Facebook for 22 billion US dollars in 2014. WhatsApp now has more than two billion users and is the world’s most successful and popular chat service, followed by Facebook Messenger (1.3 billion users) and China’s WeChat (around 1.2 billion). WhatsApp lets users share text messages, photo, video and sound files, location information, documents and contact data between two persons or in groups.

WhatsApp has now presented its new Terms of Service and caused a massive hullabaloo, since experts and data privacy activists fear that the messenger service aims to share data with Facebook. Anyone who doesn’t agree to the new Terms of Service may soon be unable to use the app any more. Those are the facts, but it seems that no one at WhatsApp had expected a backlash by angry, disappointed users who are leaving the service in droves. The company thus quickly tried to re-interpret the facts of the matter, spelling out that Europe was an exception. Niamh Sweeney, Director of Policy at WhatsApp, tweeted on January 7, 2021, that there are no changes to WhatsApp’s data sharing practices with Facebook for European users arising from this update. As a result of the criticism, above all in Europe, WhatsApp has now announced that it will amend the Terms of Service from May 15 and not, as planned, in the coming days. WhatsApp says it intends to use the time to dispel false information and misunderstandings about the update.

What will actually change?

WhatsApp claims that the changes are mainly to enable better possibilities to communicate with companies. The concept of end-to-end encryption, with which the content of chats is visible in plain text only to the users involved and not even to WhatsApp, will not be undermined. No extended forwarding of data to Facebook is envisaged, either. The new Terms of Service will actually change little as regards all the data collected by WhatsApp – even outside the EU. Strictly speaking, Facebook secured permission to access WhatsApp data years ago – when the Terms of Service were amended in 2016. Back then, users had 30 days to opt out, in other words, object to the new regulations. The data of anyone who did that is indeed no longer passed on to Facebook. All those who missed the deadline or set up an account later have had bad luck in this regard.

What (free) alternatives are there?

Aside from the current debate, there are indeed reasons for all of us to take a critical look at our use of WhatsApp. Even if conversations are kept from the prying eyes of Facebook thanks to end-to-end encryption, the company still harvests a mass of meta data – from payment information to your own contacts and a wealth of data on usage. But that shouldn’t come as a surprise given its price tag of 22 billion US dollars.

It never hurts to look around for alternatives on the market, since not every user wants their data to be passed on to Facebook. Anyone wanting to find out more in the web increasingly comes across names such as Signal, Telegram, Threema, Wire, Wickr and Co.

Even though they are only familiar to a small number of users at present, and many of us have to turn to the relevant IT media to discover what their names stand for, there is a growing interest among people to switch to using them. Millions of new users forced Signal’s servers to their knees last week, for instance. It seems no one had expected such a stampede of new users.

The discussion about “secure alternatives” is raging in the media. While one group praises the new chat services, other media warn of security risks. The magazine Utopia, for example, writes on its website: “Alternatives to WhatsApp: An overview of secure messengers. There are good alternatives to WhatsApp that are particularly secure and attach a lot of importance to data privacy and anonymity. Telegram, Threema, Wickr and Hoccer are familiar names, for example.” “Telegram” is presented here as a secure alternative, but the computer magazine Chip warns in an article on its website dated January 18, 2021: “Many users are looking around for a secure, privacy-friendly alternative to WhatsApp. The name Telegram is often mentioned in that regard. The messenger is regarded as secure and is extremely popular – it just recently broke the 500 million active users mark. But actually, the messenger, which comes from Russia, is not secure at all.

To stay or to leave?

At the end of the day, every user and every company has to decide for themselves whether to stay with WhatsApp or leave and what messenger services are a real alternative. And the issues of security, data protection and privacy should not be neglected in that. Rashly plunging head long into new uncertainties and without a plan B is of little use. As they say: Things are never as bad as they seem. After all, WhatsApp users still have until mid-May to decide and they should use that time to inform themselves in detail.

To help you do so, we’ve compiled a small collection of links to possible alternatives here.