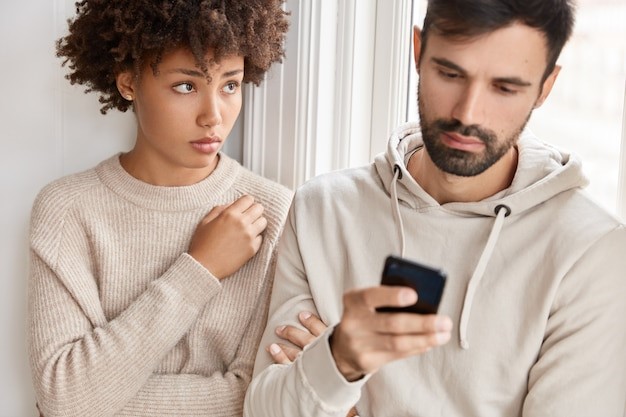 Two opposing trends are shaping the current conversation about how digital our lives should be in the future. On the one hand, there are the tech believers. They see the future in the metaverse, a virtual world. It can be “entered” with technical means – VR goggles and suits. In the future, we’ll work, learn and spend our private life mainly in this virtual space. On the other hand, there are those who are critical of technology. They plead for moderate and selective use of digital media. An important factor here is digital detox or in short: partial or complete abstention from using digital media.

Do we stare at displays too much?

The digital detox originated as a backlash to online and smartphone addiction. The health insurer DAK Gesundheit estimates that 100,000 children and young people in Germany are hooked on social media such as Facebook or Instagram. And that’s just those aged 17 and below. Many adults are also glued to their computers, tablets and smartphones for hours every day. Germans now spend an average of 10 hours a day in front of a display. That’s sufficient reason to take a closer look at tactics for a digital detox.

Digital detox: Pick up a torch now and again

Our smartphones accompany us everywhere. No wonder, since the small devices are true all-rounders. They replace torches, cameras, toolboxes or hiking maps. So if you want to spend less time on your smartphone, you can simply use the analog version of these things. Actually, it’s also a charming experience to use a real meter rule or a mechanical alarm clock.

Digital detox: Be in the here and now

It used to be impossible, but now it’s completely normal: quickly picking up and using our smartphone during a meeting with family or friends. But if we’re honest with ourselves, such behavior is pretty impolite. And it robs you of the moments you actually want to spend with the people you’re with. That’s why you should heed this important tip for restrained digital media consumption: Check every now and then whether you’re breaking the rules of courtesy or ignoring people by reaching for your smartphone.

In addition, you should regularly check whether you’re becoming careless because of digital media. An example: You’ve been looking forward to a little timeout at the swimming pond for days. Then you finally make it to the cool water – but you stare at your smartphone display all the time instead of enjoying the view of the summer idyll around you. If you’re aware of situations like that and put the device aside, you’re already practicing digital detox.

Digital detox: Free yourself from the compulsion to reply

Modern means of communication have changed the way we humans are in contact with each other. Whereas letters in the 19th century often took weeks to arrive, today we want a reply almost instantly. In a study conducted by the Ludwig Maximilians University (LMU) in Munich, 57 percent of respondents said they expected a reply from friends and relatives within minutes. But is that really necessary? Actually, it’s often sufficient to respond within hours or even days.

Digital detox: Apps can help you

How can you tell that we’re truly living in the digital age? There are digital apps that help us use apps less. Admittedly, that sounds paradoxical, but it works quite well.  Menthal and similar apps document how often and how long we use the smartphone. The daily tally is enlightening for most users. And the mere realization that we spend several hours a day on the smartphone can bring about a change.

Without a doubt the hardest exercise as part of a digital detox is to simply turn off or put away our beloved companion. Experts recommend clearly defining smartphone-free places and times. For example, you can determine that using the smartphone in the bedroom or at the dining table is a no-go. Or that in families the time between when you come home and the end of dinner is spent without digital media. Especially if you have children in their teens, that can be a worthwhile experiment – one that lets you spend more time together again.

How to achieve a successful digital detox

Why do modern smartphones make it so hard for us to do without them? Because they’re so versatile – and can do so much. That means it might be beneficial as part of a digital detox to downgrade a bit technically. To enable that, Gigaset offers the GL7, a revival of the flip phone with its classic design. The new mobile phone in a handy 117x58x24mm format adds new upgrades to complement the advantages of a flip phone. However, the range of functions is less compared to our other, latest smartphones – but you can still be reached easily. And the German magazine Werben & Verkaufen liked that so much that they recommended the GL7 as an aid in a digital detox. We can only endorse that, especially since it doesn’t have to be forever.