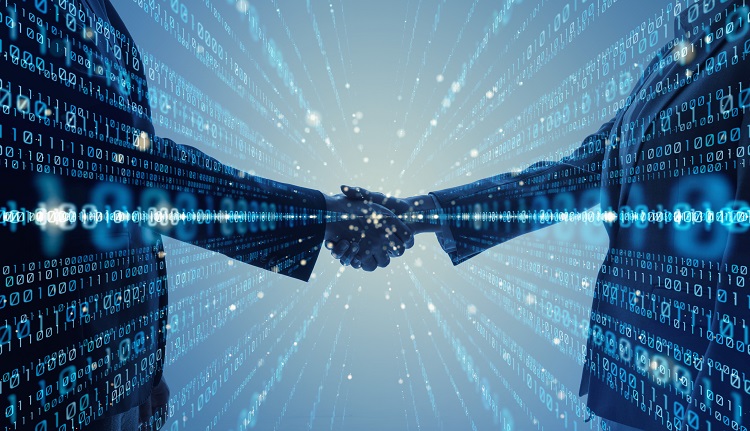 Why employees need not fear about being put out of work

Digitalization means jobs are lost and the work is done by robots. That worry has become entrenched in our minds and there is a great fear of digitalization and the consequences for the labor market. But that’s completely unfounded, according to Bitkom’s economic forecast for 2019: 40,000 new jobs will be created by digitalization alone.

A scientific publication in 2013 established the myth that 50 percent of all jobs will be lost as a result of digitalization. It has persisted stubbornly and many people in Germany are afraid of digitalization. If you compare today’s shop floor with production sites a few years ago, one striking difference is that more and more robots support operations or even do tasks on their own. That explains why workers are worried. Human beings are being replaced in that area – yet there are many other spheres where digitalization is creating new jobs. Skilled workers are needed to service and develop these industrial robots and so a new labor market is emerging.

Around 80,000 jobs in the IT industry were left unfilled at the end of last year. That has a positive impact on wages, since businesses in Germany need to find people for these jobs and retain them long term. Digital education has grown in importance among all age groups. Media competence and digital skills are taught in schools. And there are more and more such offerings in adult education.

Information technology is growing and growing

It will likely be easy for career starters to find jobs in the IT industry. Because it’s continuing to grow. Experts predict that information technology will grow most of all, by a total of 2.5 percent to €92.2 billion. Yet the software sector is also expected to grow by 6.3 percent and IT services by 2.3 percent. Only entertainment electronics and hardware business will fall.

Jobs of the future?

Different occupations are impacted by digitalization to varying degrees. Assistants, tax consultants and accountants will be hit first, according to experts. It’s relatively easy for their work to be taken over by artificial intelligence. If there is further progress in autonomous driving, the vocations of taxi and bus drivers will also change sharply. There will be interesting synergies in industry and handicraft as humans and robots work hand in hand. That’s also the case at Gigaset in Bocholt in North Rhine-Westphalia, where robots and humans make smartphones together. The advantages are diverse: greater flexibility, benefits in terms of logistics, and job security. People will also be needed beyond the actual production line in areas such as logistics, product management, service and maintenance. The only field where experts see little change at the moment is in creative professions, where people will continue to play a key role.