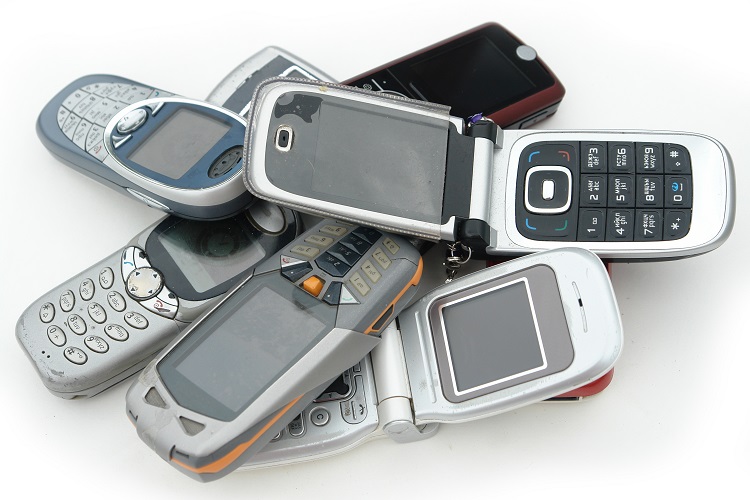 For many users today, flip phones are timelessly cool, the expression of a spirit of the times and an attitude to life that is self-determined and free of constraints, that prefers understatement and embraces minimalism. For others, flip phones are a relic of days gone by, impractical and totally uncool, unsuitable for surfing, streaming or shopping. But is that true? And what sort of people still reach for a flip phone today and why do they do it?  This blog article explores these questions.

Do you know who Anna Wintour is? You probably do if you’ve read Vogue or seen the movie “The Devil Wears Prada.” She’s a British journalist and regarded as the most influential woman in the fashion world. She has been the editor-in-chief of the U.S. magazine Vogue since 1988 and influences the fashion world like no other. With that job, she probably doesn’t have just one smartphone, but two, you might think. But you’d be wrong. The fashion icon has had a flip phone for years and it’s what she takes to Wimbledon and the New York Fashion Week. Admittedly, that tidbit dates back to 2014, when the editor-in-chief of Vogue was considered the unrivaled expert when it came to fashion and taste. That hasn’t changed to this day – but it’s not clear whether she still uses a flip phone.

Thanks to Anne Hathaway, we also know that Hollywood giant Robert de Niro had a flip phone. “He has a flip phone!” the American actress revealed in an interview with the German edition of People. “We all talked about it when he wasn’t around,” she told the magazine. That’s just how it is with the flip phone: People talk about it. As the German magazine Stern recently reported, the American billionaire Warren Buffet also used an old Samsung SCH-U320 flip phone for years. He even refused to retire his old €30 phone, despite the fact that he’s one of Apple’s largest shareholders and its CEO Tim Cook gave him an iPhone on several occasions. In the meantime, however, he has been won over and now also owns an iPhone.

Somehow, flip phone owners seem to stand out, because many people feel that just by owning such a phone, they’re somehow out of tune with the times. Flip phones are nowadays something for seniors who can’t use a smartphone. But it wasn’t always that way. Flip phones were colorful, innovative, and the hottest shit in every school playground, as Stern writes. “There was no other mobile phone that let you hang up in such a beautifully dramatic way. Sometimes you wonder how today’s daily soaps and teen movies even get by without one. Clicking on a touchscreen seems just too derisory compared to a furious snapping shut.” But not only was hanging up quite a splendid affair – the mobile phones were so practical precisely thanks to their folding mechanism, which made them handy and small and, when shut, allowed them to disappear into any trouser pocket. But when the smartphone and the first iPhones came on the market and started blazing their path to success, the flip phone lost the battle in the popularity charts among its youthful followers and was no longer the “hottest shit.” With one exception: In Japan, flip phones have suffered less of a hit to their popularity than in other countries. The flip phone isn’t a new trend there – it has never disappeared. The Japanese call flip phones “garakei,” which translates as “Galapagos phone.”

Why are flip phones called garakei?

If you look up the word in Wikipedia, you find this explanation: “Galápagos syndrome (ガラパゴス化, Garapagosu-ka, / Galápagos effect) is a term of Japanese origin used in business studies to refer to an isolated development branch of a globally available product. The term is used as an analogy to a part of  “Charles Darwin‘s On the Origin of Species.” The term “Galápagos syndrome” was originally coined to refer to Japanese 3G mobile phones, which had developed a large number of specialized features that were widely adopted in the Japanese market, but were unsuccessful abroad. It was originally used to describe highly advanced phones that were incompatible outside of Japanese networks. As the mobile phone industry underwent drastic changes globally, the term was used to emphasize the associated anxiety about how the development of Japanese mobile phones and those in the worldwide economy went along different paths. A derived term is Gara-phone (ガラケー, gara-kei), blending with “mobile phone” (携帯, keitai) and used to refer to Japanese feature phones, by contrast with newer smartphones. Takeshi Natsuno, professor at Tokyo’s Keio University, explains: “Japan’s cellphones are like the endemic species that Darwin encountered on the Galápagos Islands – fantastically evolved and divergent from their mainland cousins. Japanese phones suffer from ‘Galapagos Syndrome’ – they are too complex to survive abroad.”

Of course, flip phones have survived. And anyone who buys one today does so every consciously and for a good reason. Like the Parisian artist Roman Cochet, who no longer wants to be distracted from his work and therefore acquired a flip phone. “With a smartphone, you spend so much time […] in constant communication that you don’t have time to do anything else. I’m way more focused now on what I’m doing. I’m less distracted,” he says in an interview with the Seattle Times.

Life without a smartphone is hardly unimaginable for many people, because they always have to be able to be reached. The smartphone accelerates this compulsion: You look at the display and react immediately. That’s different with a flip phone.

“I want my mobile phone to do what I want, not to tell me what to do by means of algorithms and notifications,” says Beek Groot, for example, to the Dutch daily newspaper “De Volkskrant.” The 26-year-old studies directing at the Netherlands Film Academy and uses a Nokia 2720 flip phone – which with its large buttons and automatic alarm button is clearly intended for an elderly target group. Apart from a better camera, however, the young film student says he misses nothing, “certainly not social media apps,” as Stern writes What the young man reports is called digital minimalism – a trend that’s not only inspiring young people in the Netherlands, as Stern adds.

What would ET pick?

If aliens came to Earth, they’d think that mobile phones are the superior species controlling human beings. “One can reasonably say that nowadays a smart phone’s ability to connect calls and send short messages is almost a side feature.” explains the tech expert Professor Sandra Wachter, a senior research fellow in artificial intelligence at Oxford University, in a BBC article. “Your smart phone is your entertainment center, your news generator, your navigation system, your diary, your dictionary, and your wallet.” She adds that smartphones always want to grab your attention with notifications, updates, and breaking news constantly disrupting your day. “It makes sense that some of us are now looking for simpler technologies and think that dumbphones (such as flip phones) might offer a return to simpler times. It might leave more time to fully concentrate on a single task and engage with it more purposefully. It might even calm people down. Studies have shown that too much choice can create unhappiness and agitation.”

Welcome to the club: The GL7 – the alternative without compromises

Gigaset’s new GL7 folding mobile phone combines both: Retro and minimalism for all those who want to “decelerate” and are looking for a cool mobile phone that is in keeping with the times and boasts the advantages of 4G, Facebook, WhatsApp, etc. It has a lot to offer despite its compact format: It has two SIM card slots (nano SIM), plus you can insert another memory card with up to 128 GB – for even more photos, videos, music or other data. The replaceable battery of the Gigaset GL7 is also fit for everyday use: With up to nine hours of talk time or 300 hours of standby, you should be able to contacted at all times, even on lengthy trips.

And, of course, the GL7 lets you stand in the limelight just like in Hollywood and end conversations simply by shutting the lid. But don’t forget: So that it comes across really well and everyone within a radius of 20 meters also notices that you own a new flip phone, you should call loud and clear into it: “You understood me very plainly. Thanks, but no thanks. The call’s over. I’ve nothing more to say to you.” Then, for all to see: Flip the phone closed, count slowly to three and put the Gigaset GL7 in your pocket. That was that. 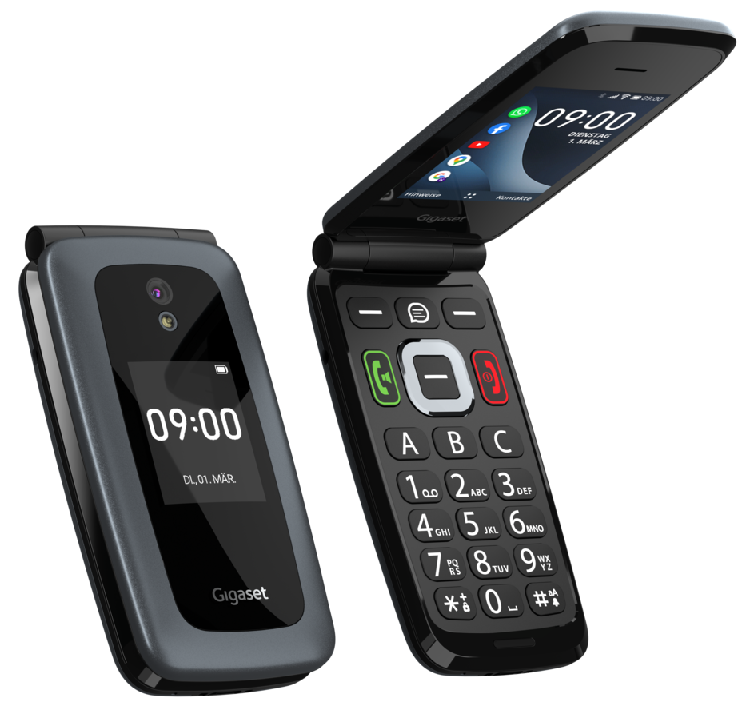