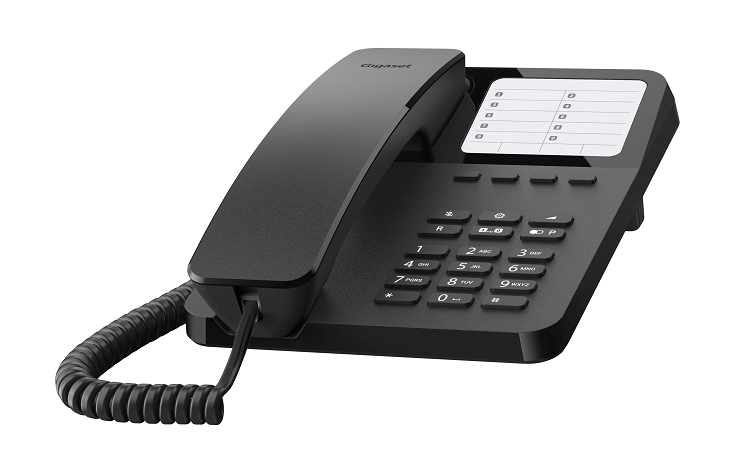 Gigaset is launching a new corded fixed-line phone family. The new DESK series with its high-quality design covers the entire telephony spectrum – from the basic device to the top model with black and white inverted display, elegant surfaces, five-way navigation and answering machine. The hearing aid compatible DESK 400 will be launched first and go on sale in Germany from the start of December. The DESK 200, 600 and 800A models, the other variants in the product family, with different features and their own look, will follow by mid-2023. 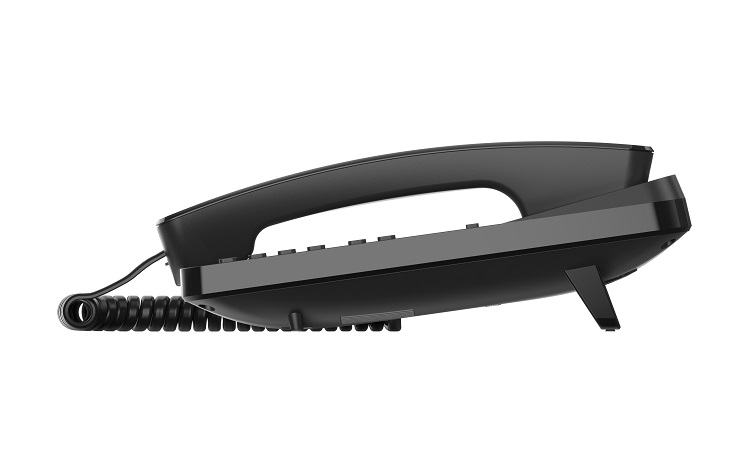 All basic telephony functions combined in one device in a high-quality design: the Gigaset DESK 400

The Gigaset DESK 400 has four one-touch keys that can be used for the most important contacts. In addition, up to ten numbers can be saved as speed-dial numbers. The device can be used either as a desktop or wall-mounted phone. In desktop mode, the stable stand ensures the ideal angle for using the Gigaset DESK 400.

Certified according to the European ITU-T P.370 standard, the DESK 400 is hearing aid compatible and allows wearers of hearing aids with an induction loop system to make calls without any irritating noises. The ringtone volume can be set to three levels, while the handset volume has two levels. The device works directly on an external phone line (a/b) or a phone system.

Gigaset offers the DESK 200 as a particularly space-saving variant – at a width of just eight centimeters it can be used hanging on the wall or standing on the desk. The keypad is located in the handset, and calls are additionally indicated via an LED. 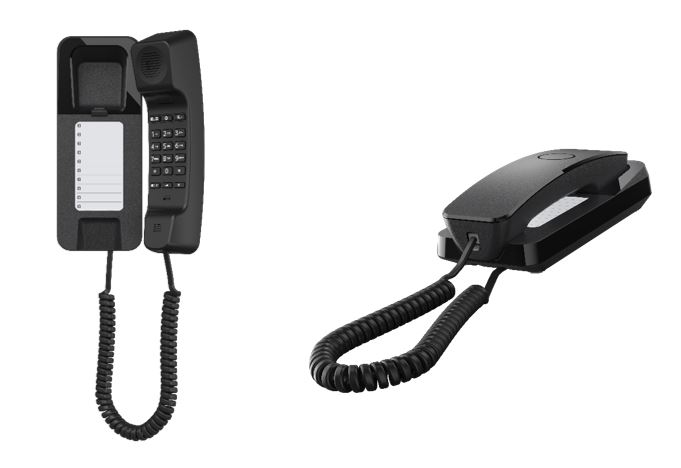 The basic telephony functions in a tiny space: the Gigaset DESK 200 with LED call signal

The DESK 600 and DESK 800A will additionally feature extensive convenience functions. For example, the devices will have seven one-touch keys with double assignment, phone books for up to 100 entries, hearing aid compatibility, wall assembly options, and three-line LCD displays with LED backlighting measuring 3.4 cm x 6.6 cm. The DESK 800A will also have an answering machine with up to 60 minutes of recording time, and visual call display for incoming calls, in hands-free mode, or missed calls.