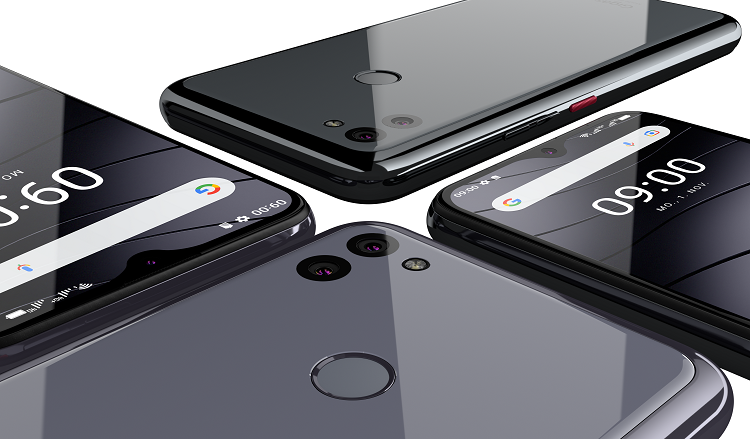 The GS5 is now the sixth “Made in Germany” smartphone from Gigaset. The smartphone, which was only launched in mid-November, was already able to impress in a new test format of the German tech magazine connect. The GS5 was closely scrutinised in the “connect Check” and highly praised by the editors. With its unique features, the Gigaset GS5 stands out among the competition and was thus able to secure the test rating “very good”. 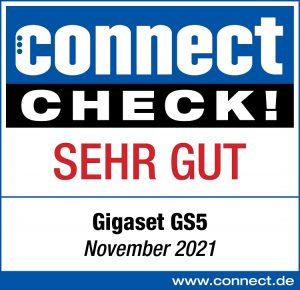 In 2018, Gigaset presented a smartphone “Made in Germany” for the first time. Gigaset’s smartphones are manufactured at its headquarters in Bocholt, North Rhine-Westphalia, and this sets it apart from products from other smartphone manufacturers in the entry to mid-range segment. In a market with so many offerings and strong competition, it is difficult to stand out, but Gigaset has succeeded with the GS5 and its extensive and unique features in the segment.

The connect editorial team agrees and mentions Gigaset’s unique offer to personalise the GS5. Anyone who buys the GS5 in the Gigaset online shop has the option of either having their own photo printed or having a maximum of 26 characters engraved on the glass back of the device. The fact that the back is made of glass is also a highlight for the editors of connect. The workmanship of the casing is described as robust and highlighted as another positive aspect.

According to the connect editors, the dual camera system consisting of a 48 MP main camera and an 8 MP ultra-wide-angle & macro camera delivers “a solid image quality that is appropriate for the price. This means that while the ultra-wide angle remains at a modest level, the main lens succeeds in taking respectable photos in good lighting conditions.” The 16MP front camera is also praised in this regard. Finally, the editors write about the camera of the GS5: “We would also like to positively emphasise the many setting options, including the RAW option.

The 4,500 mAh exchangeable battery of the Gigaset GS5 was particularly impressive in the test. It lasts up to 25 hours on the 4G network and can be easily replaced in just a few steps thanks to the removable back cover. All this makes the GS5 particularly sustainable and unusual. The fact that the GS5 can be charged wirelessly is also a unique selling point in this price segment. This is what the editors say:

“The battery of the GS5 is not only remarkable because you can replace it – a second battery is available for 25 euros in the Gigaset shop. The second special feature is the wireless charging option. The GS5 is the only smartphone in its price range that can be charged wirelessly with up to 15 watts. Impressive! We also liked the option of setting the battery’s charging limit ourselves and thus extending the battery’s life.”

At this point, the editors point out that other manufacturers also offer this function, but not as graduated as Gigaset. This is proof that the company’s sustainability efforts are appreciated by the experts.

The Gigaset GS5 was therefore quite convincing in the connect check. Particular emphasis was placed on the unique features of the device, which also distinguish the GS5 from the mainstream. The editors’ final verdict was therefore positive:

The Gigaset GS5 is available in stores and at online retailers as well as from the Gigaset online shop at the RRP of €299.