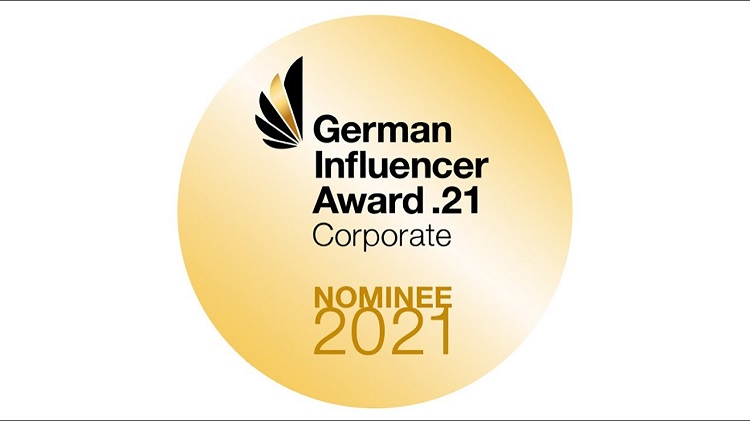 Gigaset is nominated for the German Influencer Award 2021

Since 2013, Gigaset’s Corporate Communications team has been driving forward the topic of social media. Growing follower numbers, increasing reach, valuable contacts with influencers and multipliers as well as engagement with customers and stakeholders are on the press team’s daily agenda when managing the numerous social media platforms. Now, the team’s efforts have led to another nomination for a prestigious award.

The reputation of the award is correspondingly high for companies at brand, image and product level; but the German Influencer Award has also been important for the key aspect of employer branding in the past.

The German Influencer Award was launched in 2020 and initially recognised the best influencers in German-speaking countries. This makes it the only independent German award for influencers and digital creators to date. With the great success and perception of the award in 2020, the categories have now been expanded and now also focus on companies for the first time.

The scouts of the German Influencer Awards have identified the best social media presences of German companies in a lengthy and extensive pre-selection process. Several thousand entities were examined and evaluated.

“The nomination alone is already an award for us,” says Christine Heilenz, Senior Manager Social Media at Gigaset. “When you consider that we are competing against companies like Allianz, Mercedes, BMW, Porsche, Siemens, Deutsche Telekom, BASF and countless other big players whose social media departments are staffed with numerous employees and accompanied by large agencies.”

Gigaset can therefore look forward to the final results of the German Influencer Awards, which will be announced at the end of March 2022. The nomination is already a great success, especially as the GIA team explicitly recognised the commitment and creativity of Gigaset’s various social media presences when Gigaset was included in the short list of nominees.

“This is a huge success for our department and testament to the success of our fully-integrated digital PR and social media strategy that we have been pursuing since 2013” said Raphael Dörr, SVP Corporate Communications & Investor Relations at Gigaset. “If we were to receive an award in the telecommunications sector, it would be an accolade for our efforts to position Gigaset in a modern, innovative way to a broad group of interested parties.”