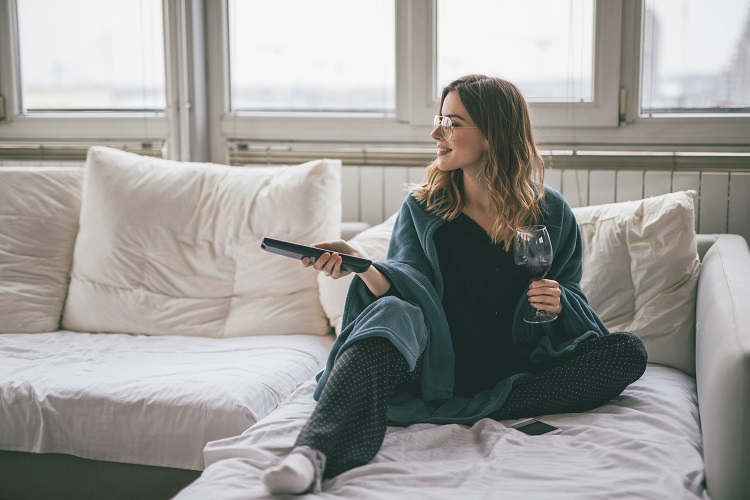 Gigaset products can be spotted in two Spanish series

Series fans with a keen eye may have spotted Gigaset products in series and films before. Some Gigaset cordless phones already made their big appearance in the series “Money Heist” on Netflix in 2020 for example. Now a number of Gigaset products have made it into two more popular Spanish series. The series “Sin Novedad” features the GS280 and the Maxwell4, and “Señor, Dame Paciencia” features the Gigaset L800HX smart speaker, the S650 landline phone and the GS180.

The plot of “Sin Novedad” compares well with the German series “Keine besonderen Vorkommnisse”. It is about two policemen who conduct a night surveillance, two female inspectors who coordinate the operation from the police station’s switchboard and some criminals who can’t wait to pursue their illegal activities. However, nothing happens during the surveillance and the characters begin to fill the silence with anecdotes and stories, exposing their quirks, secrets and true personalities. A special highlight are the guest appearances of some Gigaset products. The two police officers can be reached via their Gigaset GS280 smartphones during the surveillance and the female inspectors from the police headquarters successfully coordinate the operation with the Gigaset Maxwell 4 phone.

We couldn't be prouder! 😍
Because we're part of the Spanish @WarnerBrosTVES comedy #SinNovedad running on @HBOMAXES.
The inspectors from the police headquarters coordinate all their operations with our #Gigaset #Maxwell4, so every case is solved in no time. 😉 #mygigasetmoment pic.twitter.com/Os1jYxAee0

In the second comedy series “Señor, Dame Paciencia” (“Lord, give me patience”) various Gigaset products also get to step into the spotlight and grace the set. “Señor, Dame Paciencia” is based on the 2017 film of the same name and tells the story of Gregorio, an ultra-conservative, reactionary and prejudiced family man who has to deal with his children, who have a slightly different attitude to life than he does. Then, as Gregorio loses his job as a bank branch manager and his flat, he has to take turns staying with his children and doing everything he can to keep his family together – and without the help of his wife, who died in an accident. A number of Gigaset products can be discovered in this series, including the L800HX smart speaker, which Gregorio’s children enjoy using to make phone calls or listen to music. The S650 landline phone and the GS180 also feature in the colourful comedy.

“We are very happy that we managed to set up these collaborations. This way we get noticed by a large audience and our products are shown in action. It’s a very natural way of showing what our products can do and the benefits they bring to everyday life,” explains Sandra Ramirez, Communications and Marketing Manager at Gigaset Spain.