Gigaset Blog | Unkategorisiert-en | My home is my office! The workplace as a challenge! 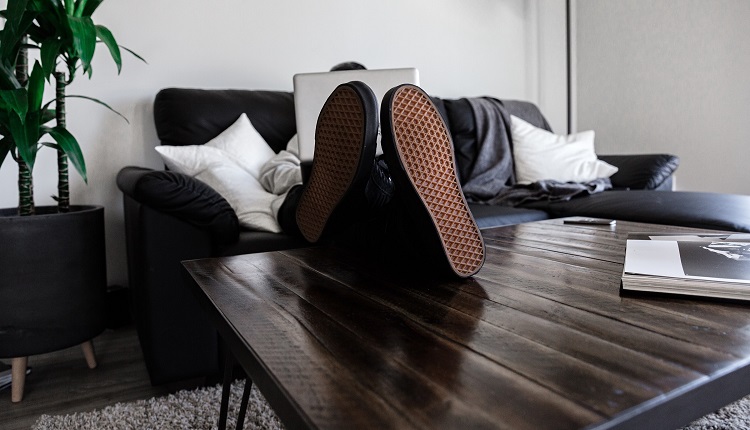 My home is my office! The workplace as a challenge!

In normal times, in other words, just under eight weeks ago, before the virus came, the home office was ‘the’ place you longed to be, the place you wished for, dreamed about to not have to see the open-plan office and your colleagues for a day, or to escape the annoying morning traffic jam. Despite all the reservations and concerns, the cerebellum is so much more relaxed in sweatpants and a T-shirt.

For sure, you were always in a good mood and super motivated in the home office. The kids were at school, your wife was at work, and that meant peace and quiet and full concentration. In other words: sheer performance, glucose for Work 4.0 in remote mode. It was pure luxury. The coffee mug stood steaming on the kitchen table, the notebook sat enthroned on top of several books – for ergonomic working and because, let’s face it, a kitchen table isn’t exactly a desk – and ready for action. The smartphone, the ultimate communication center, lay next to it, ready to hand, with the key social apps like Facebook, Tinder or WhatsApp, for simple and secure communication with colleagues. The technology at home was state of the art, as far as you could tell in normal times. The W-LAN also worked in the kitchen, admittedly a bit shaky and it dragged a bit, but it was fine for normal data transfer. “Are you already living or still working?” was a great slogan that became reality in the home office. That was the good old pre-coronavirus era and times were normal. But today, nothing seems normal anymore. 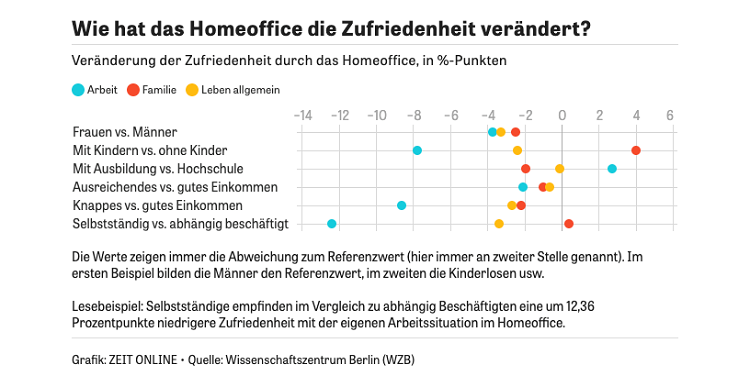 The kids have been at home for weeks, so has the wife. The open-plan office at work has been closed – also for weeks now. Home has mutated into the office, the place you longed to be is now living reality, and now, as the German newspaper Die Zeit asks in an article, what now? Because “the pleasure of helping to flatten the infection curve by working at the kitchen table hasn’t lasted long for many people. The current situation is giving women, parents, the self-employed […], in particular, a hard time.”  Die newspaper’s research group Work & Care at the Berlin Social Science Center found that out through an open online survey.

In the Tagesspiegel newspaper, stressed home office workers write regularly about how things are going with the office in their own four walls. “Reconciling jobs doesn’t work in our family. It’s a really simple equation: My husband works seven hours a day, and I’m supposed to be at my desk for eight hours. Please take that belt off your brother’s neck right now, you’re strangling him! He can’t breathe. If you want to play dog, then play dog running free off the lead. That adds up to 15 hours that we share in shifts. Naturally, the morning shift is more popular, but then the alarm clock goes off in the morning at 5:30 a.m. – no joint breakfast. In the evening, by contrast …I can’t drink that much Club Mate. And please put the belt back, and where did you find it in the first place? – For goodness sake, would you stop pinching your brother. Crashing sound from the kitchen. Oh no, that was the plate you got when you were born! No, we can’t glue it back together. Everyone cries, then we put on an audio play.”

“And if my wife and I want to hold a telephone conference at the same time, things get really hectic.” The romantic idea of the home office with the sleeping cat next to the laptop, the latte macchiato on the table and a child playing peacefully in the corner is not what many people are experiencing right now. And the Münchner Merkur newspaper gives a more workmanlike explanation of what’s important: “At home in the home office, there must be a workplace, a chair, access to the Internet and a telephone. After all, you also need to be able to reach the boss and your colleagues.”   But that’s where the system usually breaks down, with accessibility and the telephone. Especially when several people have to be in the home at the same time and the home office has to be shared with the school office and the family office.  The home office soon turns into a small open-plan office with integrated playground. 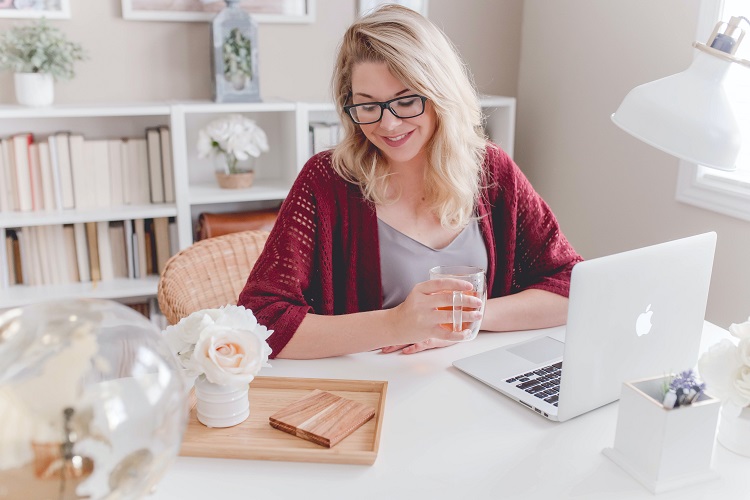 Not many can currently confirm the cliché romantic idea of the home office with the sleeping cat next to the laptop, the latte macchiato on the table and a child playing peacefully in the corner. “The cozy side of the matter has worn itself out.”   After all the helpful tips on how to behave, what you can wear, what routines you should take to heart and implement rigorously, after all the all sound educational advice on how family life can be divided into work and play times, a certain fatigue has set in. It becomes clear at the latest since the handouts on how to meet up with colleagues for a virtual coffee break: “Rarely has there been such a radical individualization of work relationships as there is right now.”

The Austrian online magazine “Wienerin” writes: Ouch! We’re all currently sitting more or less hunched up with back and neck pain in the home office,   because hardly any of us has really back-friendly furniture at home, let alone a decent office chair.

The connection makes the difference

But not everyone sees the home office as a stress test. “A survey carried out by the Germany Digital Media Association at the start of March showed, however, that more than 75 percent of the employees surveyed could imagine moving to home office in the current situation. Two thirds also expected their boss to volunteer appropriate solutions. Only just over half, however, said that their employer would already have the technical capability to do so.”

What’s most important is having technology that works. After all, working professionally from home is only possible if modern telecommunications solutions and network-based telephone systems are the rule, not the exception. Having the right technological infrastructure can provide useful support for working in the home office. But that’s exactly where it very often fails. “The technical setup at many companies, however, is obviously still not yet equipped to cope with the increased number of remote employee: 59 percent of those surveyed said that they use apps for work that they otherwise only use privately, such as WhatsApp […] Applications like these, however, do not meet the security standards for business-critical data.”  But it’s not only the lack of security concepts that shows where there’s still room for improvement in the home office.

When more and more people work from home, school students learn online or spend their free time streaming films, the fixed-line and mobile networks are especially in demand. Both belong to what are termed “critical infrastructures”. The world’s biggest Internet hub De-Cix in Frankfurt am Main is, however, prepared accordingly in view of the coronavirus pandemic and the growing volume of data traffic it entails.  Even if the experts here are certain that the demand for digital offerings will keep on growing for as long as the crisis continues. That might then perhaps become a stress test for the infrastructure, which raises the question: Will the Internet bear the strain when half of the country is suddenly working, streaming and holding video conferences from the home office?”  The unanimous reply of the experts is yes. That’s because the fixed-line network in Germany is stable and reliable irrespective of data peaks, even when landline calls are especially popular in time of the coronavirus pandemic. “In March 2020, an 80 percent increase was recorded in landline calls via DSL and cable network. The increase in mobile calls was 37 percent,” as Vodafone reports, for example.

Landline calls are mainly popular because they are often much more stable and less expensive compared to the mobile network. The fixed-line network scores points not least due to the advantages of fast broadband Internet, which is the prerequisite for video streaming, digital entertainment offerings or online games. It also shows what it can do when it comes to phone calls, provided you have the right telephone. 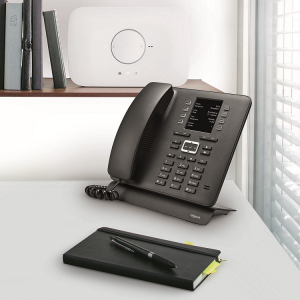 Such as the Gigaset T480HX. Thanks to its extensive range of features, the Gigaset desktop phone tops the field. And it’s easily more than a match for some office phones. Via Bluetooth, it’s simple and convenient to plug in a headset, which is important for video conferences or chats, and there are eight speed dial keys for calling frequent contacts. Although the Gigaset T480HX is a DECT handset in technical terms, it promises all the convenience of a fully-fledged desktop phone.

Plug in and get started: the Gigaset SL450HX

Connectivity is the magic word here, since the Gigaset SL450HX can be conveniently connected directly to the PC via micro-USB or Bluetooth. That also opens up a variety of options for working in the home office, especially for setting up the telephone individually. Bluetooth as a cordless alternative and a 2.5-mm jack for conventional headsets are available as headset interfaces. Voice quality is especially important with IP-based telephony: The phones in the HX line are HD Voice (high-definition voice) certified and transmit VoIP calls in crystal-clear wideband voice quality. The result is a particularly natural voice quality and brilliant sound.

Both sides – employees and companies like – can benefit from home office and flexible working if the technical requirements fit, and that now also includes the telephone again.