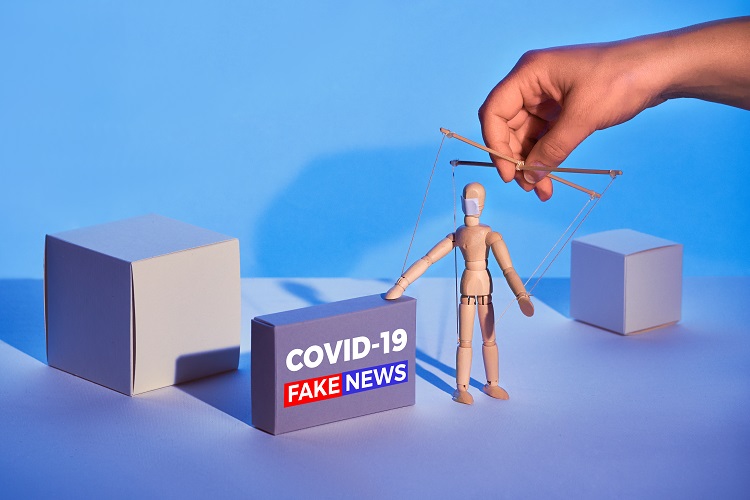 Do you know Poldi? Or his mother? No? Then you won’t know that Elisabeth, Poldi’s mom, said on WhatsApp that ibuprofen can make coronavirus worse. And that’s a good thing. This example of a pretty recent piece of fake news comes from the Medical University of Vienna.

A voice message on WhatsApp wrongly stated that ibuprofen was the reason for the severity and rapid spread of coronavirus in Italy. The voice of a woman introduces herself as “Elisabeth … you know, Poldi’s mom.” The Medical University of Vienna immediately released a statement contradicting that on Twitter. Yet the message provoked sweeping uncertainty and resulted not only in a surge in sales of the alternative preparation paracetamol, but even in doubts at and a review by the WHO, which then initially issued a warning, only to retract it subsequently.

A voice message alleging that COVID–19 is made worse by ibuprofen is being spread on WhatsApp. Such claims can also be found more and more on Facebook and Twitter.

“A friend of mine is a doctor at the University Hospital of Vienna and called me today. They have done a bit of research into why there have been so many serious coronavirus cases in Italy and have noticed that patients with these severe symptoms had all more or less taken ibuprofen at home before they were hospitalized – and have now established a link between the virus and ibuprofen in the lab. And there’s strong evidence that ibuprofen accelerates multiplication of the virus.”

This message is not credible, as medical experts from the University of Vienna confirmed.

Unfortunately, this is not an isolated case. The coronavirus crisis is a fertile breeding ground for the rapid dissemination of fake news. If no action is taken, it spreads as fast as the virus itself, in other words, exponentially.

The web is awash with fake news on the subject, such as advice and tips on how to prevent coronavirus. There are posts claiming that the virus can be halted by flaxseed oil, onions, garlic, cannabis oil or ultraviolet disinfection lamps, to name just a few of the most widely known rumors. Garlic is healthy and might well be useful against vampires in films – but eating it probably won’t help you combat coronavirus (apart from strengthening your own immune system). From the scientific perspective, there is also no point in taking a hot bath, spraying your whole body with disinfectant, or … or … or. 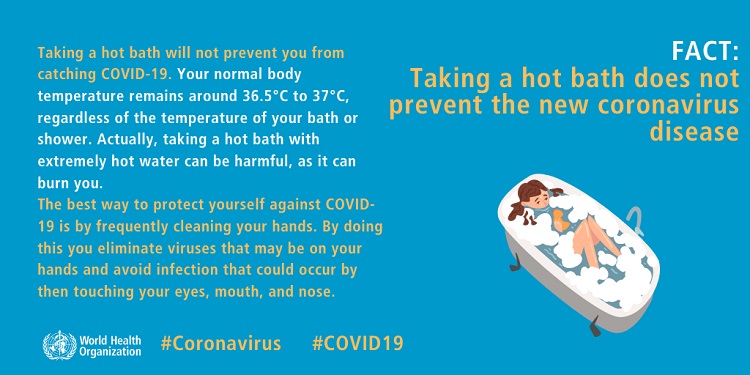 Normally, no one would read stuff like this, let alone spread it. But in times like these, panic and uncertainly can often rob us of our critical faculties. A frequently spread WhatsApp message, for example, recommends holding your breath for ten seconds. If you don’t have a feeling of tightness in your chest, you’re healthy. This tip is just as absurd as the advice to drink a sip of water every 15 minutes: That allegedly washes the viruses into your stomach, where they are destroyed by gastric acid.

All of us can do our bit to counter such fake news. Here’s our advice: The most important thing is to be wary, use your common sense and steer clear of news from people you don’t know – whether it’s messages, photos, videos, tips or warnings about coronavirus.

If you’d like to delve into the world of myths and rumors relating to the virus and learn more about them, a trustworthy place to visit is the “Myth busters” site of the World Health Organization (WHO), for example.  Here’s a small selection of important sources of objective and reliable information on coronavirus: