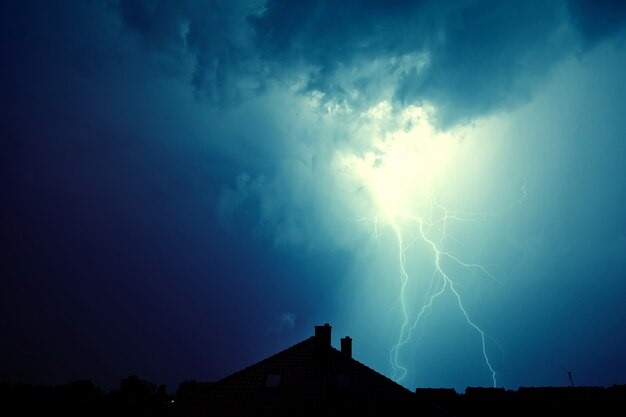 Ready for an emergency: What’s the best warning app?

Germany is one of the safest countries in the world. However, the last few years and their crises have shaken that sense of ostensible security. The Covid-19 pandemic and the deadly floods in June 2021 have shown that we’re not immune from such harrowing events. On the contrary: Climate change actually makes extreme weather events more likely.

So, to be well informed in and about the emergency, you’re advised to install the best warning app on your smartphone, which is why we’re providing you with an overview of the most important providers here. We’re also presenting a system that works without an Internet connection: Cell Broadcast.

Not every risk can be managed

Today’s technological possibilities make it easier for us to increase our own personal safety and security. In the smart home, for example, we can protect ourselves against burglars, smoke and certain amounts of water. But then there are events like the once-in-a-century flood in the summer of 2021. They are unforeseen – and too extreme to handle on your own.

The makers of Katwarn recognized that early on and pioneered what is perhaps Germany’s best warning app. It forwards official warnings from the authorities, for example about large fires or extreme weather. Users obtain them for their current location as well as for seven additional locations they can define. In addition, you can activate what are termed topic warnings, which draw attention to dangers at major events, for example.

The NINA (the German acronym for Emergency Information and Messaging App) is the official warning app of the German Federal Office of Civil Protection and Disaster Assistance (BBK). It also forwards official warnings from authorities – and, above a certain warning level, warnings from the German Weather Service. In addition, it draws on the messages published by Katwarn.

The once-in-a-century flood in 2021 put the risk of sudden flooding back in the spotlight – and not just for people who live near bodies of water. MEINE PEGEL (“MY LEVELS”) provides information on more than 2,500 water levels in Germany and the Netherlands. The warning app also offers water level forecasts and the option of being notified once certain self-defined levels are reached. It’s also an interesting service for water sports enthusiasts.

When you go on vacation, you’ll have something to tell others about later – but hopefully only positive things about the food, weather and the exciting things you did there. However, risks which we in Europe are largely spared lurk in many countries. The warning app Global Monitoring therefore alerts you about political unrest, terrorism, tsunamis, earthquakes, volcanic eruptions and much more around the world. Unfortunately, the app is not free. All the same, it’s a good investment in safety, especially in countries where traveling can be a little more difficult.

In our part of the world, the weather is the most common reason why an official warning is issued. The German Weather Service is responsible for warning about weather extremes in good time. It has therefore brought out the warning app DWD WarnWetter. What’s especially practical about it is that you can specify exactly which risks you wish to be informed about. However, a one-time in-app purchase is required if you want detailed weather forecasts.

Cell Broadcast: Warnings without the need for an app or the Internet

A warning app offers many advantages: For example, interactive maps and videos with instructions on what to do in an emergency can be very helpful. But the apps have one big drawback: They’re useless if there’s no Internet connection. That’s why Cell Broadcast is gaining ground in more and more countries. In this system, a message is sent to all subscribers in a radio cell via the mobile network. This message then reaches all smartphones in this radio cell in the form of an SMS.

The advantages are obvious: The technology works when networks are congested, requires less bandwidth, and reaches users with old cell phones or mobile phones for seniors, such as the Gigaset GL390. Lawmakers have mandated that the system is to be operational nationwide by no later than February 2023. However, there will likely be serious delays. So, watch this space …