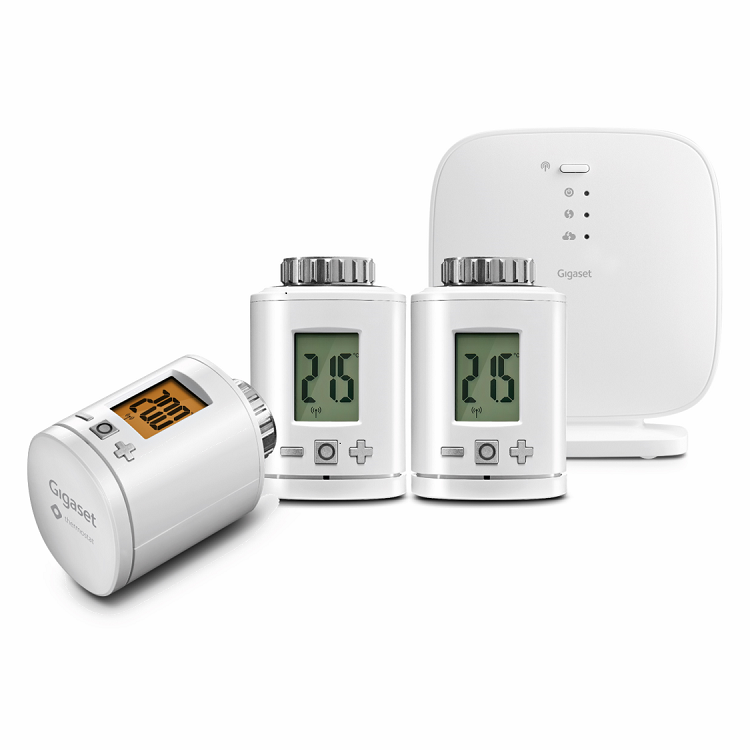 Gigaset smart thermostat – the right temperature for every room

Gigaset makes it easier for smart home fans to get started with intelligent heating control: the Gigaset smart thermostat triple pack makes it easy to expand existing Gigaset smart home systems. Alternatively, the Gigaset heating pack can be operated completely independently with three thermostats and a base station. The new tech gadgets reduce heating costs and increase comfort at home.

Awareness about our environment is changing. For months now, tens of thousands of students around the world were out on the streets on Fridays to protect our climate (#fridaysforfuture). Under the German hashtag #netzgegenplastik, a community of nearly a quarter of a million people has declared war on plastic in the oceans. And under #5minutesbeachcleaning mostly young people post photos of how they collect garbage on the beach. Everyone can make a small contribution. Also with an energy-efficient home. The new Gigaset smart comfort packages can save up to 20 percent on heating costs , depending on the structure of the building.

Gigaset has been making your home safer for years with its smart home systems. As an innovation leader, Gigaset has added smart alarm systems to its range in 2012, which have since grown into flexible home control with additional sensors and corresponding cloud- and app-software. With the Gigaset smart thermostat triple pack, existing Gigaset smart home systems can now be easily expanded to include heating control. And for those who do not yet have such a system, there is the Gigaset heating pack with three thermostats including a base station, that allows independent operations.

Up and running in a few minutes

The existing replaceable thermostats on your heaters are unscrewed and replaced by the new battery-powered Gigaset thermostats. The Gigaset Smart Home app can be used to set the personal comfort temperature for every room and every day of the week. Set your mornings on nice and warm in the bathroom, but cool in the evening if you want to fall asleep. In the morning, when everyone has flown out, turn down the radiators, in the afternoon it should be a little warmer again for the homework in the children’s room. And if work ends early, you can preheat the living room spontaneously, because the thermostats can be controlled via app at any time and regardless of where you are.

In combination with the Gigaset Smart Home systems, the smart thermostat plays a real trump card: They communicate via the base station with the windows and door sensors of the S, M or L alarm systems. If a window or balcony door is opened, for example, for ventilation, heating automatically shuts down. As soon as doors or windows are closed again, the temperature automatically adjusts to a fixed value. Gigaset is also the only manufacturer whose system can even detect tilted windows.

The Gigaset thermostat triple pack is the perfect extension for the Gigaset Smart Home alarm systems and costs 139.99 Euro (RRP). With three thermostats and a base station, the Gigaset heating pack at a price of 149.99 Euro (RRP) offers a cost-effective entry into intelligent heating control.