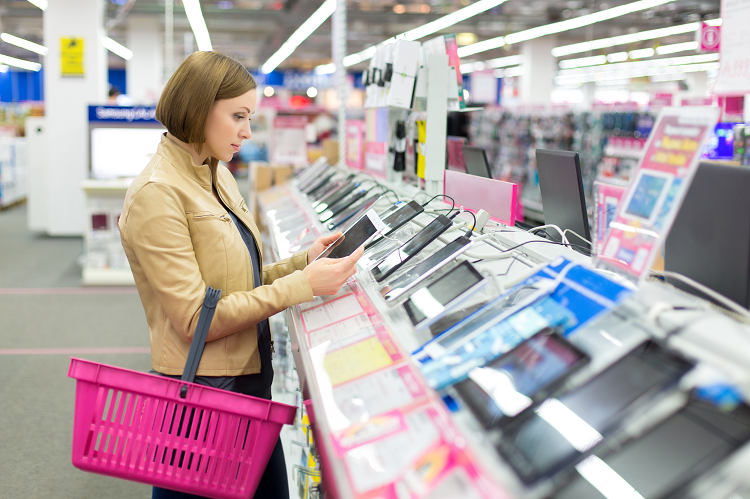 Smartphones are being used longer and longer: Replacement only after 40 months

“The best is the newest. At first glance, that’s true. And sometimes you need the latest thing very urgently,” wrote the FAZ in 2014. Today, consumers keep a smartphone for up to 40 months before buying a new one. What is changing in consumer behaviour and why? Our blog post takes a closer look at the facts.

The quick change from one mobile phone to the next is passé for many consumers, according to a study. According to a study by the world’s leading credit insurer Euler Hermes in cooperation with Allianz Research, the replacement cycles for smartphones are becoming longer and longer. “Europeans are currently replacing their devices after an average of around 40 months, which is about a quarter longer than in 2016,” explains Milo Bogaerts, head of Germany at the credit insurance company. In the USA, consumers are currently replacing their smartphones after around 24 months – but even there, the useful life of the devices has increased by 30 per cent since 2016.

In Germany, too, this development can be seen in the figures. In 2019, in a representative Bitkom survey, every second user stated that they always buy the latest smartphone model. Six out of ten smartphone owners owned a device that was no more than one year old. And only one in eight had their smartphone for more than two years. “The fascination for the latest technology, additional features and more power is great. Many users go along with every model round,” the association’s press release said at the time.

When Bitkom, in the midst of the Corona pandemic, again launched a survey on the same topic in 2021, a change in usage behaviour was already apparent. Only 6 out of 10 (38 percent) of the respondents said they always wanted the latest model. For them, the most important criteria for a new purchase were the quality of workmanship, battery life and price. The majority of users attached importance to a device that was as up-to-date as possible: 63 percent had bought a new smartphone in the past twelve months.

At the same time, almost all users emphasised that they would also pay attention to sustainability aspects when buying a smartphone in the future. For 92 percent, this topic carried weight. “The awareness of sustainability is strongly pronounced among consumers. Manufacturers and network operators must react to this by transparently communicating their commitment to the topic of sustainability, explaining environmental properties and production processes and pointing out recycling options,” commented Bitkom Executive Committee member Markus Haas on this development at the time. And the current Euler Hermes study also underlines this development. “Consumers have become more sustainable in recent years and are now holding on to their smartphones for much longer,” is the finding of the study’s authors.

On average, a smartphone in Germany has a lifespan of only two and a half years. And this is despite the fact that most people would like to use their mobile phones for much longer, as Stiftung Warentest surveyed. The reason for the short half-life of many mobile phones: they are difficult to repair, as netzpolitik.org puts it. Models from large manufacturers such as Apple, Samsung and Google perform poorly here.

Time of use and the right to repair

Since March 2021, a new Ecodesign Directive has already been in force in the EU with the principle “repair instead of throwing away”. Manufacturers of washing machines, dishwashers, refrigerators and other large household appliances must ensure that spare parts are available for seven to ten years.

As reported by the Tagesschau at the beginning of the year, the SPD, the Greens and the FDP want to enforce the “right to repair” also for smaller devices such as mobile phones and laptops at EU level. In addition, the warranty period is to be extended, during which consumers can send in their defective appliance and have it repaired free of charge. Because of growing mountains of waste and scarce natural resources, consumers and environmentalists are finally demanding more sustainably built mobile phones and other devices. Four out of five people in Europe would like to have devices that are more repairable than is currently the case. The EU Commission had already announced a legislative proposal for a right to repair in 2021, but it has been delayed for the time being. This proposal would require manufacturers to keep spare parts for their smartphones for several years. In an open letter to the EU Commission, non-governmental organisations (NGOs) had calculated how much could be achieved through more sustainable devices: If the average lifespan of mobile phones were increased to ten years, this would save 6.2 million tonnes of CO2 annually. This would reduce the climate footprint of the devices by 42 percent.

The longer the user uses his smartphone, the more sustainable it is, writes the German Environmental Aid.  After all, a long life cycle of the smartphone reduces its climate footprint considerably.

Sustainability Made in Germany

In the fight against climate change, the term sustainability is on everyone’s lips. Many people are trying to make their contribution to the fight against climate change by making their lives more sustainable. In doing so, they are also paying more attention to supporting companies that also attach great importance to sustainability. Gigaset has been following the path towards sustainability and transparency in production very successfully for some time now. The company’s message for its smartphones is: “Made in Germany” and this means that all products are manufactured in the factory in Bocholt. In this way, Gigaset reduces the exhaust emissions for the production and transport of its smartphones and sustainably relieves the environment. After all, Gigaset takes sustainability very seriously: as a company, they see it as their responsibility to protect the environment, conserve resources and make the planet a better place to live.