Gigaset Blog | Sonderthemen-en | Smartphones in winter: If you love your smartphone, wrap it up 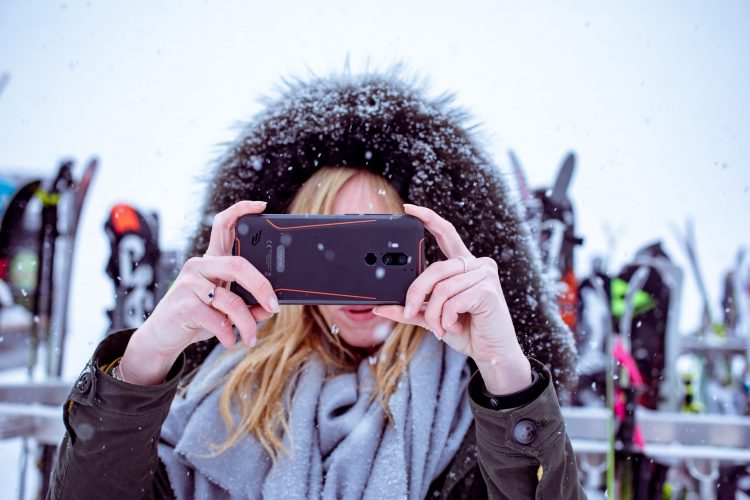 Smartphones in winter: If you love your smartphone, wrap it up

How to weatherproof your smartphone for the fall and winter

No one would think of wrapping up their computer and taking it out with them in the rain, snow and sub-zero temperatures, for example, while jogging, hiking or skiing. That would also be totally absurd – the high-tech machines aren’t equipped for such weather conditions, are much too sensitive and would very soon break down. Yet many smartphone owners believe their device doesn’t mind cold or foul weather and can easily cope with temperatures below freezing. And so their mobile always-on companion dangles decoratively from a cord outdoors or bounces around in their purse without any protection. Only few of us seem to know that smartphones also freeze and need to be made winterproof. Electronics and the cold are rarely compatible. And if you underestimate that in the winter, you run the risk of permanent damage to your device. So if you love your smartphone, wrap it up warm and ensure the battery doesn’t catch a cold and the liquid crystals in the touchscreen don’t get frozen. If you don’t, its performance, battery life and hence its life expectancy will be reduced. This blog article explains how best to look after your phone. 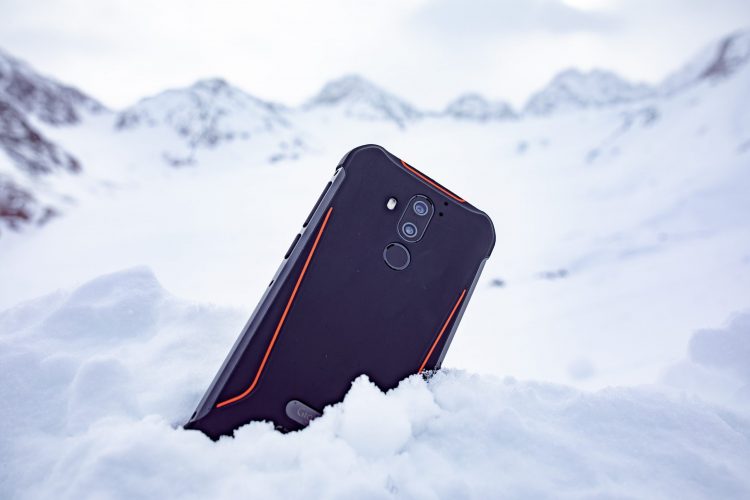 Come snow or ice, the Gigaset GX 290 will even survive an expedition to Greenland.

We get the balcony and garden ready to withstand the winter by wrapping up all the plants, and do the same with the car by heeding the automobile association’s checklist or the manufacturer’s advice. But when it comes to the smartphone, we fail to do that – perhaps because we know too little about the technology and inner life of these small computers or we’re too naive and thoughtless and so unnecessarily put the service life of our small companion on the line. When it gets colder outside, we wrap up warm and put on gloves, a hat and scarf so that we don’t freeze and we also feel snug outdoors. We should also do the same with the smartphone.

Like just about every device, smartphones have a temperature at which they feel comfortable and operate particularly well. An environment that’s too hot or cold is detrimental to them – especially the sensitive batteries and displays. In particular in winter, the smartphone sometimes has to cope with low sub-zero temperatures and sharp fluctuations between the temperatures indoors and outside. The upshot is that its battery drains faster, or the touchscreen responds sluggishly and with a delay because the sensitive liquid crystals freeze. Apart from the temperature, humidity is another major problem for smartphones on cold fall days and in the winter. Fall and winter are the seasons of rain and snow, which means the smartphone tends to come into contact with water more often than in the summer months. Small amounts of rain or snow don’t pose much of a threat to new smartphone models. Yet their ruggedness and hardiness to the weather comes at a price – it’s usually only expensive high-end devices or outdoor smartphones that boast those qualities. Most midrange or entry-level phones can only dream of such protection against water and rain.

Tip 1: Wrap your smartphone up and keep it close to your body

When the temperatures drop, we dress up warm so we don’t freeze. Experts recommend doing the same with your smartphone in the winter. When you’re outside for a lengthy time in the cold season, you should also make sure your smartphone is also wrapped up well. A warming case that protects against the cold is best for that. It doesn’t matter much whether it’s made of felt, wool or neoprene – that’s just a question of taste.

It’s also helpful to keep your smartphone close to your body in the winter if possible. Your body’s warmth increases the battery’s life and ensures it remains within a more stable range. Bad places to keep your phone in the winter are a purse or external pockets on rucksacks or jackets. The otherwise popular phone chains are also a no-go. They mean the device is exposed to a true cold shock that is about as pleasant as walking barefoot in the snow.

Tip 2: Use earphones or a headset

Frequent callers and music lovers should also use earphones, headphones or a headset in the winter so as not to use their smartphone in the cold or expose it to poor weather conditions for an unnecessarily long period of time. Here, too, the rule of thumb is: Keep your smartphone snuggly wrapped in your pocket. You can get headbands or warming winter hats with an integrated headset and wireless Bluetooth connection to listen to music while you jog.

Tip 3: Only charge your smartphone at room temperature

Once the smartphone’s battery is completely empty due to the cold, we usually want to recharge it – and quickly. But that’s a mistake. It’s better to wait a while before connecting it to the power. If a smartphone becomes warm too quickly, there is the risk of condensation forming in the device. Experts therefore recommend not charging the phone right away, but instead first letting it slowly reach the ambient temperature. If in doubt, turn it off being entering heated areas and wait half an hour before you switch it back on.

If condensation has nevertheless formed, you first have to let the smartphone dry. But never put it on a radiator or use a hair dryer on it. The advice of the consumer protection association: If the device has a battery that can be removed, it’s better to open the rear, take out the battery and wipe away the condensation with a soft, dry cloth and then let the smartphone dry naturally at room temperature.

Info box: Why do smartphones switch off when it’s cold?

Dr. Peter Gulde, Head of the Integrated Energy Systems department at the Fraunhofer Institute for Silicon Technology, explains why that happens in an interview with the newspaper Hamburger Morgenpost. “Smartphones are very complex systems. They are turned off mainly to prevent the battery being damaged as a result of deep discharging. They usually switch themselves off at a voltage of less than 3 volts. If the voltage were to fall further, than could cause slight damage in the cell. And when damaged, it isn’t able to regenerate like a living organism can, so this feature is a sort of protection.”

Info box:Never leave your smartphone in the car for a lengthy time, especially in the winter. If the car gets cold, the device is soon exposed to sub-zero temperatures. That might severely damage the battery and, in the worst-case scenario, mean it permanently has less staying power.

When your hands are too cold, that often makes using the touchscreen a problem. One remedy is special gloves with coated fingertips. Such smartphone gloves don’t cost much. There are numerous models to suit your taste and budget. Computer Bild recently reported in its “Touchscreen glove comparison 2020” on what models are particularly suitable and presents the best on its comparison website. There are differences as regards material and lining thickness, among other things.

As delicate as ice, but as hard as rock

If all that’s too much stress for you, you should opt for a winterproof outdoor phone. The Gigaset GX290 has been built for extreme ambient conditions and defies wet and windy weather. Thanks to its metal frame and reinforced injection-molded, two-component TPU housing, the smartphone is water-proof and rugged enough to resist raindrops or blizzards. It excels in inclement conditions thanks to its robust design, a 6.1-inch display with Corning Gorilla Glass and a 6200 mAh battery with a long life.