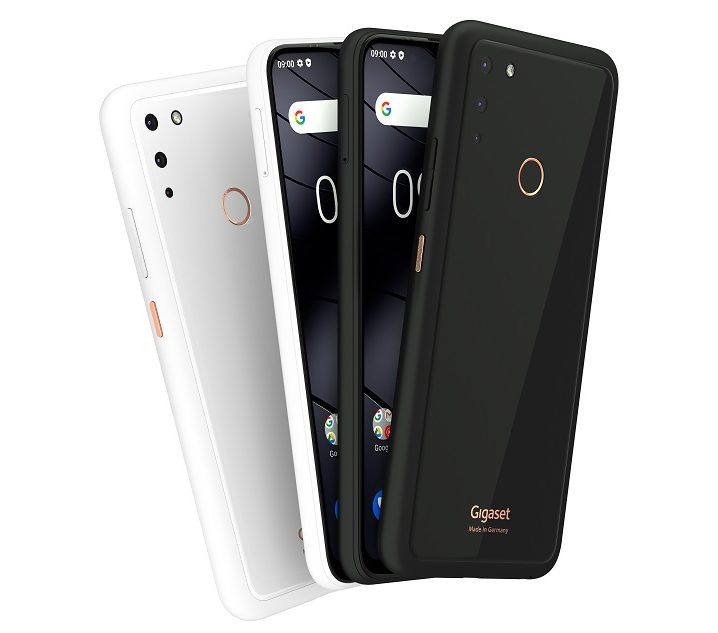 The Gigaset GS4 in the press

The GS4, Gigaset’s fifth smartphone model “Made in Germany,” is not only the smartphone highlight of the year for Gigaset. The Gigaset GS4 has also wowed several editorial teams and technology experts with its numerous features and its top value for money. From detailed reports to comparative studies – the GS4 was scrutinized by various media and always ended up impressing them.

COMPUTER BILD describes and judges several features of the GS4 in a very detailed test report. The article deals with the categories that were evaluated: design, value for money, battery, display, system, memory and camera). The GS4 impressed in particular with its unique selling point “Made in Germany” and wireless charging, a feature that is not commonplace in this price category. COMPUTER BILD also praised the battery’s life: “The battery lasted 10:17 hours with intensive use of the phone. Very good!”

COMPUTER BILD’s editorial team also highlights the GS4’s two SIM card slots and microSD memory card as impressive features. As a result, the memory can be expanded by up to 512 GB.

The editorial team of the online tech portal Techsonar was also won over by the GS4’s wireless charging feature. In a test together with the iPhone 12, it was possible to charge the Gigaset GS4 quickly and easily using the Terratec ChargeAirUp! charging pad. Techsonar writes: “The devices also didn’t become excessively warm as a result. The time the two mobile phones needed to be recharged was surprising short for wireless charging.”

“Mobile phones with a replaceable battery: A German manufacturer shows how it’s done.”

The media not only lauded the GS4’s wireless charging feature and impressive battery life. The possibility of replacing the battery if its performance wanes after a few years was mentioned and praised in an article by the German online technology portal GIGA, for example. However, it should be noted that changing the battery only at the end of its lifecycle and not regularly is recommended.

tz Munich’s big smartphone duel lined up the Gigaset GS4 against the high-priced Apple iPhone 12 Pro. The GS4 earned plaudits right away with some of its “interesting features.” Like COMPUTER BILD, GIGA and Techsonar, the tz editorial team stressed the unique selling point “Made in Germany” as well as the replaceable battery. However, tz was also impressed by the possibility of engraving the GS4 and personalizing it.

tz also liked the smartphone’s facial recognition and contactless payment features. The Gigaset GS4 won the duel hands down in terms of value for money: The iPhone SE costs around twice as much as its German counterpart.

“The smartphone for Germany”

The Gigaset GS4 was also included in the article “The smartphone for Germany” by the newspapers Syker Kreiszeitung and Wildeshauser Zeitung. The article mainly explains the environmental advantages of the replaceable battery: “That makes sense ecologically and is intended to avoid a situation where smartphones that still work are thrown away or end up in the drawer, never to be seen again,” writes the editorial team. The climate-neutral packaging, wireless charging and the option of engraving the phone are also rated as big points in the GS4’s favor.

So the GS4 is not only good-looking in terms of design, but also impressed experts with its numerous features. Whether the “Made in Germany” seal of quality, the replaceable battery, the engraving offer or the climate-neutral packaging – the crucial point is that the Gigaset GS4 has appealing features that impress everybody. The GS4 is now available in the colors Deep Black and Pure White in Gigaset’s online shop.