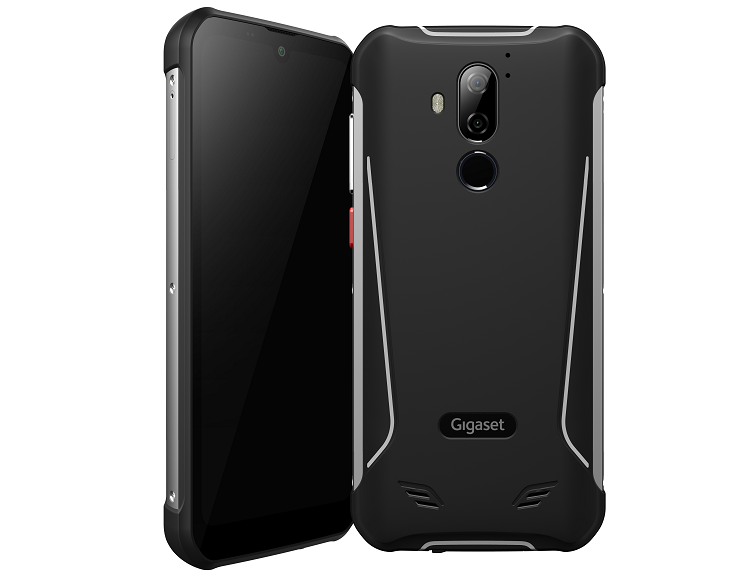 Gigaset presents the GX290 plus and GX290 PRO

Gigaset GX290 is now GX290 plus. The “plus” stands for 33 percent more RAM to really rev up the processor, and 100% more storage space. That means Gigaset’s most rugged smartphone can show off its strengths to even more supreme effect: The almost indestructible housing is dust- and water-proof and the extra-powerful 6,200 mAh battery permits wireless charging. The GX290 plus is a reliable companion that is full of staying power in private life, too – whether you’re mountain biking or doing handicraft activities. Gigaset’s new GX290 PRO for professional use likewise boasts more power and memory, the Android Enterprise Recommended™ seal of approval, optional extension of the support period for security updates, zero-touch administration using a raft of mobile device management systems, and personalization options for enterprises.

Now it’s highly unlikely you’ll have to be able to hammer in a nail with a smartphone. Yet that’s possible with the Gigaset GX290. The editorial team of the top agrar magazine have tried it out. Much has been written and a lot of testing done since Gigaset’s first outdoor smartphone was launched. The verdict of the tech magazine CHIP is “Very good.” Computer Bild praises the bright screen and singles out the “monster battery” that is great for “long journeys and can even be used to charge other devices.”

Now there is an enhanced variant of the public’s darling GX290 with extra memory and speed. “We wanted to make the device even more attractive in terms of power and features,” says Jörg Wissing, Senior Product & Business Development Manager at Gigaset.

The RAM of the GX290 plus has been increased to 4 GB to ensure that even more power-hungry applications can run smoothly when used concurrently. To provide ample space for all the required apps and files and not have to delete any important data, the memory has been increased to 64 GB – double that of the predecessor version. And the new color is more discreet: titanium gray with silver design lines and a red on/off switch that stands out visually. 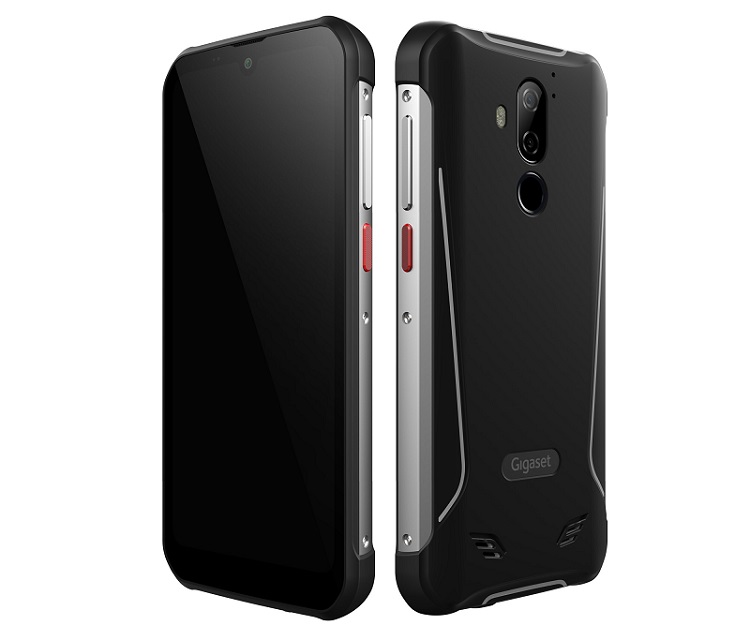 Striking red and silver tones: The design of the new Gigaset GX290 plus

With its injection-molded, two-component TPU housing additionally reinforced by a stable metal frame, the Gigaset GX290 plus defies all ambient conditions. The display is protected with rugged Corning® Gorilla® Glass 3. There is also an improvement in a further structural detail compared to the GX290: The frame around the display has been raised minimally so as to prevent damage – which also means that an optional protection film fits even more snugly.

“The GX290 plus copes with jolts or being dropped on a hard surface far better than customary smartphones – and it’s also water-proof and dust-tight,” adds Jörg Wissing. “In designing it, we also bore in mind situations where the smartphone is exposed to challenging conditions outdoors and there’s no nearby socket – for example, when you’re mountain biking, camping or on geocaching tours.”

The lithium polymer battery has a capacity of 6,200 mAh. That’s enough to deliver a standby time of 550 hours with two SIM cards and a talk time of up to 24 hours in the 3G/4G network. The battery enables fast wireless charging at up to 15 watts – and is back up to full power in around three hours. The battery is charged only to 90 percent as standard. The GX290 plus is thus part of the new Gigaset Battery Save Initiative for greater sustainability: Extensive tests have shown that the service life of a smartphone battery can be increased many times over if it is not fully charged regularly. The feature can be disabled in the device settings at any time.

The USB Type-C port also supports rapid charging by means of PE+ technology. USB On-The-Go (OTG) also turns the device into a power bank, meaning it can be used to charge external devices and connect external USB devices, such as a mouse, keyboard or storage media. The fingerprint sensor is located on the back of the smartphone and enables useful convenience features such as the ability to scroll through screen pages with one hand while keeping a secure grip on the device. The device can also be unlocked quickly and easily by means of facial recognition. The GX290 plus also boasts NFC, which can be used in contact payment or for data transfer, for example. Satellite-aided positioning via GPS and GLONASS ensures that users can pinpoint their location reliably at all times.

Bright as day – high speed thanks to eight cores

The adaptive 6.1-inch HD+ display with a V notch has a resolution of 1,560 x 720 pixels, a brightness of 580 cd/m² and a contrast of 1000:1 – ensuring excellent legibility even in direct sunlight. The operating system runs on a MediaTek Helio P23 octa-core MT6763 – the processor has a clock rate of 2.0 GHz, enables 4G LTE at up to 150 Mbit/s, and supports the connection standards VoLTE and VoWiFi. “We at Gigaset traditionally attach a lot of importance to optimum voice quality,” says Jörg Wissing. “And we naturally measure our smartphones by that standard, too.”

So that the most beautiful outdoor moments can be captured forever, the GX290 plus has a dual main camera with a 13-MP SONY sensor, which is supported by a 2-MP sensor. The software from the photo experts ArcSoft® enables further optimization of photos and supplies many functions familiar from professional photography, such as HDR, ultra HD and night mode. QR codes are recognized directly without the need for additional software.

GX290 plus for adventurers, GX290 PRO for enterprises

There is also a new business variant of the GX290 with the affix “PRO” – it is identical to the GX290 plus in terms of power and design, is Android Enterprise™ Recommended and offers many advantages when it comes to administration and everyday use at work thanks to the zero touch option. The device has already been certified for SOTI Mobile Device Management and security updates are optionally offered for a longer period of time. The GX290 PRO can also be personalized as part of company orders. That is possible thanks to Gigaset’s production and manufacturing sites in Germany. Company logos, IMEI numbers, department names or other individual information can be engraved on the devices’ rear, even if only small quantities are involved. The software to be installed can also defined in advance, if desired. The GX290 PRO is flexible to configure – from the start screen with the company’s own logo, the range of apps, to wallpaper and ringtones such as a company jingle. More information on that can be found here.

The Gigaset GX290 plus in titanium gray with silver design lines goes on sale at retailers and in the Gigaset online shop at the RRP of €329 as of the beginning of March 2021. The Gigaset GX290 PRO for enterprises costs €399 (RRP) – please send an e-mail to business.support@gigaset.com for more information.