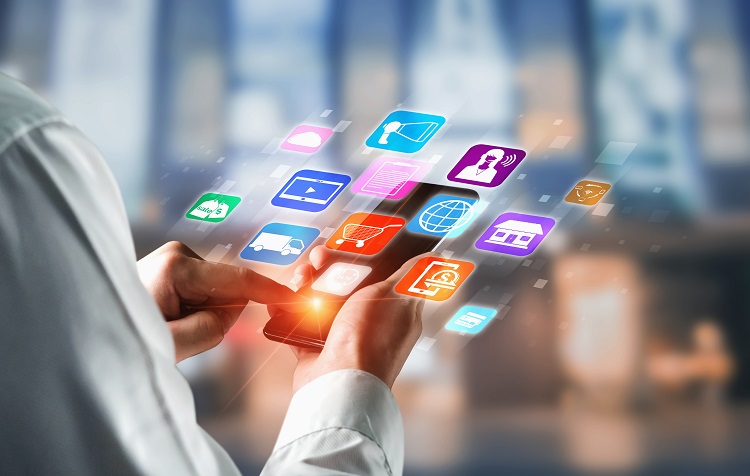 Finance Minister Olaf Scholz (SPD) will have to take on far more debt in 2021 than previously planned, the Spiegel reported in its November edition last year. “According to Spiegel information, experts from his ministry and budget experts from the government factions expect the federal government to take out up to 125 billion euros in new loans in 2021.” That will be exactly the sum that mobile phone users worldwide have spent in the app stores of Apple, Google and the Android derivatives in China. At a total of 143 billion US dollars, the American market research company App Annie estimates in its current report “The State of Mobile 2021”, which has just been published. Consumer spending has thus climbed to a new record level.

And there is another new record. According to heise online, 218 billion new apps were downloaded last year and average mobile phone use rose by 20 per cent to over 4 hours a day.  According to experts, there are two reasons for this: Mobile adoption continued to increase worldwide in 2020 and the COVID-19 pandemic further accelerated this process. In the home office and home schooling, users used their mobile devices for education, employment and entertainment and the number of downloaded apps, subscriptions and services in this area increased accordingly.

More app installations than ever before

The latest study by the market research company Sensor Tower also shows that Google’s Play Store and Apple’s App Store benefited the most from the boom. The two platforms account for almost 143 million first-time installations – and thus almost a quarter more downloads than in 2019. Worldwide, users spent 72.3 billion US dollars in Apple’s App Store – an increase of a whopping 30.3 percent compared to the previous year. Google recorded a similarly high growth rate, but has to settle for a smaller piece of the pie: The Play Store generated $38.6 billion in app sales. Apple’s App Store thus continues to generate almost twice as much revenue as Google Play (38.6 billion US dollars in app revenue), according to the market researchers. Google Play’s turnover with and in apps has also grown by 30 per cent, but the gap to the App Store has not narrowed. Google Play, however, lacks the app sales of the giant market China, where the App Store is present, as the trade magazine heise.de reports. 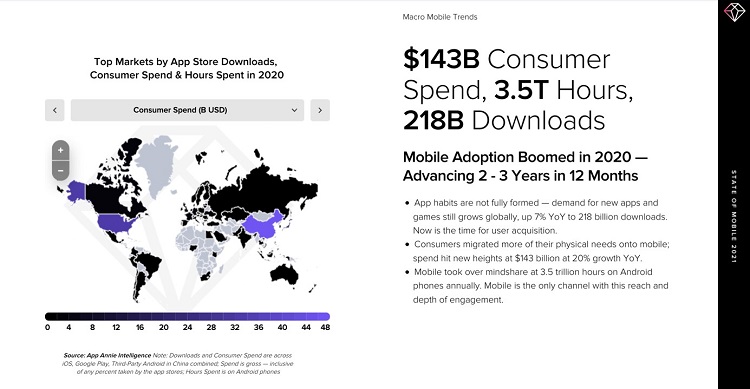 What is striking is that it was not the so-called “Generation Z” that was ahead in app use, but the Baby Boomers, especially in the USA.

Generation Z, aged 16 to 24, recorded the largest increase with a year-on-year increase of 11 percent in usage time. However, Generation X aged 45 and over also spent seven percent more time on their smartphones than in the previous year. Millenials aged 25 to 44 have increased their mobile phone usage time by only three percent.

TikTok is making huge gains in the social networks

Zoom Video Communication recorded the most first-time installs with its app Zoom in 2020, 212.5 million in Apple’s App Store alone. This meant that the app, which was the talk of the town in 2020, achieved an incredible 1,686 per cent year-on-year growth.

The company had gone public in 2019 at $36 per share, was trading at $68 last January and is currently in the $340 range. On Google Play, the most first-time installs were for WhatsApp – which also offers video calling.