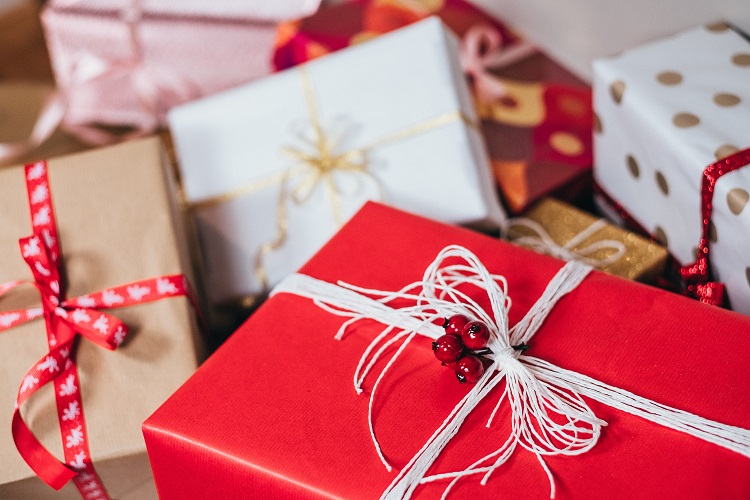 Do you enjoy giving presents? Then Gigaset turns Xmas into a true feast! Part 1

Family and friends are sitting around the Christmas tree and their excitement and anticipation about what’s in their presents are growing. But will everyone get just what they want or need? Whether for the teenage daughter, student, young-at-heart great-aunt or grandparents – Gigaset’s portfolio has something for everybody. An international communications technology company headquartered in Bocholt, North Rhine-Westphalia, Gigaset offers products from the smartphone, phone, smart home and professional arenas.  Today we present our best smart home and phone gifts.

Martin has moved into his own flat …

since when he’s lived off pizza and fast food. The Gigaset smart speaker L800HX puts an end to that. His grandmother can finally tell him how to cook things live over the phone. 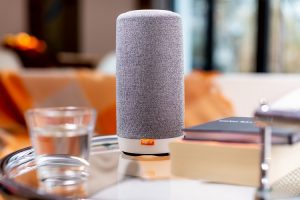 and talks about all he experienced with his Jenny when he was young. Most of all, he’d like to call Jenny when he’s out and about to ask whether she’s bought everything for his favorite cake, but this newfangled technology is much too complicated for him. Now that’s no problem any more thanks to the GL390 smartphone for seniors. 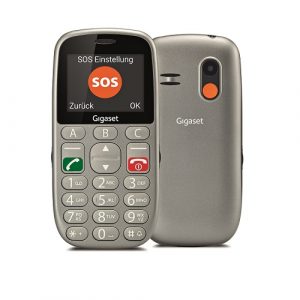 The Gigaset GL390 is a handy smartphone for senior citizens and comes with an SOS button. The ringtone and call volume can be set to very loud, while the keys are large, clearly labeled and backlit. The GL390 boasts hearing aid compatibility and a 2.2-inch color display, a camera for snapshots, FM radio, alarm, calculator and torch round out the package. The Gigaset GL390 has a highlight on its rear for emergencies: the SOS button. Up to five numbers can be stored under it and are dialed automatically one after the other – until someone answers. It is also possible to set the phone so that an alarm is triggered when the SOS button is pressed so as to catch the attention of nearby people. The smartphone has a recommended retail price of €49 and can be purchased here.

and is over the moon because she can use this fixed-network phone without glasses. The Gigaset DL580 is a convenience phone with large keys and so is also particularly suitable for the elderly. 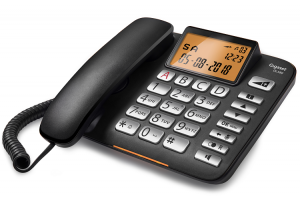 It is equipped with an amplifier function to turn the volume up to extra-loud, an illuminated display with a large font, and four direct dialing keys for important numbers.  The phone has hearing aid compatibility and also a visual alert: an LED on the front flashes to indicate calls. The Gigaset DL580 has a recommended retail price of €49 and can be purchased here.

with her sister Maria, preferably with her fixed-line device out of a fear of radiation. 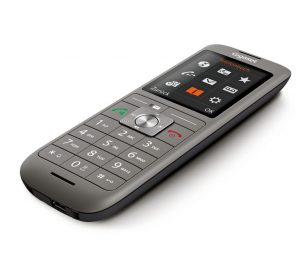 The Gigaset CL660HX unites design and functionality. Visually appealing with a large color display, the phone stands out with its exceptional voice quality. It can be connected to any Internet router with a DECT base station. And managing contacts couldn’t be easier with the CL600HX. Up to 400 contacts can be stored in the address book and synchronized with the PC. Like all Gigaset cordless phones, the CL660HX comes with environmentally-friendly ECO DECT technology. That means the phones are radiation-free in standby mode and their transmitting power is also reduced during calls. The phone has a recommended retail price of €69 and can be purchased here.